By ExtrovertedIntrovert (self media writer) | 25 days ago

Man United fans are basically the happiest in the world of football right now after acquiring the signing of their former star in Cristiano Ronaldo. He made the decision to rejoin United in the last few days of the transfer window after a lengthy conversation with the new Juventus coach, Masimilliano Allegri. 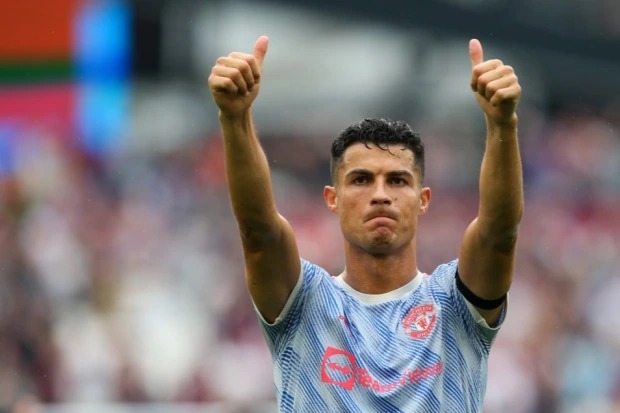 The five time Ballon d'Or winner has netted in each of his United's outings since he rejoined. He scored a brace in his second debut for the Red Devils against Newcastle United before netting another in their first UCL match of this campaign where they lost 2-1. Aaron Wan Bissaka was shown a red card early in the First half but United showed true fighting spirit. 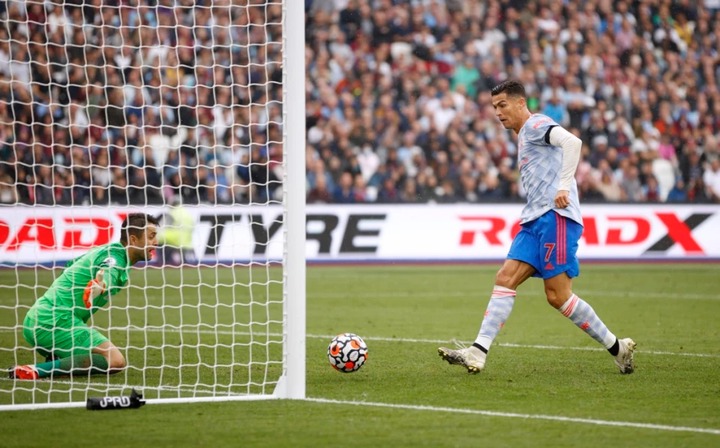 Last weekend the veteran footballer netted a tap-in against Westham at London stadium where they won 2-1 thanks to David de Gea who saved Mark Noble's last minute penalty kick. Ronaldo played a huge role in saving the penalty as he directed Spanish goalkeeper which side he had to dive to punch well-executed spot kick. 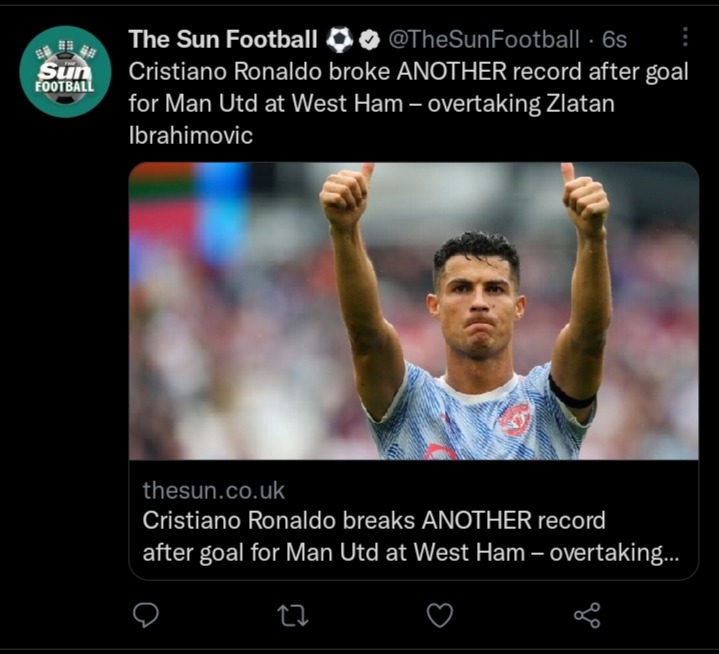 This has seen Ronaldo break another record which was previously held by Zlatan Ibrahimovich. He becomes the first player to score in 66 different stadiums since 203-04 season surpassing Zlatan. Truly, Ronaldo is a record breaker. 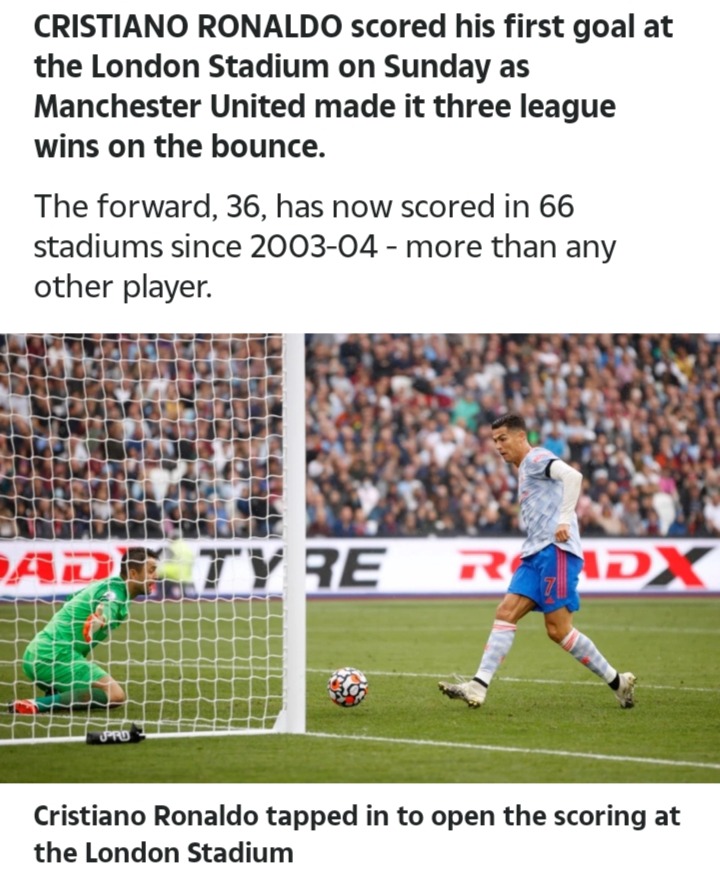