Today, Manchester City made official Kalvin Phillips' signing, making him a member of the club's roster. The 26-year-old player was transferred from Leeds United to Manchester City for a total fee of £42 million. The English international had offers from several clubs, but he ultimately decided to sign with Manchester City and play under Pep Guardiola. Manchester City has officially signed the midfielder and assigned them jersey number "4". 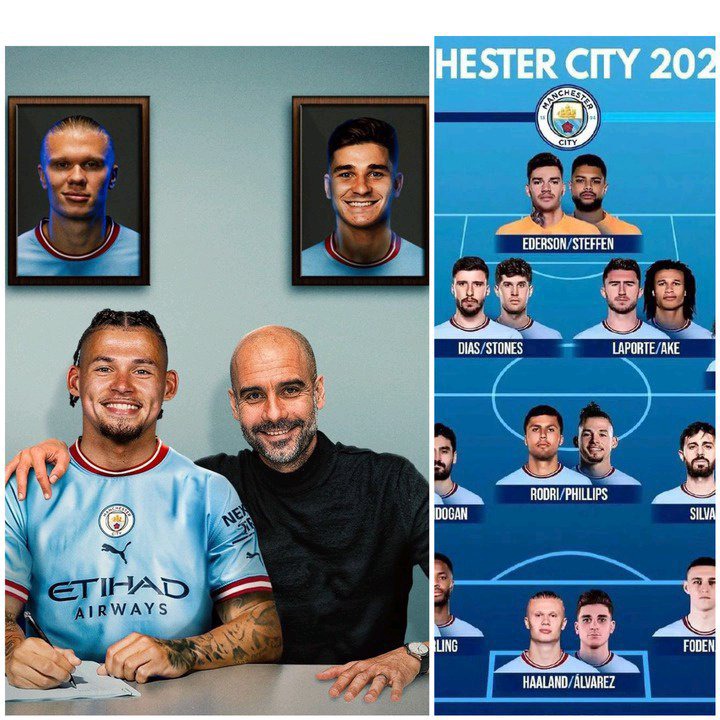 Despite the importance of adding Kalvin Phillips this summer, Manchester City's major purchase this summer was the acquisition of Erling Haaland. Haaland will start the upcoming season as the striker for Manchester City after being bought away from Borussia Dortmund. 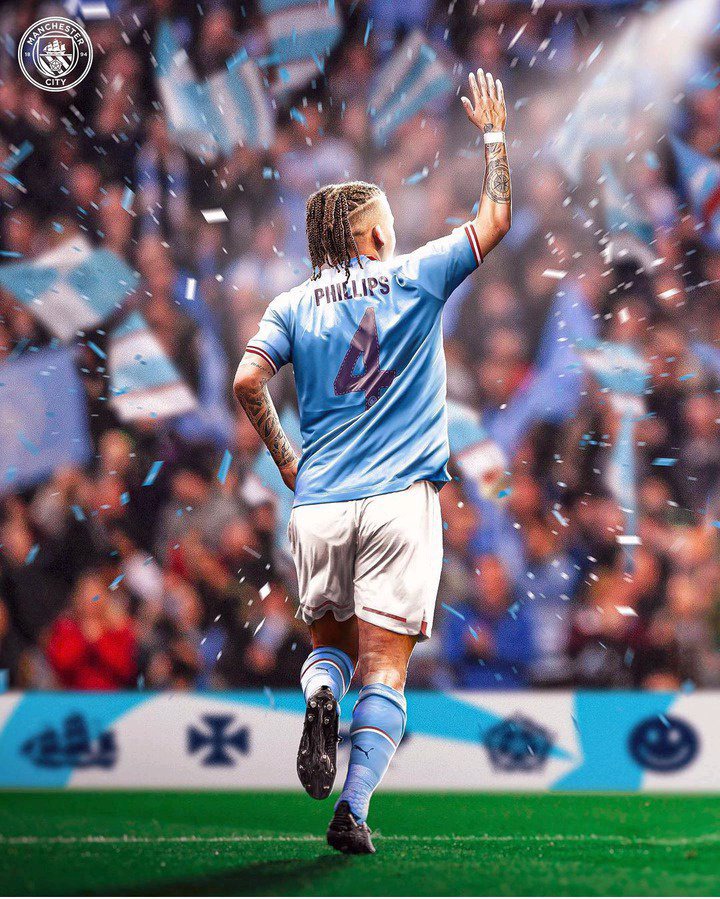 Additionally, one of the top goalkeepers in the Bundesliga, Stefan Ortega, was just signed by Manchester City last week. The 29-year-old athlete is a free agent who signed with the team.

As a result of the agreements, the team's starting lineup will be different for the upcoming season. Since the players who have recently joined the club are widely considered to be among the greatest in Europe, we can confidently say that we will form the team's strongest lineup next season. Therefore, incorporating each position's potential sub, below is Manchester City's strongest team for the upcoming season: 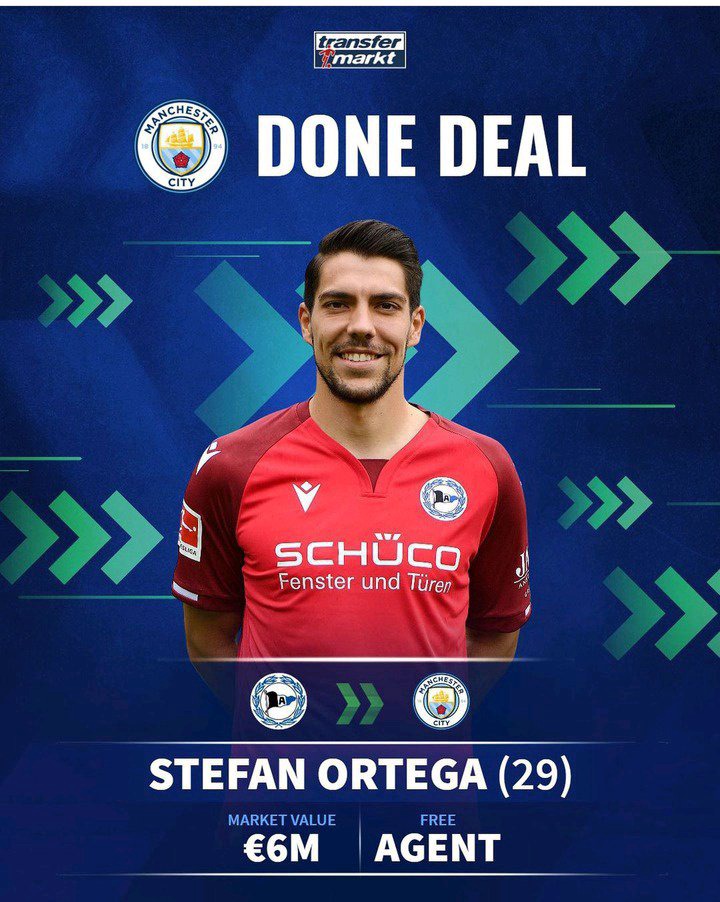 For the foreseeable future, Ederson will continue to serve as the starting goalkeeper. New goalkeeper signee Stefan Ortega, though, will be starting in his place. The defense will consist of Joao Cancelo, Reuben Dias, Zinchenko, and Laporte. Walker, Stones, and Nathan Ake will be the defensive subs. 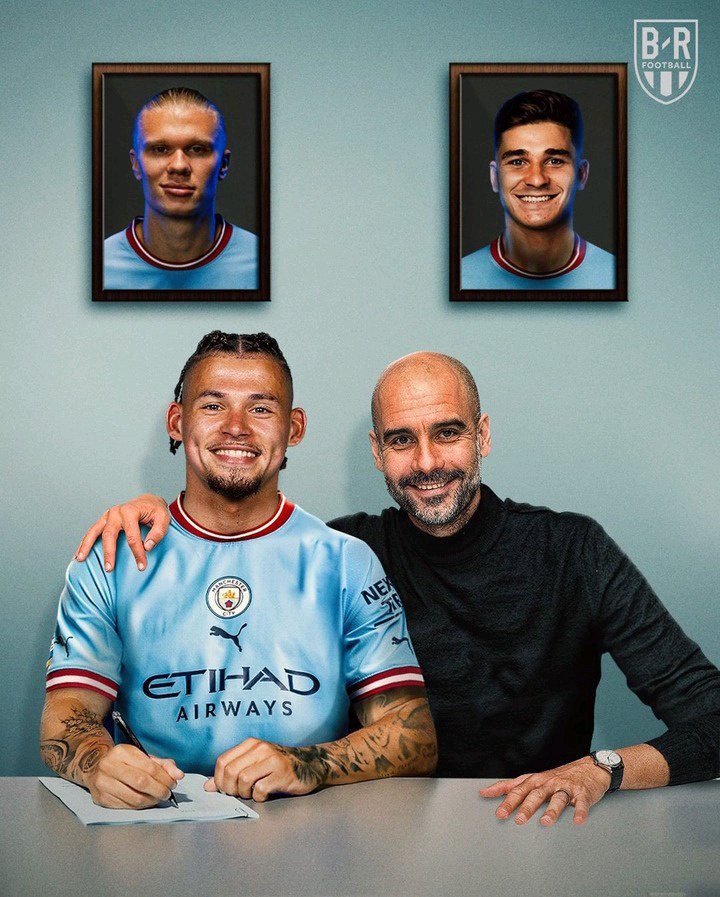 Bernardo Silva, Rodri, and Kevin De Bruyne will man the midfield for the team. The midfield substitutions will be Ilkay Gundogan, Cole Palmer, and the freshly recruited midfielder, Kalvin Phillips.

Riyad Mahrez, Erling Haaland, and Phil Foden will rotate among the forward positions. Raheem Sterling, Alvarez, and Jack Grealish will be coming in as subs. 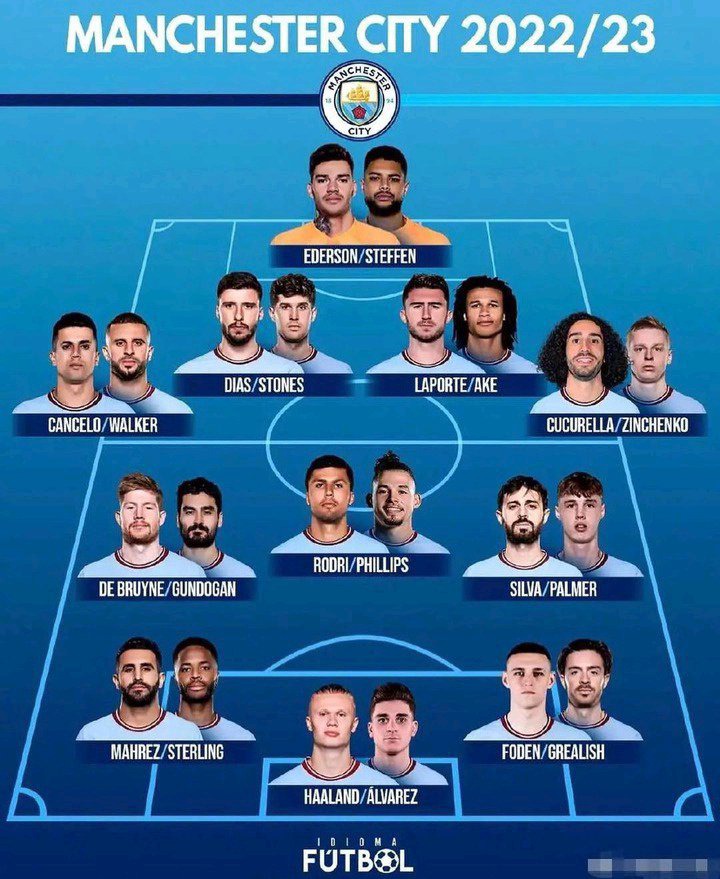 I'm interested in hearing your thoughts on this. Is this Manchester City team strong enough to win the UEFA Champions League? Can they repeat as Premier League champions next year?

Top 10 Clubs With Most Ballon D'Or Awards In Football History

Revealed: Here Are The Total Votes Kalonzo Musyoka Delivered To Raila Odinga In The 2022 Polls