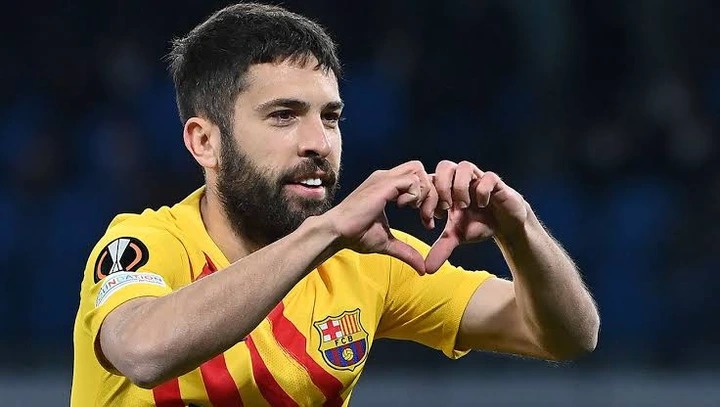 There are just a few days left before Barcelona kicks off the 2022–2023 La Liga season against Rayo Vallecano this coming Saturday, and the Catalan club is now dealing with a problem with the registration of its players.

The Spanish giants have not yet registered any of the five new players that joined the club this summer, and neither Sergei Roberto nor Ousmane Dembele, who both received contract extensions, are registered either.

Jordi Alba is one of the players for Barcelona who has volunteered his assistance to the club.

Jordi Alba, another one of Barcelona's captains, is said to have volunteered his assistance to the club in their time of need, as stated in a story that was published not too long ago by ARA. According to the report, the seasoned left-back is willing to renegotiate the terms of his contract and is amenable to postponing the payment of his salary in order to facilitate the registration of other players.

The 33-year-old player had taken a wage cut and accepted a deferral over the previous summer, despite the fact that the reduction in compensation was not particularly significant in his instance.

It is still unknown if Lewandowski, Jules Kounde, or any of the other newly signed players for Barcelona will be allowed to participate in the game against Rayo Vallecano.