By GerryTips.com (self media writer) | 27 days ago

High-flying Arsenal will be aiming to extend their winning run in EPL to three games when they welcome Watford to their Emirates Stadium on Sunday afternoon. The Gunners produced a fine display in a 2-0 win at Leicester City, and it is no surprise Mikel Arteta’s men are seen as favourites to beat the Hornets in front of home fans. Granit Xhaka remains on the sidelines with a long-term injury, but Arteta can count on key players for Sunday’s clash.

Watford, on the other hand, failed to impress in a 1-0 loss to Southampton, and given Arsenal’s fine form, we predict that the newcomers are going to return home empty-handed. Both Kabasele and Etebo are sidelined with injuries, but there are no suspended players in the away team ahead of the trip to London. In their last meeting at the venue Arsenal defeated Watford. 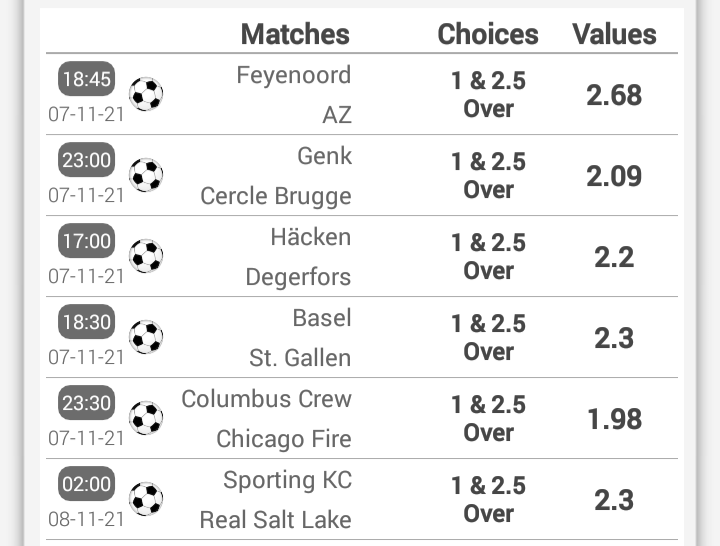 Everton and Tottenham take on each other at Goodison Park in what is expected to be one of the most entertaining games of Sunday’s program. The Toffees have been struggling in the Premier League ever since key players suffered injuries. Richarlison is back to contention, but Sigurdsson, Doucoure, Calvert-Lewin, and Andre Gomes remain in the recovery room. Since Everton failed to impress in a 2-1 loss at Wolverhampton, home win should not be considered.

Spurs chiefs, on the other hand, sacked Nuno Espirito Santo following a 3-0 loss to Man Utd. New boss Antonio Conte is on a quest to build a very strong squad, but he will rely on Son and Kane in Sunday’s clash. Given the number of absentees in the home team, we believe that there is a big value in betting on Spurs, who are widely expected to improve their game under the new manager. Bryan Gil is a major doubt, while Ryan Sessegnon remains on the sidelines with injury.

Elland Road will host Sunday’s football game between Leeds United and Leicester City. The Whites desperately needed a win against Norwich City, and they managed to get one. Marcelo Bielsa’s men are eager to escape the danger zone, and they are likely to adopt yet another attack-minded approach. A man to watch in the home team will be Raphinha, who found the net in the last league match, while all Ayling, Koch, and Bamford remain on the sidelines with injuries.

The Foxes, on the other hand, aim to bounce back from a 2-0 loss to Arsenal where they missed a couple of clear-cut opportunities to score. Given Leicester’s attacking potential, we believe that there is a big value in betting on both teams to score. All Justin, Fofana, Mendy, and Albrighton remain in the treatment room for the visiting side.