By Okwama (self media writer) | 7 months ago

Arsenal have reportedly agreed personal terms with Anderlecht midfielder Albert Sambi Lokonga and are now just waiting for a breakthrough in talks over the transfer.

The Gunners may have to pay out around £18m for the midfielder, who has taken the Belgian top flight by storm in the last two seasons.

Mikel Arteta is understood to be keen to bolster his midfield with a number of players expected to depart as he looks to shake up his squad.

The Belgian, who came through Anderlecht’s ranks, has two years left on his current contract and is valued at around £10.8m, making him their most expensive player and the sixth most expensive in the Jupiler Pro League. 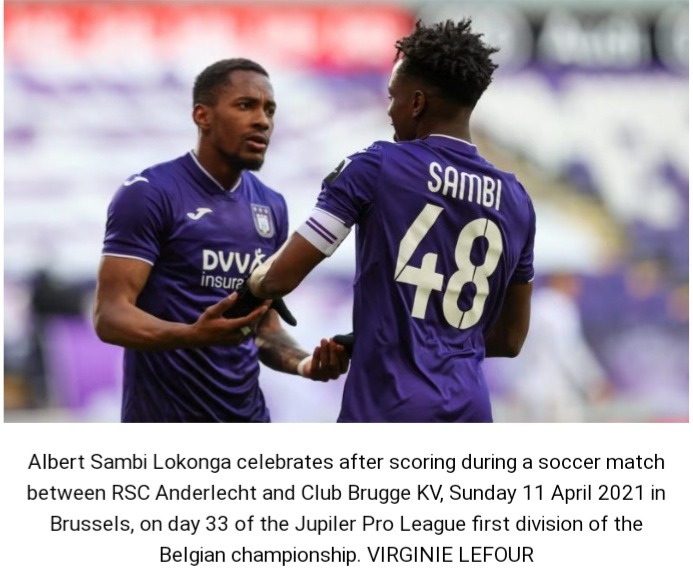 The Gunners were once perennial top four finishers in the Premier League but they have failed to finish in the Champions League spots since 2016.

They endured a particularly poor 2020/21 season, with Mikel Arteta's side stumbling to an eighth place finish.

The report from Belgium also claims that Arsenal were interested in Sambi in 2019 before he signed an extension with Anderlecht but no offer was forthcoming at that time. 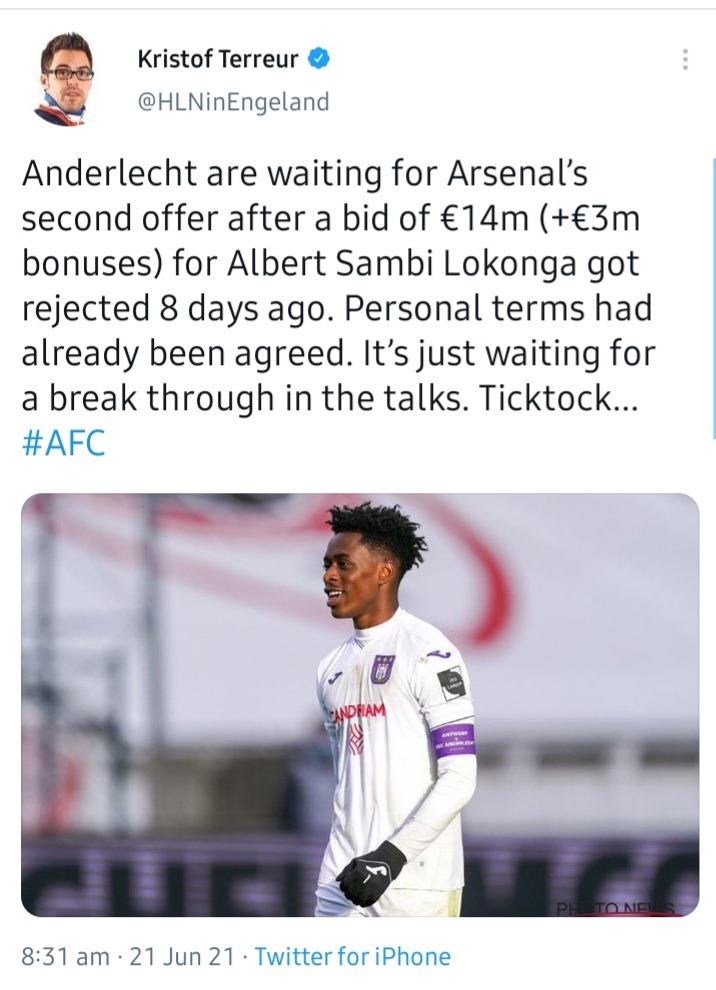 The Gunners saw a first bid for Lokonga rejected by Anderlecht, but Belgian journalist Kristof Terreur has an update on the situation.

Arsenal have been linked with a move for Albert Sambi Lokonga since the start of June, when they were said to be ‘intensely’ interested in the 21-year-old captain of Anderlecht.

Since then, the rumours have moved quickly. Arsenal had made an enquiry by 11 June and then, on 15 June, we learned that Arsenal’s first bid had been rejected.

Anderlecht youngster Albert Sambi Lokonga is the man Mikel Arteta's side are chasing and they've already had a £13.5million bid rejected by the Belgian side. 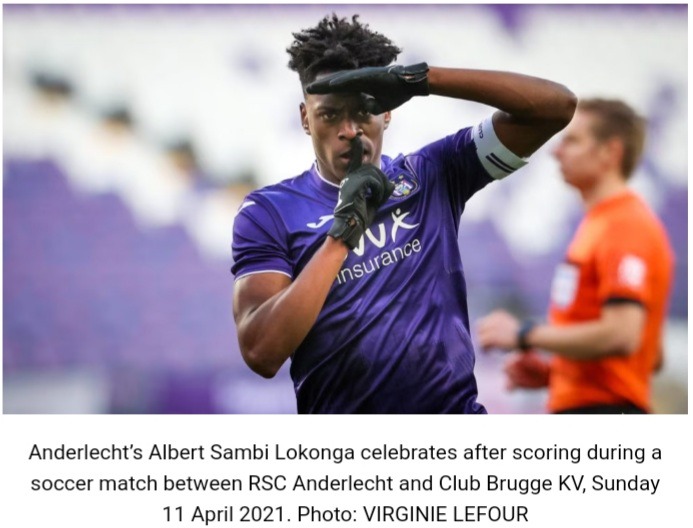 AC Milan and other European clubs are interested, and Lokonga has recently started to break into the Belgium national team. He made the squad in March and is on the Euro 2020 standby list.