Most coaches prefer to build their play and attacking from the back and that is why they prefer full backs with technical ability who can play as second wingers. The world of football has witnessed Left backs who can make play, score or assist unlike traditionally where a left back's work was only to defend. Here are the best left backs in the world in 2021.

The Liverpool and Scottish defender has been the best in the current years. His involvement in attacking and his ability to defend makes him the best at the moment.

The Left Back has been influential for Bayern Munich and the Canadian national team. He helped his country achieve a spot at the 2022 Quatar world cup.

The AC Milan and French left back helped his club achieve a champions league spot. He was also influential for France during their Nations league winning campaign.

He was with no doubt the best left back at the Euros although he didn't finish the campaign due to an injury. He played a big role for Italy who emerged as winners.

The Barcelona and Spanish left back has been influential for Barcelona and Spain. He helped his country reach the EURO and Nations league semifinals. He also helped Barca achieve a top four spot. 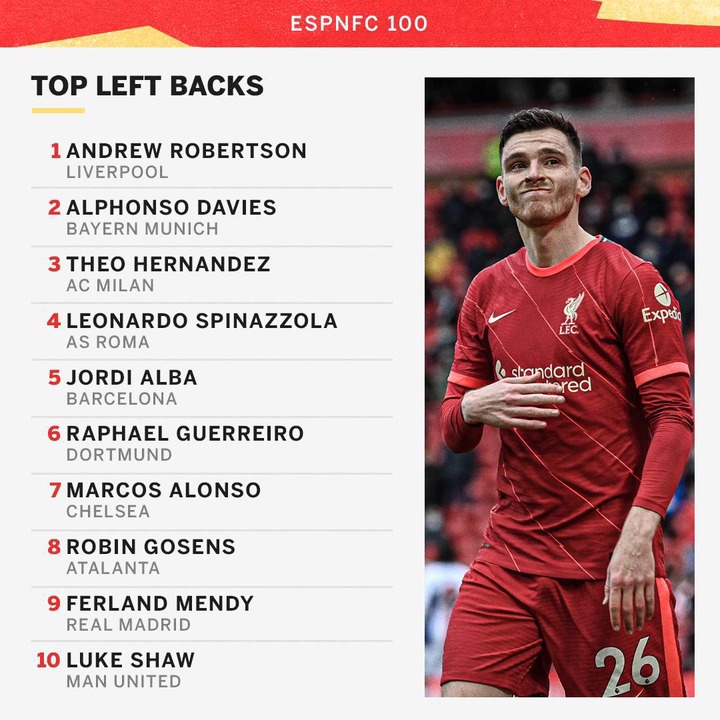