Manchester United fans have vented their frustrations at two of their players following their pivotal victory over David Moyes' West Ham United. Manchester United waited until extra time to strike the game-winning goal.

Marcus Rashford, who was inserted an hour later, was the difference-maker.

He entered the game in the 62nd minute in place of Anthony Elanga. 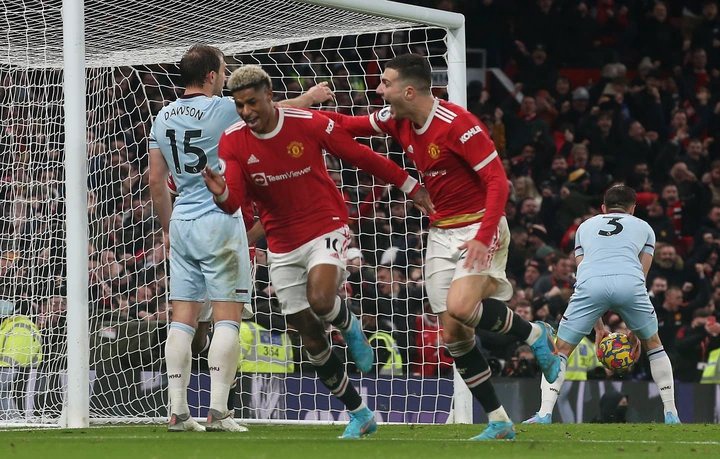 The vital victory vaulted the Red Devils into fourth place, leapfrogging Westham. Reactions: Angry spectators were not pleased with the way Elang and Greenwood conducted themselves during the game.

The coach favoured the two youths, but the winning goal came after they were substituted.

Fans are now pleading with the coach to consider Rashford, Sancho, and Martial. 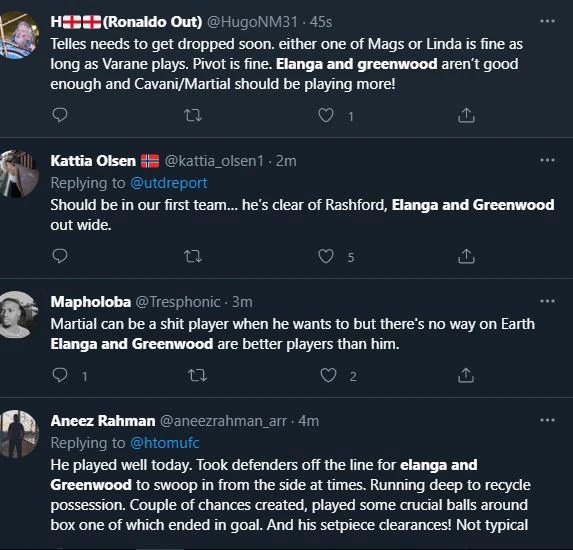 @salihadel: Manchester United played an excellent game against a defensive club, although their substitutions came a little late. I anticipated that the coach would switch Elanga and Greenwood early.

@GBryer: Martial looked quite excellent for the five minutes he played, especially for someone who hasn't played in a long time. Throughout the game, he appeared to be a greater menace than Elanga and Greenwood. I'm hoping to see more of him at #MUFC.

@Mr. Khan99_: I don't understand the hype surrounding these Elanga and Greenwood players. They simply appear to be more overrated, overhyped, and overprotected than the academy players emerging from Manchester United. 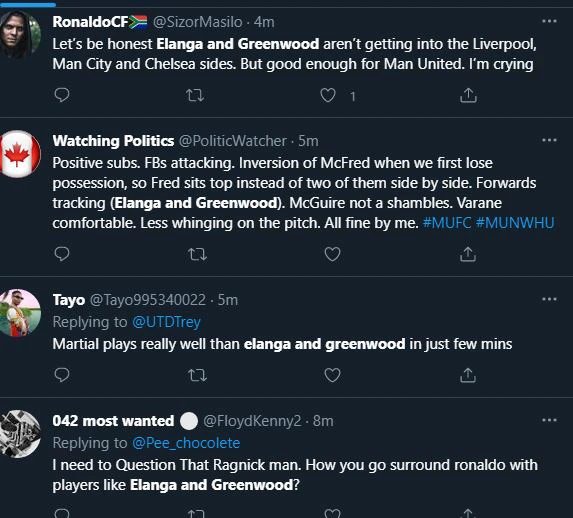 @FOTG16: Tell me one positive thing Elanga and Greenwood did in the first half; it's almost as if performance is irrelevant anymore; all that matters is scoring, and the misguided fools eager to propagate toxic positivity will cheer you.

Use Martial and Rashford; they are far from rubbish in comparison to what Elanga and Greenwood are doing.

Reactions After Erick Ouma's Man Of The Match Accolade In Sweden

Gachagua, Babu, Waiguru and Sonko May Not Be in The Ballot