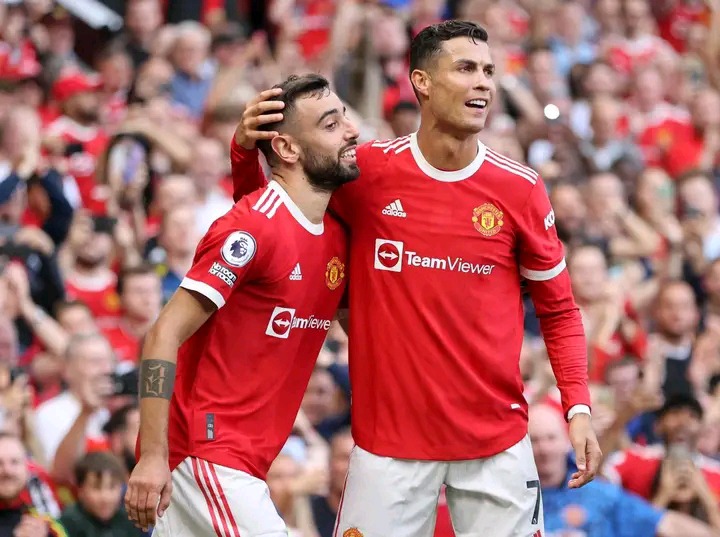 According to reports by Fabrizio Romano ,Bruno has spoke about Ronaldo's situation in Manchester United.He has revealed that he had spoke with Ronaldo weeks ago and he was expecting him to meet Ronaldo on day four for the pre-season trainings.

Ronaldo was actually the most outstanding player for Manchester United last season where the Portuguese scored 18 goals in 30 premier league matches.His stay at Manchester United has however been doubtful especially after the team failed to qualify for champions league.

Manchester United however does not want him to leave and they are trying as much as possible to ensure that the player remains ahead of next season.The prolific striker has however not featured in the recent pre-season training.

Despite not participating in the recent trainings the Portugal star is not going anywhere and he will be playing for Manchester next season. 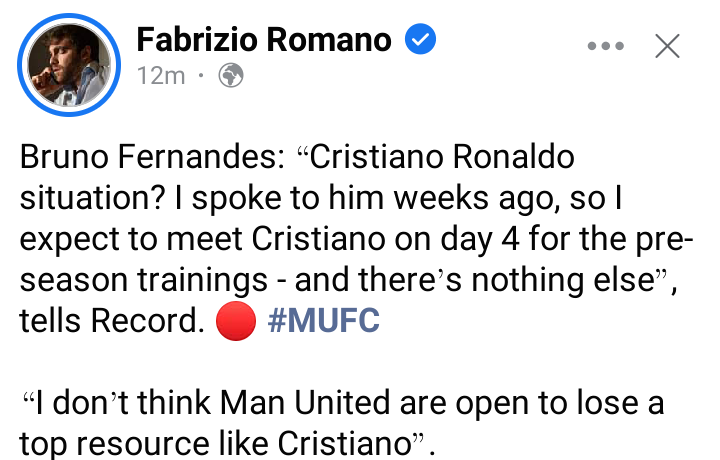