Arguably The Best Keeper In The League, Mendy Provides Unreal Saves To Take Chelsea Top of The Table 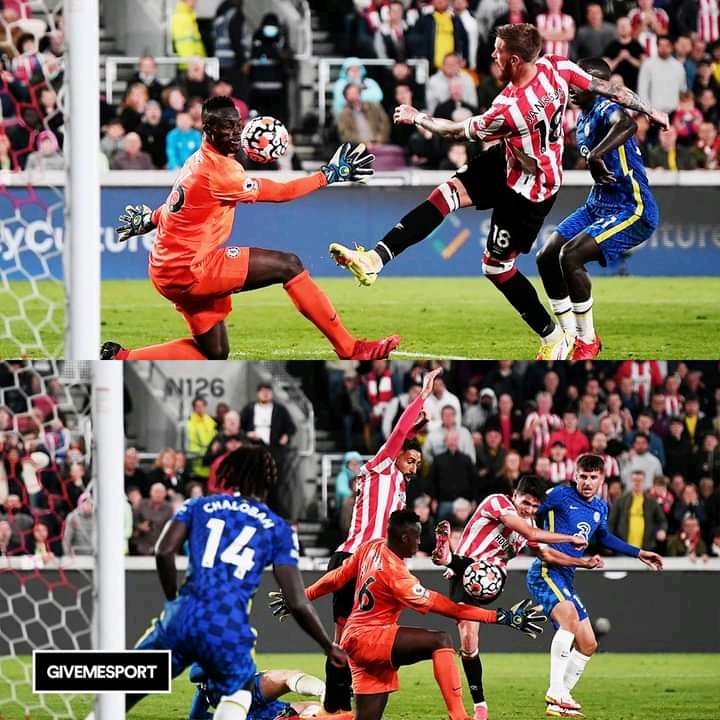 Chelsea goalkeeer was arguably the best player in the encounter against Brentford with a fantastic man of match perfomance, and especially in the second half.  Chelsea took the lead in the first half via a Ben Chilwell goal and the game would go into halftime with the away side leading.

The second half looked bright,but this time for the homeside.It was shot taken after shot as Chelsea defenders were put to work by the determined Brentford side.

Seemingly the ball was now being played in the Chelsea half after some tactical changes by Brentford.Instead of ground balls,they resorted to aerial balls which almost went in

However it was Edouard Mendy's heroics that secured all the three points for Chelsea.Constantly he put his body over the line.He even had to be attended to by the medical team at some point.