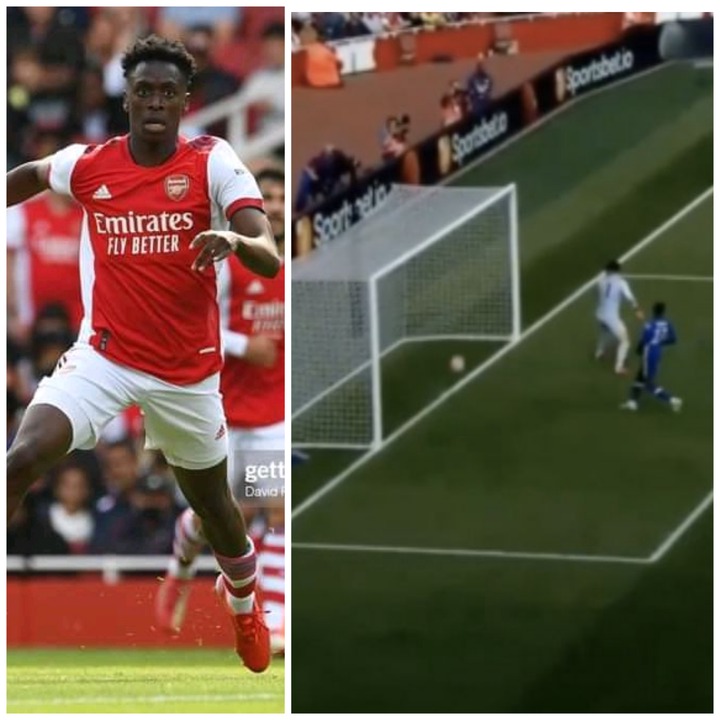 Arsenal new midfielder Albert Sambi Lokonga was a second half substitute in their friendly against Chelsea yesterday.He came on to replace Mohammed Elneny also after Thomas Partey had gone out with an injury.

He then went ahead to set up team mate Joe Willock for a beautiful stunner that would later be disallowed.Its understandable since VAR was not in use yesterday as it was a friendly.From the image below, clearly the ball was passed the line and the game should have ended 2:2. 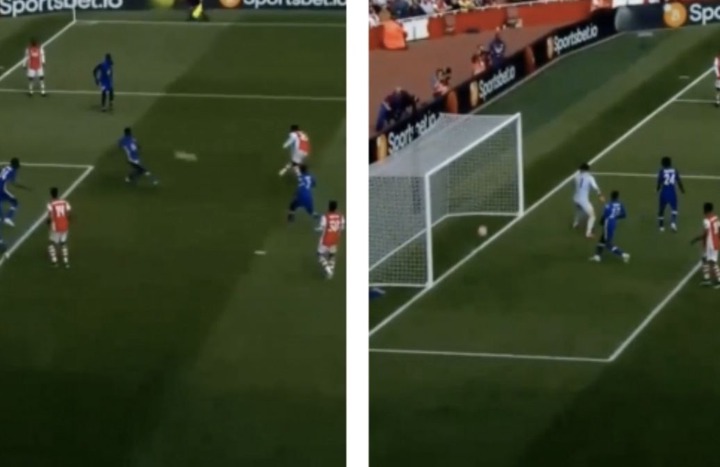 On his post match reaction, Lokonga was asked about why he shouted to the referee.He said that he shouted because for him the ball went inside the box then bounced back,that's a clear sign of a goal,but then the referee decided to rule otherwise, No Goal! The referee claimed that he was not sure and of course you can't blame him for that. 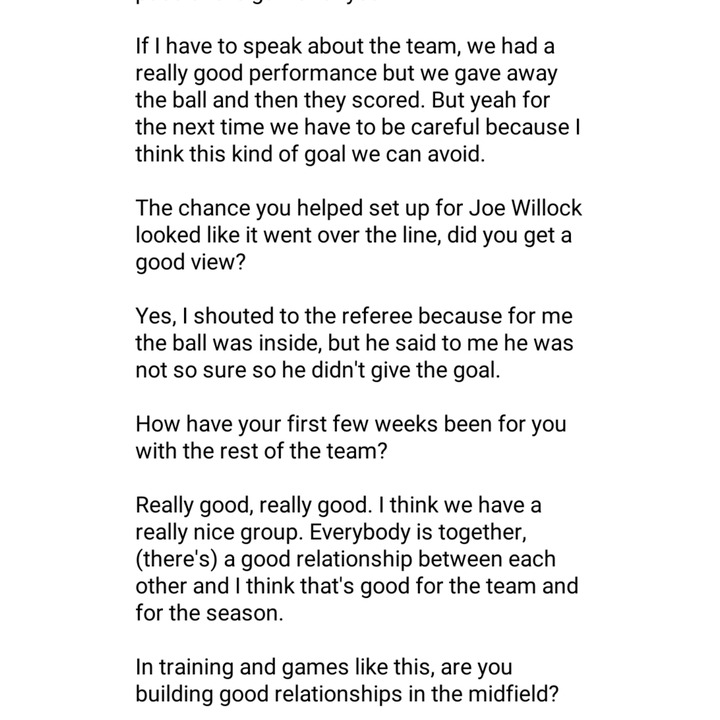 He also talked of small mistakes that the group should avoid such as the one that led to the second goal and said there's room to do more. 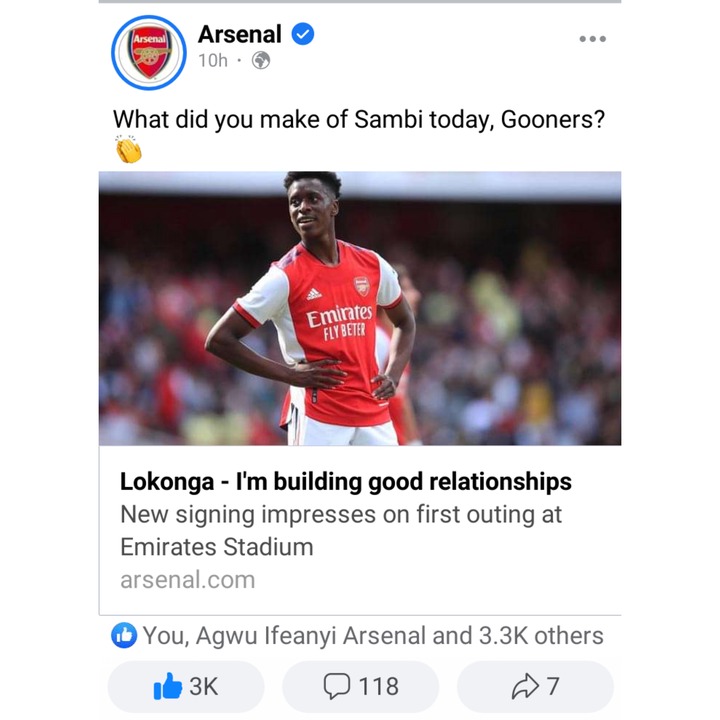 (The interview is as captured from the Arsenal website)

He also talked about being happy to have played his first game and in front of the fans and described it as a great feeling.