By Kenyaexpressnews (self media writer) | 2 months ago 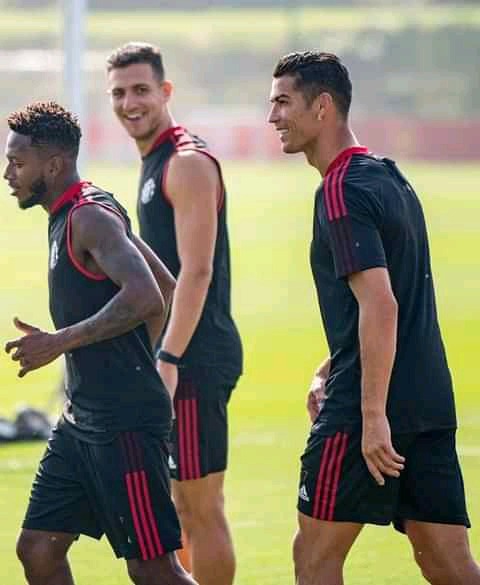 Indeed yesterday was a great honor for manchester United fans, players of the club and the management while welcoming the " goat" back to home for his second debut for the club.

Ronaldo is expected to bring an immediate impact to the club and fans when they will be playing their fourth premiere league match against Newcastle United and later on Tuesday next week when they will start their champions league campaign against young boys club.

Ronaldo was photographed having a deep conversation with the coach of united olegunnar,, after which he was introduced to other teammates players and started the training. 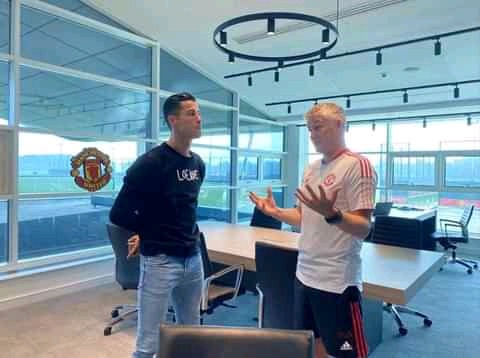 Remember this comes after the "goat" broke the mans top international top scorer for Portugal.

It remains to be seen whether Cristiono will be available against the Megapies Newcastle United on Saturday 15:00 in Oldtrafford.

From the pictures photographed he is seen training with some of the players who were not included in their national teams to play,, the likes of Alex telles, Diego dalot also the other new signing Jordan Sancho who never participated in Nationals due to the slight injury he received during England's training

Place These Matches and Win Handsomely(138odds).