Arsenal have announced the signing of Goalkeeper Matty Turner from New England Revolution on a long-term contract. The 28 years old US international has made 18 appearances for his country and 102 appearances for New England Revolution during his 6 years with MLS side. Matt Turner is the 3rd summer signing for Arsenal after Fabio Vieira who joined Emiratea from Porto at €35 Million, Marquinhos and Eddie Nkeitah signed a 5 year contract at Emirates. 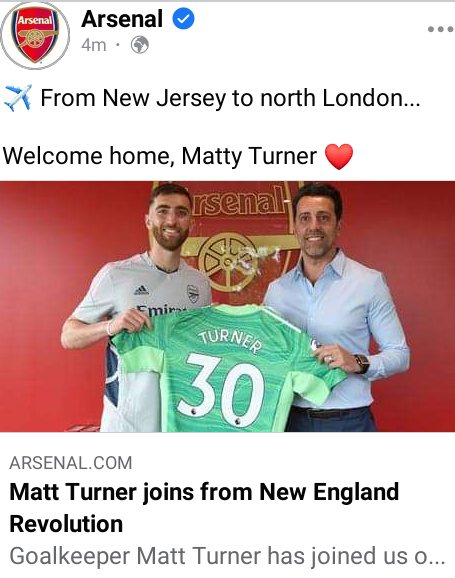 Arsenal are reportedly strongly intrested in Lens midfielder Seko Fofana who is rated at £34 Million after impressive season at French Ligue 1 last campaign. 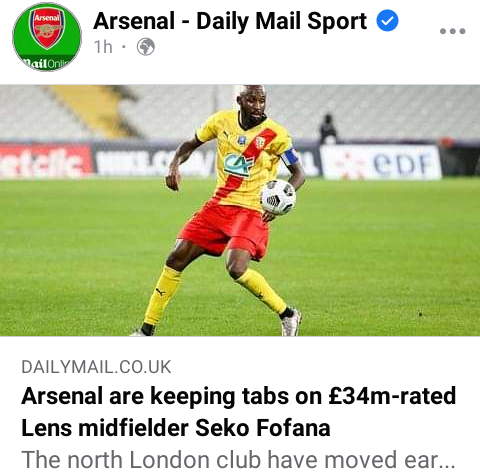 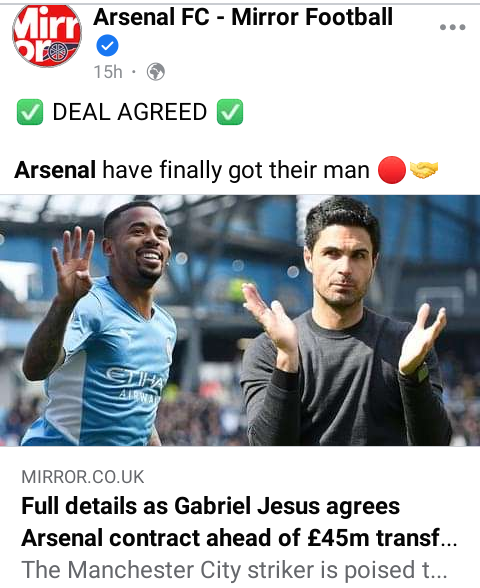 Arsenal have scheduled Gabriel Jesus medical tests this week between Tuesday and Wednesday after reaching full agreement on a 5 year contract that will see him earn around £190K per week. Manchester City will receive £45 Million transfer fee for Gabriel Jesus who is set to fly to London for his medicals this week. 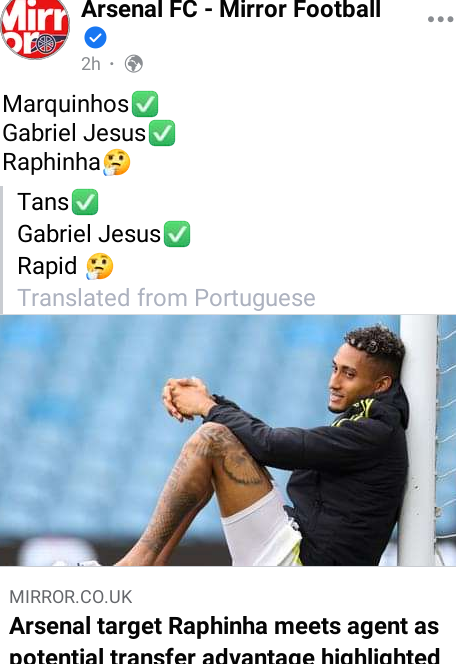 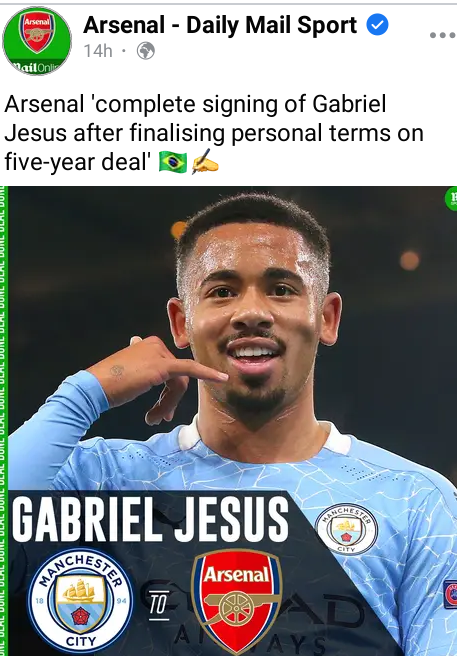 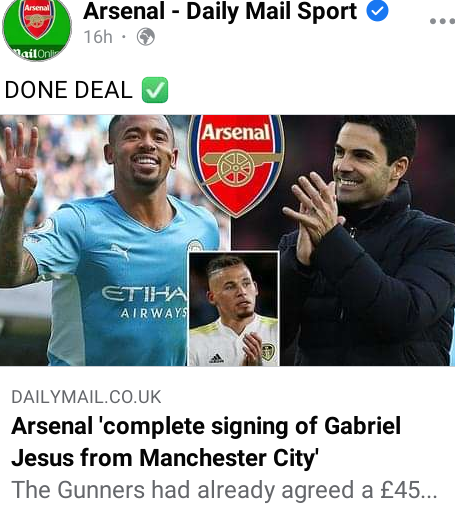 Arsenal have reportedly agreed personal terms with 24 years old Argentine defender Lisandro Martinez after their intial offer of around £30 Million was turned down. Arsenal are negotiating with Ajax on the transfer fee as Arteta is keen to sign the left-back as Nuno Tavares replacement. 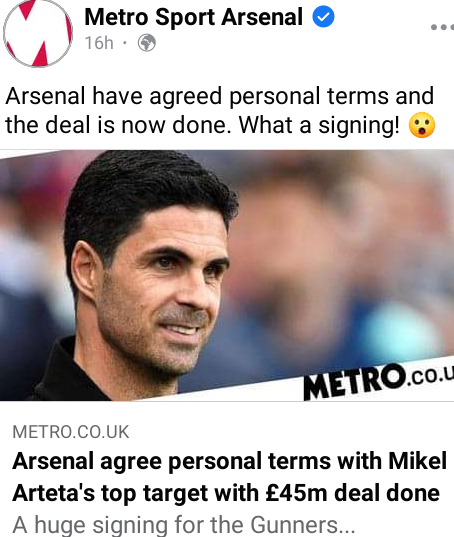 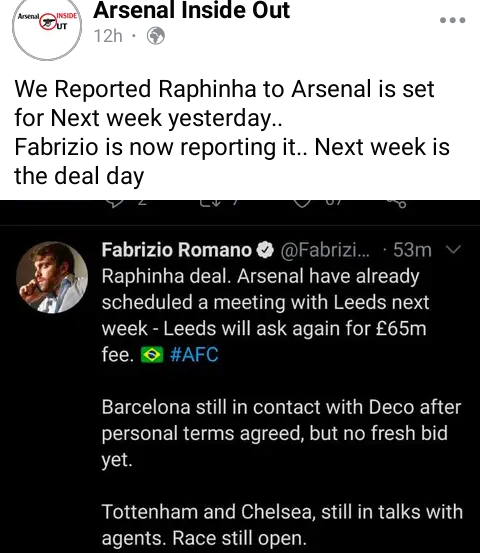 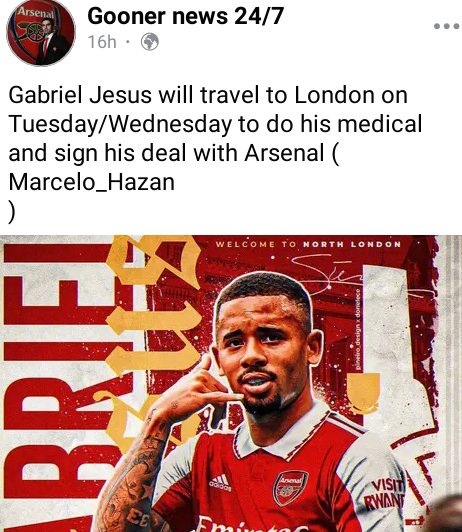 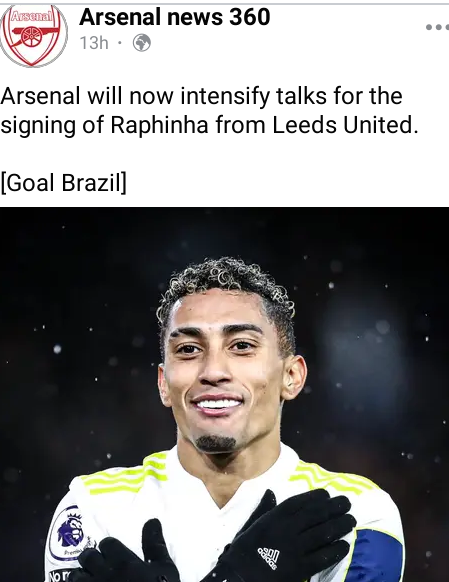 Arsenal have scheduled a meeting with Leeds United this week to discuss £65 Million transfer fee for Raphinha as Gunners are moving very fast to close the deal. Arsenal are leading contenders in the pursuit of Raphinha despite Chelsea, Tottenham & Barcelona stiff competition and have intensified talks to sign the Leeds United forward. 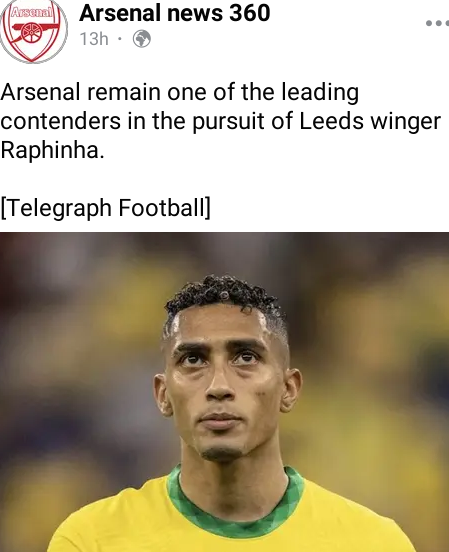