By Knappért (self media writer) | 1 year ago

The world cup heads to Qatar this year with 32 teams set to battle it out for glory in the Middle East. Countries across North, central, South America and Asia fighting it out to book their spots over the coming days, there is still plenty to play for.

Below is the list of sides who already have their tickets stamped for the carnival of soccer:

Defending champions France booked their spot in the finals with an emphatic 8 - 0 win over Kazakhstan in mid November. 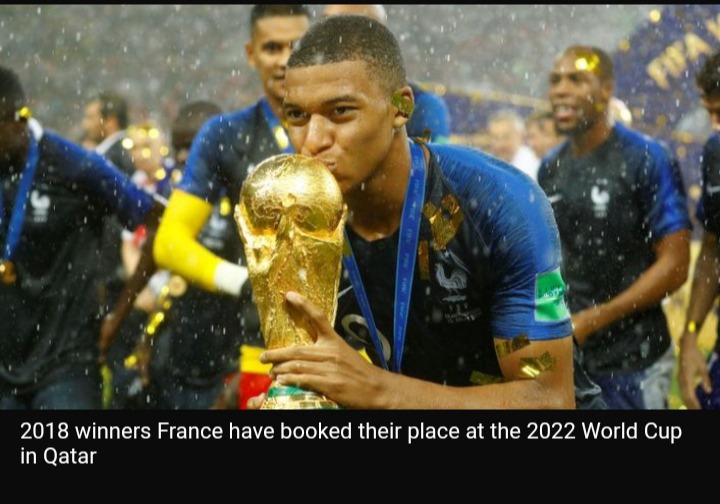 Being the host nation, Qatar are assured of their place at the finals without having to go through qualifications and will be making their world cup debut.

In the previous 21 tournaments, only South Africa in 2010 have failed to reach at least knock out stage as the hosts. Thus Qatar will need have their work cut out to avoid a similar fate judging on official rankings.

A 2 - 0 victory over Norway confirmed their world cup spot as winners of a tight group G. The Dutch failed to qualify in 2018, hence the likes of Virgil van Dijk, Frenkie de Jong and Light will have their first taste of the global showpiece in Qatar.

Croatia leapfrogged opponents Russia to earn their spot in Qatar after a comical own goal giving them a 1 - 0 win in torrential conditions.

Their golden generation that finished as runners up in 2018 my be fading, but they will still be able to call on greats such as Luka Modric and Ivan Perisic.

England assured their spot in a memorable fashion with a 10 - 0 mauling of Marino enough to confirm Three Lions as winners of their qualifying group. Having made a semi final in 2018 before losing the delayed Euro 2020 final to Italy in penalties, they will be hopeful that they can go an extra mile in Qatar and lift the first trophy since 1966.

Surprise semi finalists at Euro 2020, Denmark carried their fine form into the world cup qualifiers and sealed their place in the tournament with a 1 - 0 home win over Australia in October. 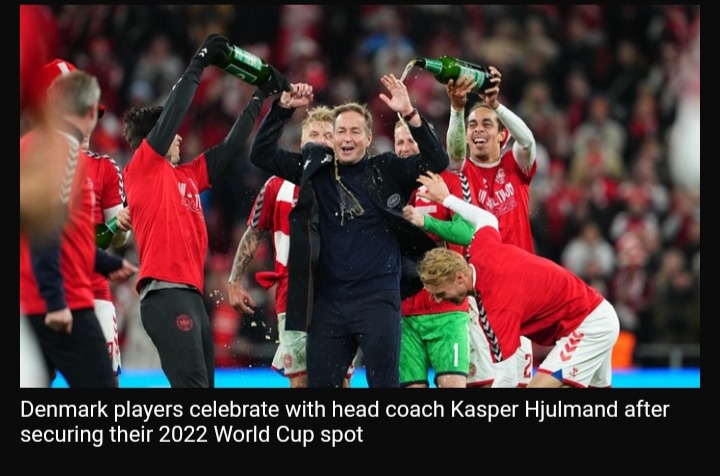 Although this will be their sixth world cup appearance, the Danes have been present at four of the last six tournaments and will hope to improve on their sole run to the quarter final stage in 1998.

A 1 - 0 win against Colombia in November saw Brazil confirm as the first team to progress from South America's qualifying section. Having ruled the world on record five occasions, Tite's troops would dearly love to land a first title since 2002.

Argentina's spot was confirmed in November following a goalless draw with arch rivals Brazil. Lionel Scaloni's side won the Copa America in July and will be fighting for their third world cup crown.

Switzerland snatched automatic qualification in most dramatic circumstances edging out European champions Italy to top spot in their qualifying group. The Swiss will be making their 12th world cup appearance, having not yet reached the quarter finals since 1954.

Germany became the first team to officially qualify for the tournament, securing top spot in group J of the European section with a 4 - 0 victory over North Macedonia in October.

Seven wins of their opening eight clashes proved to be enough to book them a place in Qatar. They will be looking to right the wrongs of a disastrous campaign at Russia 2018 which saw them exit at the group stage.

They just needed a point against Sweden to book their spot, but they got all three thanks to Alvaro Morata's late strike which condemned the Scandinavians to the play offs.

Having won three consecutive tournaments between 2008 and 2012, Luis Enrique's side are certainly building for the future. But if their Euro 2020 efforts are anything to go by, we could be seeing a lot of La Roja in Qatar.

Porto forward Mehdi scored the decisive goal in a 1 - 0 victory over Iraq, sealing a place in a third straight world cup. They failed to progress from a group featuring Spain and Portugal in 2018 and will hope to make the knockout stage for the first time in their history.

Belgium remained unbeaten in qualifiers finishing ahead of the likes of Wales and Czech Republic. If they can get stars as Lukaku and Kevin De Bruyne fit and firing, they will hope to do even better than their third place finish in Russia.

Serbia qualified the hard way with a comeback victory against Portugal in Lisbon, securing their chance to battle for the Jules Rimet trophy.

Aleksandar Mitrovic made amends for the penalty miss that saw the eagles miss out on Euro 2020 by scoring the 90th minute goal that sent them to Qatar.