Too Much Back pass And Should Be Benched, Fans React After Poor Display From Star Players

By WillyKim (self media writer) | 28 days ago 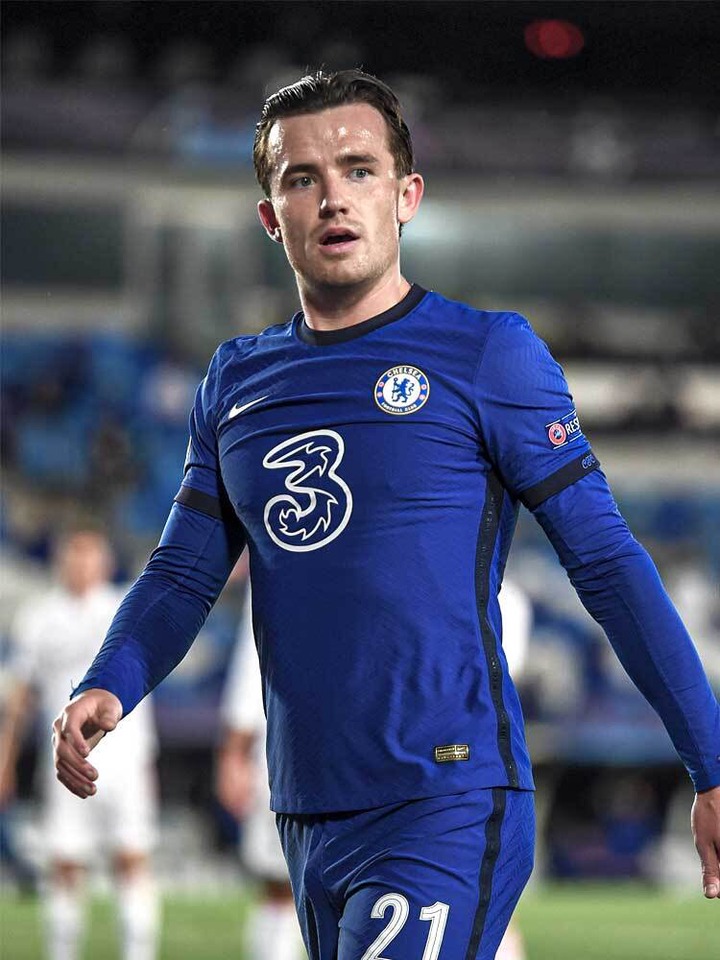 Chelsea was up against Aston Villa on Wednesday in the Carabao Cup match. The line up was not specifically consisting of fringe players but players who have not played a number of games in recent past.

Such players who started are Ben Chilwell, Saul Niguez and Hakim Ziyech.Ziyech is a good player even though he hasn't started much in recent past.These players however failed to impress in the first half.And the fans were not impressed.Below is how they reacted. 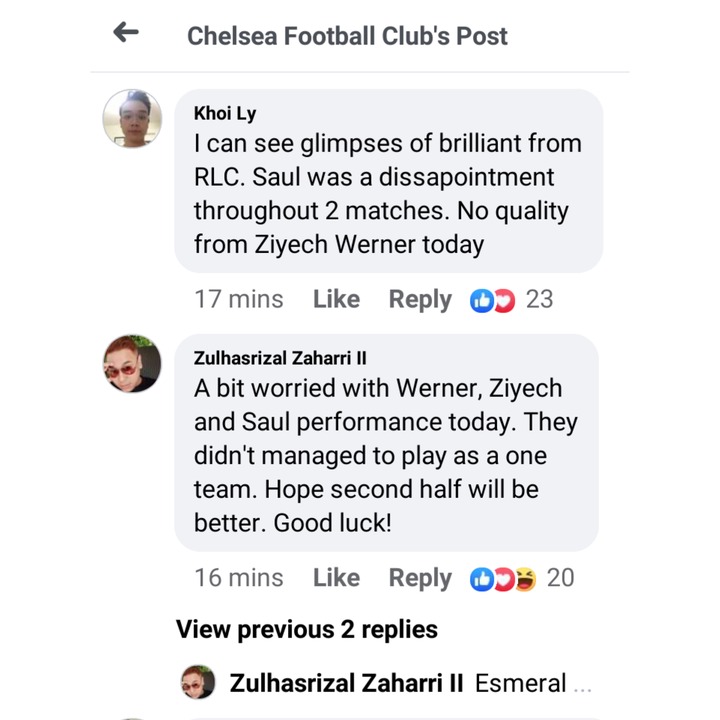 @Khoi argued that Saul was a disappointment throughout the two matches that he had played and probably Chelsea shouldn't but him.Another fan worried for Werner, Ziyech and Saul after they had a not impressive perfomance in the first half.

Werner was on the receiving end for wasting a lot of open chances. 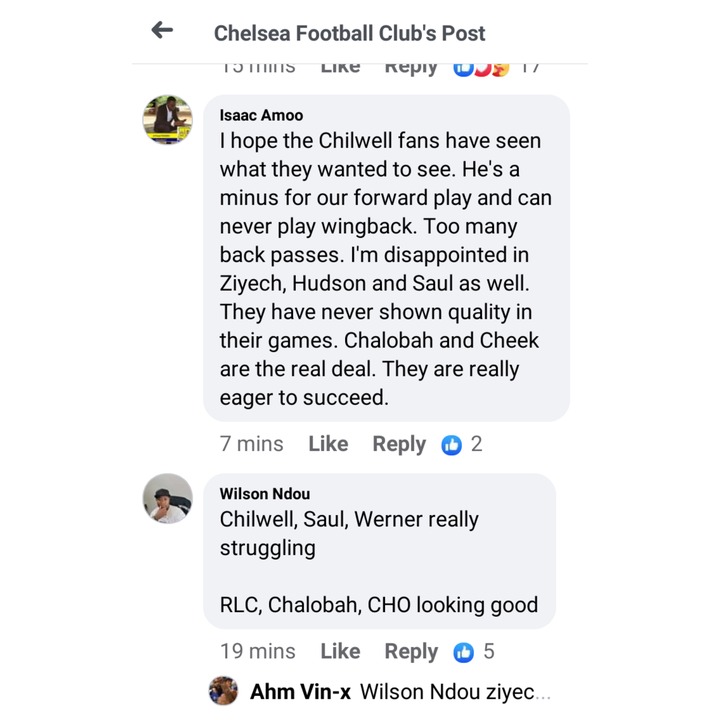 Chilwell was criticised for too many back passes and also sideway passes. 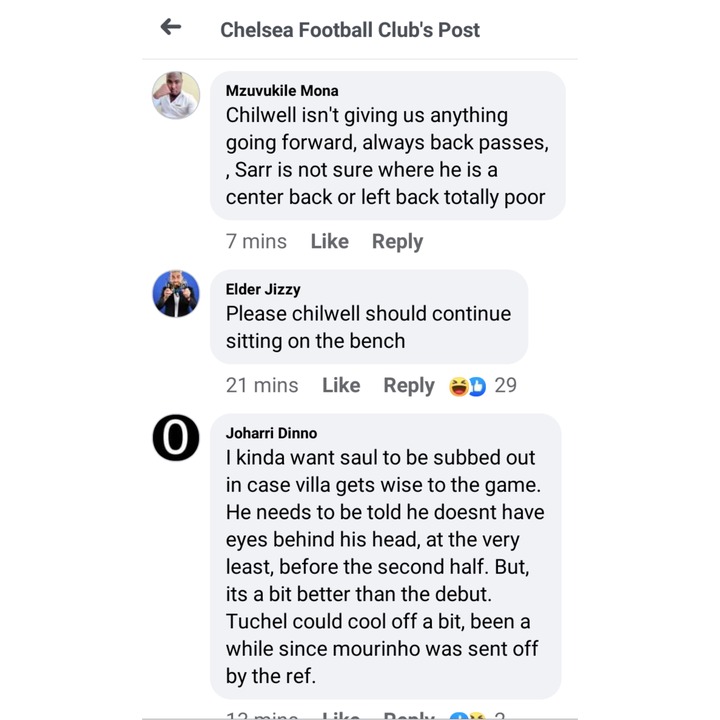 @Mvuzukie said Chilwell isn't giving us anything going forward,always left back passes.While Elder Jizzy commented, "Please Chilwell should just continue sitting on the bench." The score was 1:1 until the time of publishing.