By SureFootballTales (self media writer) | 2 days ago 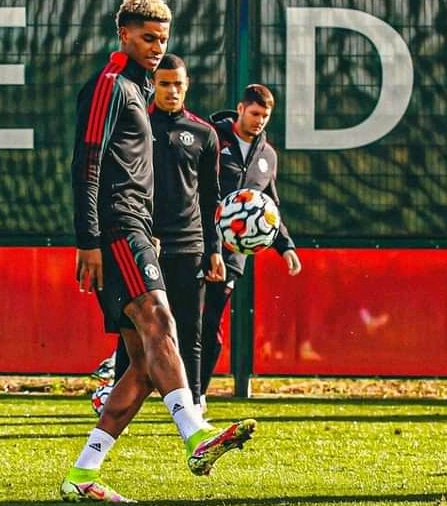 Manchester United return to Premier League action this Saturday with a trip to East Midlands to face rivals Leceister City. The red devils set sights on a clean sheet victory against struggling Leceister City who have picked only two wins in their last 7 matches. Raphael Varane suffered a groin muscle injury while playing for France in the UEFA Nations League finals that will see him sidelined for few weeks.

Captain Harry Maguire is yet to fully recover from his hamstring injury suffered against Aston Villa back in 25th September. Fred and Cavani will miss the Manchester United clash due World Cup qualifiers fixtures congestion as Uruguay will play Brazil on Friday Evening, just few hours before Man United clash against Leceister City. 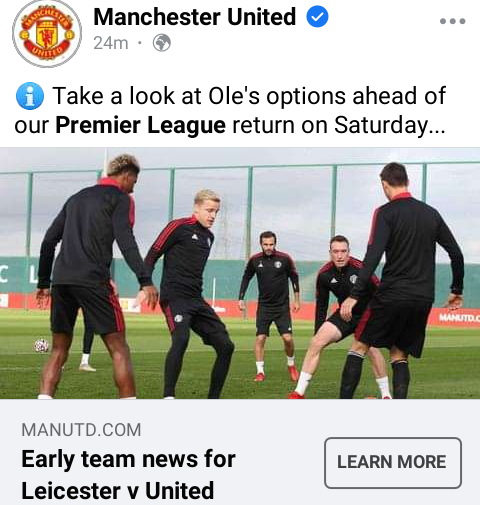 The Red Devils will be welcoming back Marcus Rashford who has fully recovered from Shoulder surgery and is fit for selection. Amad Diallo returned to first team training alongside Phil Jones and Dean Henderson who are available for selection. Solskjaer will settle for fit players who are ready to deliver results hence David De Gea is favourite to lead Man United lineup covered by 4 defenders. Manchester United defence will comprise of Luke Shaw, Erick Baily, Victor Lindelof and Wan Bissaka while the midfield will usher in Pogba, Mctomminay and Bruno Fernandes as Captain. The Red Devils attack will be lead by Cristiano Ronaldo, Marcus Rashford and Jadon Sancho while Mason Greenwood, Martial, Van De Beek, Henderson, Telles, Jones and Lingard will start in the bench as substitutes. 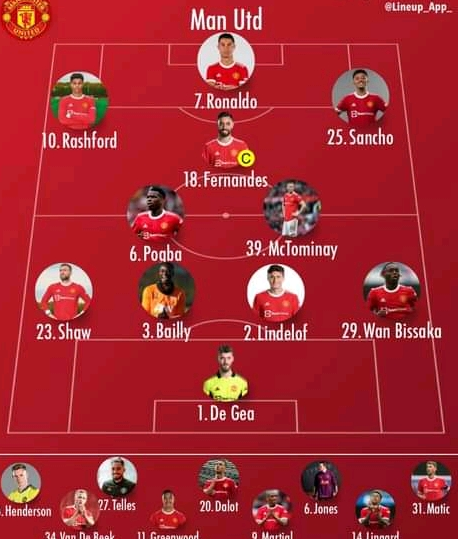