By Ogachidancan (self meida writer) | 17 days

From the previous five matches, Hungary have won four times while Andorra have won once only. Hungary will win the match.

From the other matches Switzerland have won twice while Northern Ireland have only won once. Switzerland to won or draw.

The previous meeting Belgium won 8 goals against 0 from Belarus. With Lukaku scoring today he will the top-scorer, on international games. Today will be no different. Belgium to win and over 2.5

From the previous last game, Spain won with three goals while Kosovo had one. Spain to win or over 1.5. 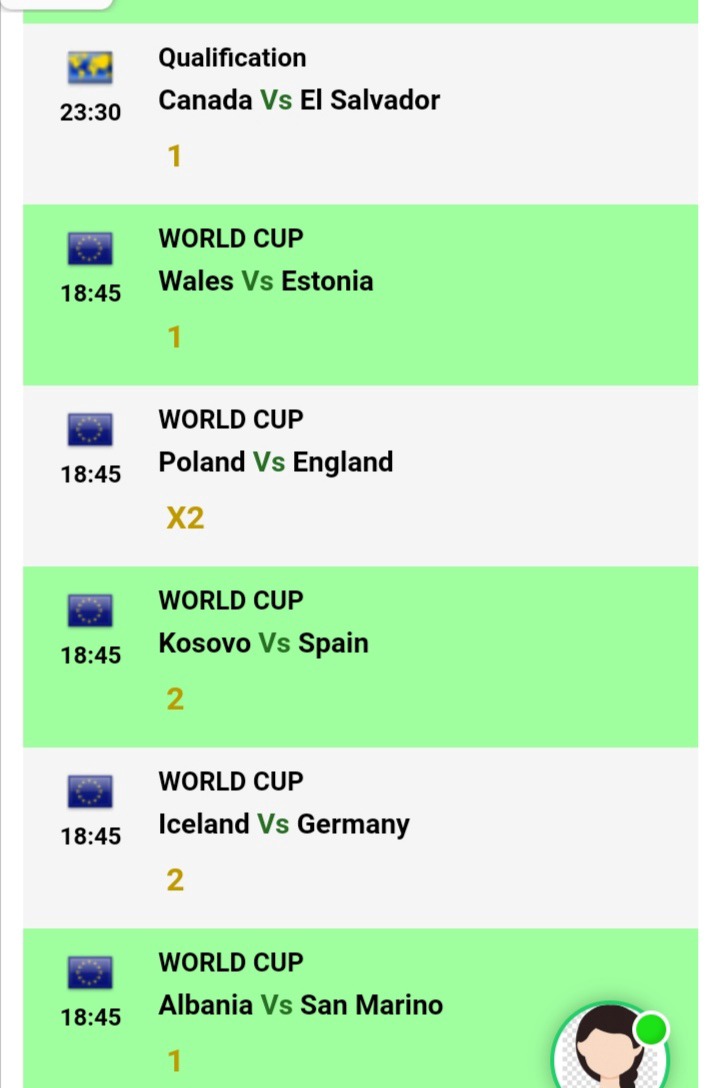 Germany with one lose a draw and three wins, Being position one in Group J. Germany have won twice while Iceland have not in their previous meeting. Germany to win or over 1.5.

From their previous meeting Italy have won three time while Lithuania have no win. Italy to win today's match.

In their past game, Wales have scored a goal against Estonia. Wales having a critical position, of a third place. They will win today's match.

Sweden having one twice, while Greece won once in their past meeting. Sweden have 9 points, and second on the Group B table. Sweden will win the match or the match will end as a draw. 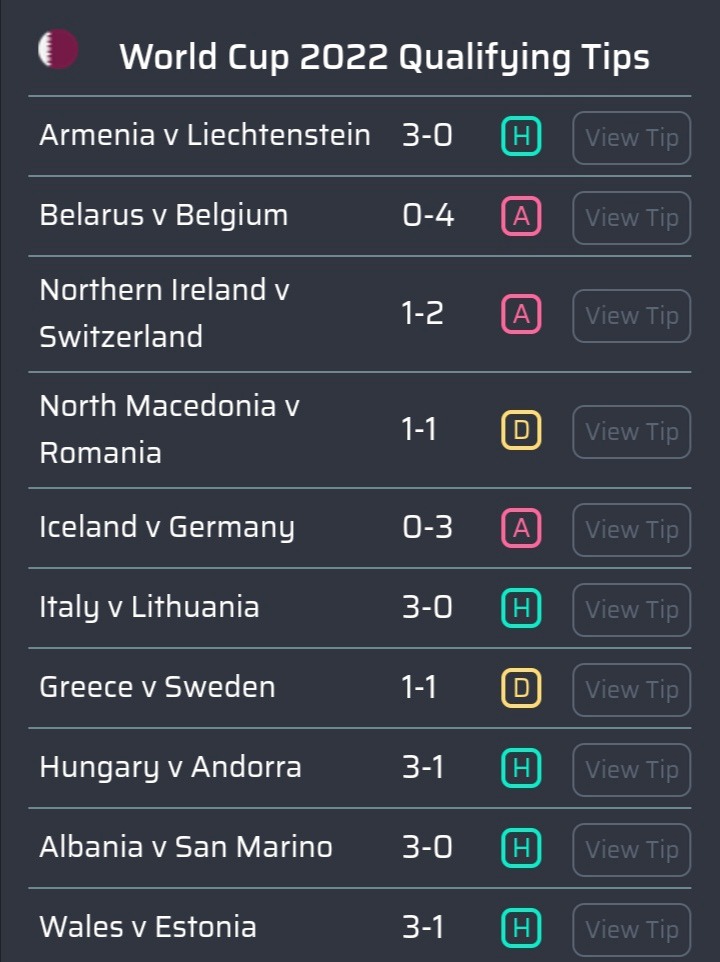 From their past meeting England have won four times will Poland have no win. Without forgetting England is leading, on the Group I table with 15 points. England will win or the match will end as a draw.

Albania have won all the three matches against Andorra. They will absolutely also win today's match.

Romania standing, on the third position with 9 points, while North Macedonia is on the, fourth position with 8 points. Romania will win or the match will end as a draw.

From the previous meeting Armenia have won thrice while, Liechtenstein haven't won even a single game. Armenia will win today's match. 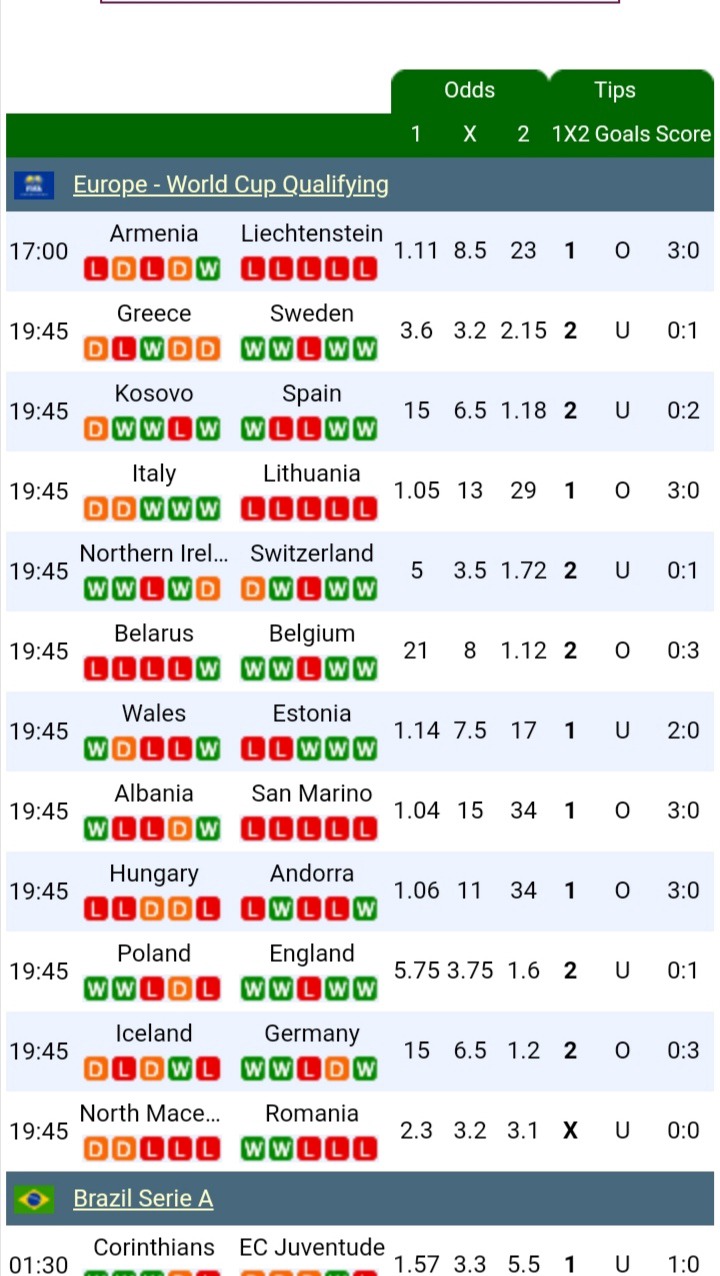 Content created and supplied by: Ogachidancan (via Opera News )