Dungannon Swifts fans will want a repeat of their previous result, being a 2-0 Premiership triumph over Carrick Rangers.

The only name on the scoresheet from Dungannon Swifts was Ryan Mayse (14', 88').

Crusaders will come into the match after a 0-1 Premiership win vs Ballymena United in their last fixture.

The only player to score from Crusaders was Jarlath O'Rourke (13').

A run of resolute displays by the Crusaders defensive unit has resulted in the number of goals they’ve conceded amounting to 3 from their previous 6 outings in total. In that time, the number of goals that they have scored themselves is 10. We will just have to see if that trend will be sustained in this game. 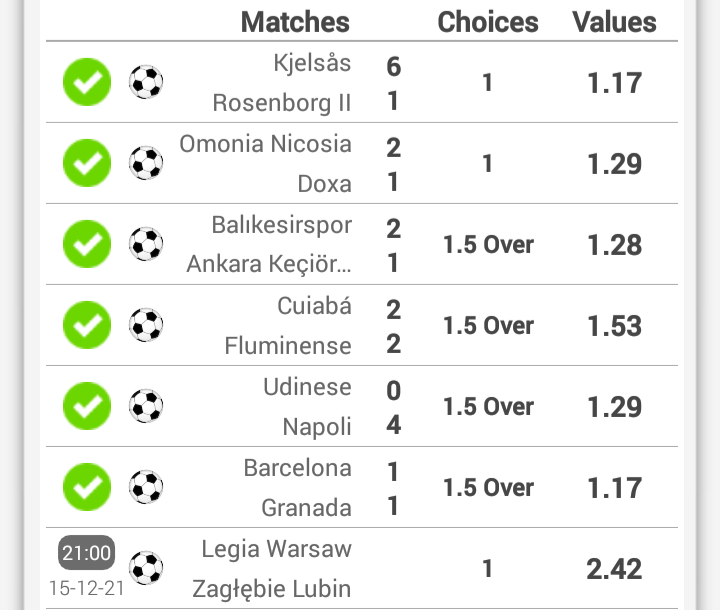 SV Lafnitz, who won their previous game, will hope for a similar result following the 1-3 2. Liga success over Vorwärts Steyr.

SV Lafnitz have been on a persistent run of goalscoring form, hitting the target in each and every one of their last 6 matches.

They’ve managed to rack up 15 during that period while also conceding a total of 4. In any event, time will tell whether the trend might be replicated in this match.

Wolfsberger AC will come into the encounter following a 2-1 Bundesliga win as they beat Austria Klagenfurt in their previous match.

Indicating their predisposition for action-packed matches, the back of the net has been hit 20 times in the previous six matches in which Wolfsberger AC have taken to the field, making it a mean average of 3.33 goals per clash. Their opponents have hit 7 of this grand total.

SC Weiz will be looking for a repeat result of the 1-0 ÖFB Cup victory versus SC Austria Lustenau.

Since being beaten in their last game against Wolfsberger AC in Bundesliga competition, Austria Klagenfurt and their travelling fans will hope for a better result here.

Austria Klagenfurt have regularly broken through opposing defences of late, having scored 10 times in their previous 6 matches. This doesn’t mask the fact that Austria Klagenfurt can also improve defensively after being scored against in 5 of those same clashes. Putting that to one side, it remains to be seen if the trend shall be sustained in this upcoming match.