By Njoro-Msanii (self media writer) | 2 days ago

Having been convinced to succeed Ole Gunnar Solsjkaer who was sacked by Manchester United for poor performance, Zinedine Zidane refused. He is one of the few best coach who is jobless after leaving Real Madrid at the end of last season. The ex Madrid boss is believed to be one of the superb manager in the coaching career.

He is regarded as one of the most decorated Real Madrid managers in history. The Frenchman won a total of 11 cups before resigning which includes three champions league trophies, two club world cups, two UEFA super cups, two Spanish super cups and two Laliga titles. 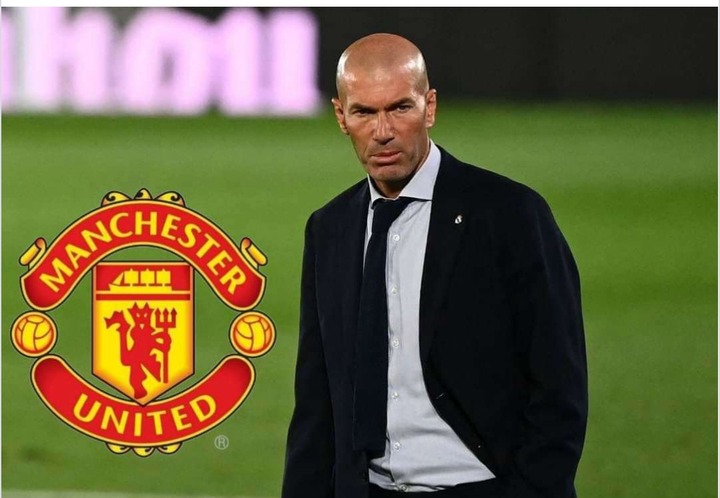 However, when called upon to manage United, he has answered in refusal. He has given excuses that he don't know how to speak English and that he can't join a league halfway.

Many United fans believe that he is refusing because he is a coward and is fearing EPL. In my own opinion, I also believe he is a coward and afraid in England superb football. He is not ready to play a league with the likes of Jürgen Kloop, Thomas Tuchel, Pep Guardiola, Antonio Conte and other Premier League top managers. This is because EPL is the toughest league in the world and there is alot of competition there even from weak teams. He is not ready for this competition because in Spain there was not too much competitions because top teams are few and weak teams are too poor unlike in EPL. 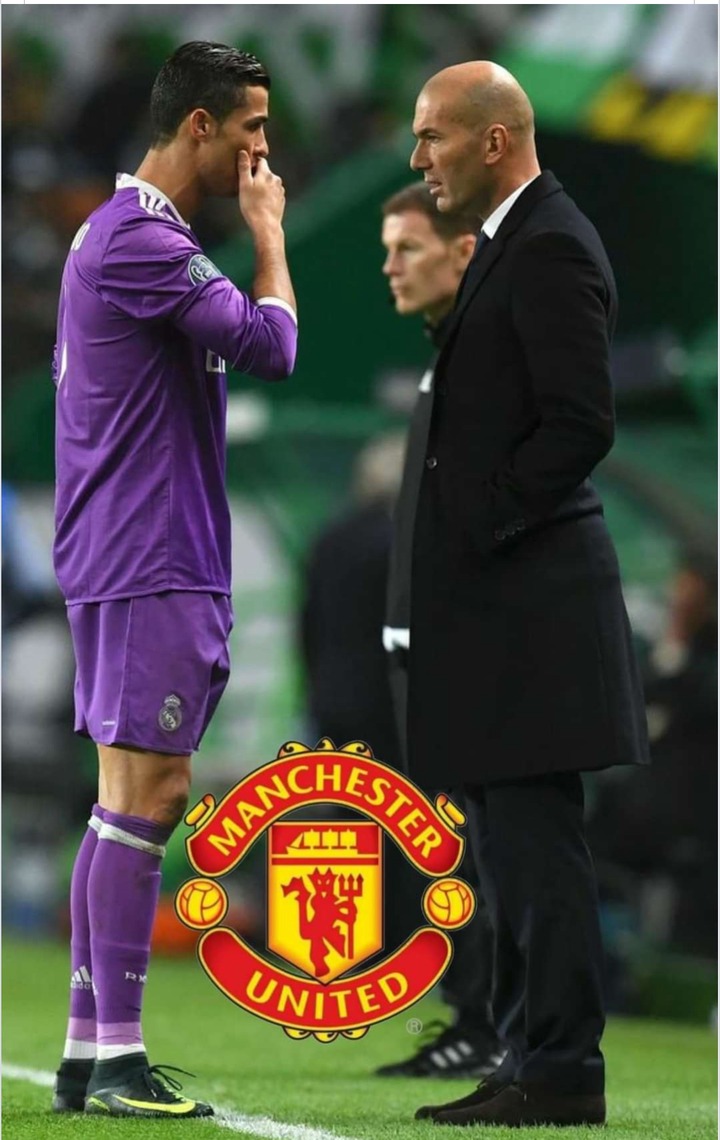 Language barrier may not be a problem because Tuchel also joined Chelsea without knowing English and is doing well there having won two trophies so far and has created an unbeatable Blues. Zidane is fearing the hottest league and wants the farmers league such as France Ligue 1, Bundesliga, Serie A and maybe Spain that is not competitive like EPL.

He knows very well the likes of Kloop, Tuchel, Pep and others will over power him in England. That's why he has refused to join Manchester United that wanted his service but is willing to join Paris Saint Germain if they sack Mauricio Pochetino. He is sure that in France, he will overpower each team and lifting Ligue 1 is assured even if he miss the Champions League. At Manchester United, alot of work is needed if he is to lift a silver ware and that's what's he don't want. He is in deed a coward who don't want to prove to the world he is the best. 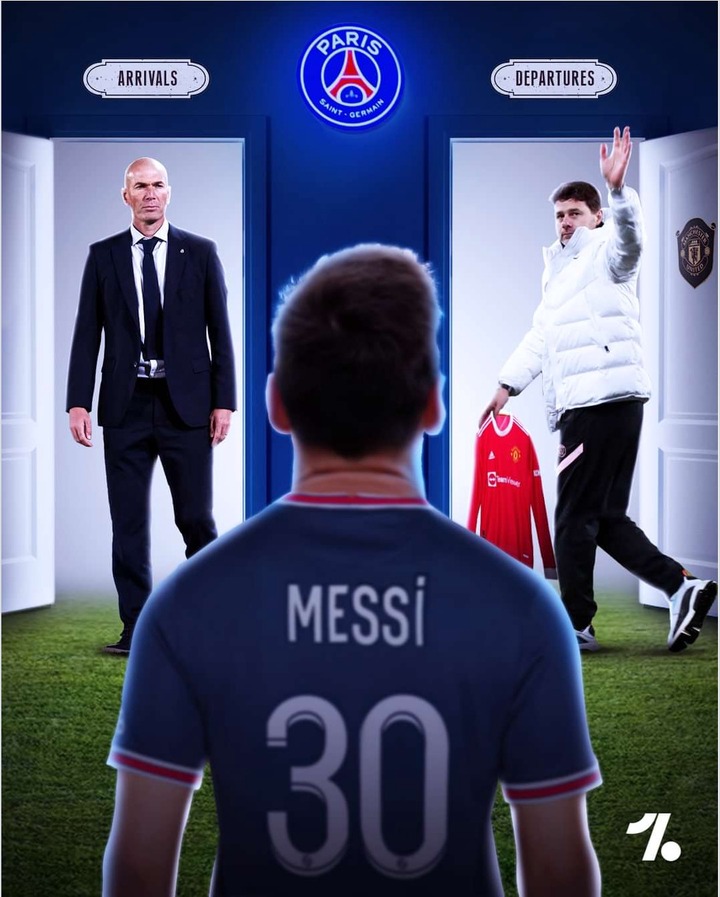 However, the Red Devils cannot stay without a manager, they have appointed the sports director of Lokomotive Moscow and former Schalke 04 and RB Leipzig manager, Ralf Rangnick. He is a German 63 - years old international and a tactical and good coach. He has been offered a six month interim job and a 2 year consultancy job thereafter. United will continue searching for a manager who will be given the permanent job at the end of the season.

Let's Zidane continue fearing EPL. However, there are others who have different opinions and believe he is not afraid of anyone because he has beaten the likes of Liverpool and Manchester City in UEFA Champions League. Below are some reactions from the fans who are not happy with the Frenchman. 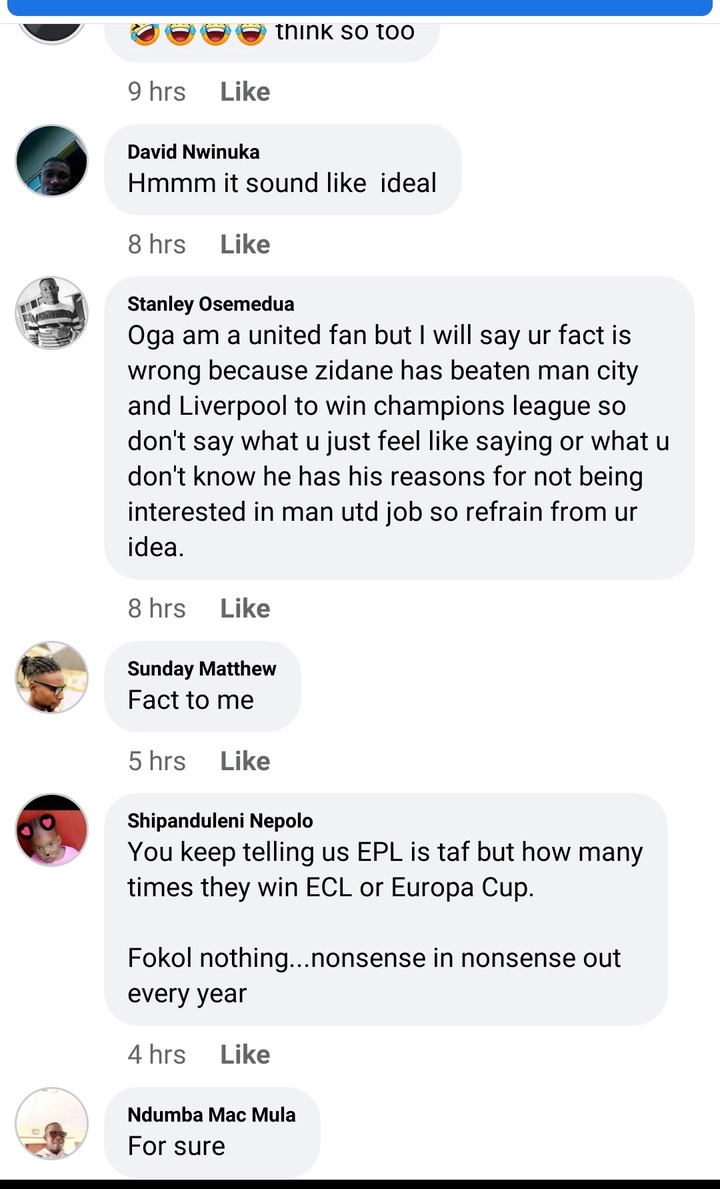 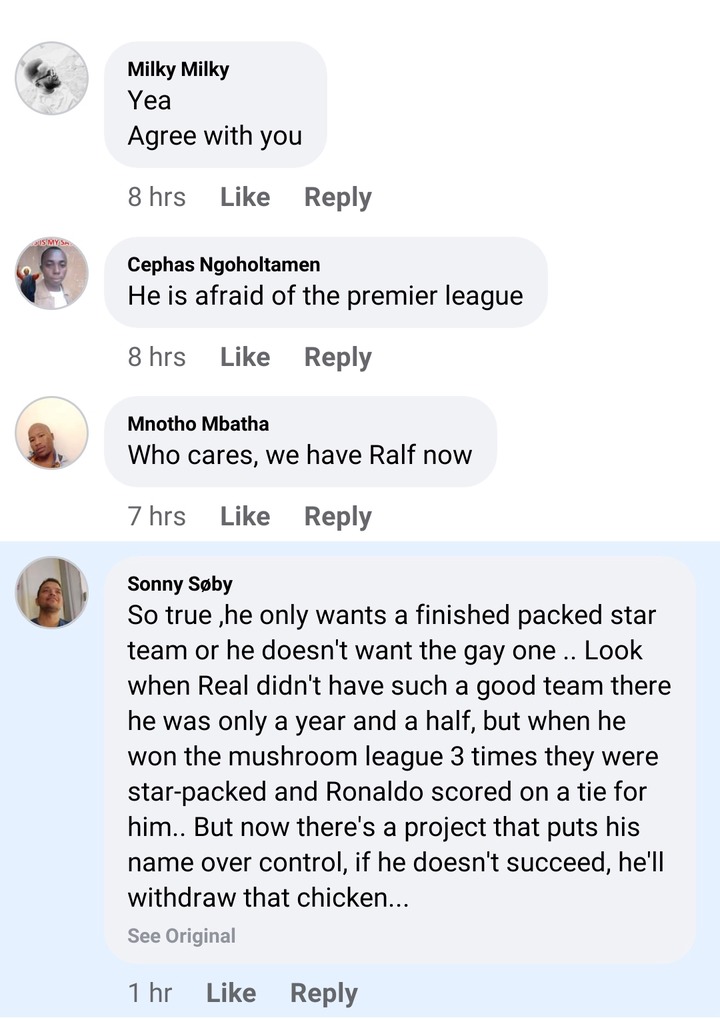 Why do you think Zidane refused Man United job offer? Share with us your thoughts in the comments section. Share the article with your friends and follow us for more nice daily articles.