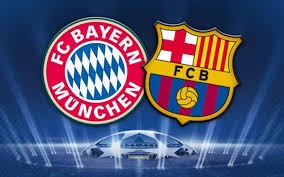 Majority of the meetings between the two teams has always witnessed more than three goals being score hence i predict the same to continue today.

After a shock defeat in the first leg, United are endevouring to restore the lost glorly at their homeground with new coach Ralf Rangnick looking forward for win hence United will only leave this match with a win.

In the past meetings between the two teams, Juventus have won all the matches thus we expect nothing else other than a win for Juventus.

Chelsea having qualified already, they will have little driving impulse on this match hence we expect both teams to score.

Benfica will use all means available to earn a win tomorrow inorder to keep their qualifying morale high as the final result between Bayern and Barca also remain critical thus they will definately win.

The two teams will be battling to join Manchester United in the round of sixteen hence the match will be tough, the best pick of this match will be more than two goals to be scored.

The two teams also battle to qualify but basing my prediction on past meetings, i foresee more than two goals to be scored.

Wolfsburg are having a poor run of form in the last five matches losing four and drawing one with Lille winning three and drawing two. The best pick of this match will be either a win for Lille or a draw.