Seven(7) Super GG and Over 2.5 Picks To Place on and Earn Good Cash Today

By SuperSportsArena (self meida writer) | 29 days

Parma lost 3-1 to 10-man AC Milan last weekend. This is a massive game for both sides at the bottom of the table. 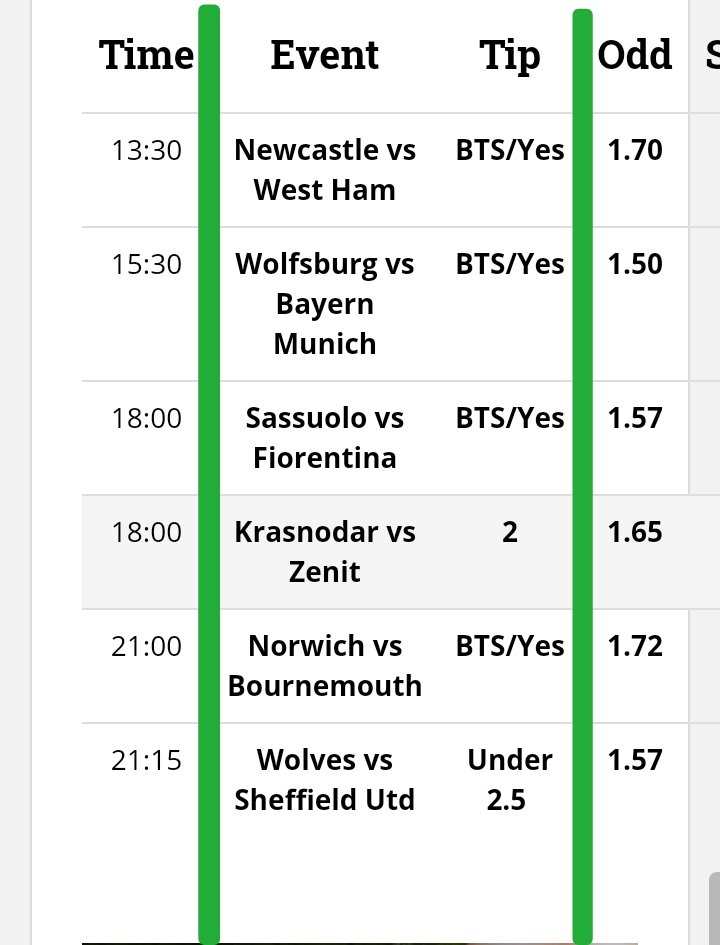 When Jimmy Floyd Hasselbaink arrived at Burton back in January, they were rock-bottom of the League One standings, and 10 points behind Saturday's opponents. But a remarkable run of 12 wins in 18 matches means the Brewers could leapfrog Plymouth with yet another victory and mathematically secure their third-tier status.

But Plymouth's season is ending some-what disappointingly, with Ryan Lowe's side looking to avoid a fourth defeat on the bounce here, whilst they've not won on five previous trips to the Pirelli Stadium (D2 L3).

Blackpool might be on a 15-match unbeaten run in League One, but consecutive draws mean their play-off place is far from guaranteed. The Seasiders sit just three points above seventh-place, although they do have games in hand as their unbeaten record faces perhaps it's toughest test.

But Sunderland's campaign has taken a sudden turn for the worse in recent days, with defeats to both Charlton and Wigan leaving their automatic promotion hopes in tatters. Those results mean that Lee Johnson's men no longer have their top-two destiny in their own hands, although they must keep winning and hope Peterborough slip-up.

Denizlispor were beaten 3-2 by Alanyaspor last time out. They were 2-0 up at one point, but gave away so many chances that it would have been a miracle had they gotten anything out of the game. The 3-5-2 formation Kutlu used has obviously helped them going forward, but they are still struggling at the back. Despite sitting at the very bottom of the table, they are a tough team to beat at home. They need to win this desperately as otherwise it will be nearly impossible to avoid relegation.

Erzurumspor were beaten 4-2 by Besiktas last time out. Vural's game plan rests on his team winning as many fouls around the box they can so Bassan can deliver one of his trademark dangerous crosses. If they can't do that, they rely on taking long shots that are often very tame. Some of his players, especially Obertan, are visibly displeased with Vural's rather unusual management style, that relies on firing emotions rather than tactical nous.

These two are sitting at the bottom of the league and this will be a very intense 90 minutes for both. Playing at home and having a more sound manager make Denizlispor slight favourites.