By Think-tank (self media writer) | 3 months ago

On Sunday night in milan, France entered in the books of history as they became the first International side to complete a hat trick of International tournaments. After a win of 2:1 against Spain, France added the UEFA Nations League to the World Cup they won three years ago. 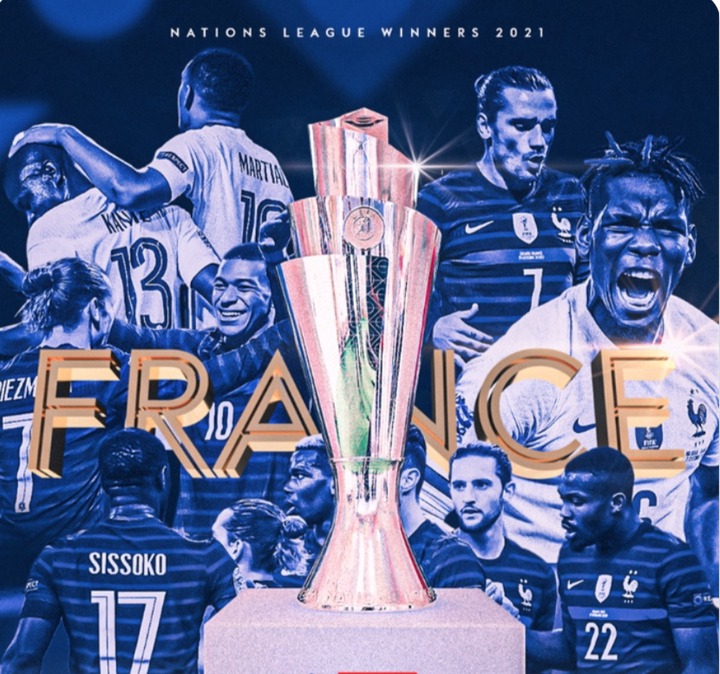 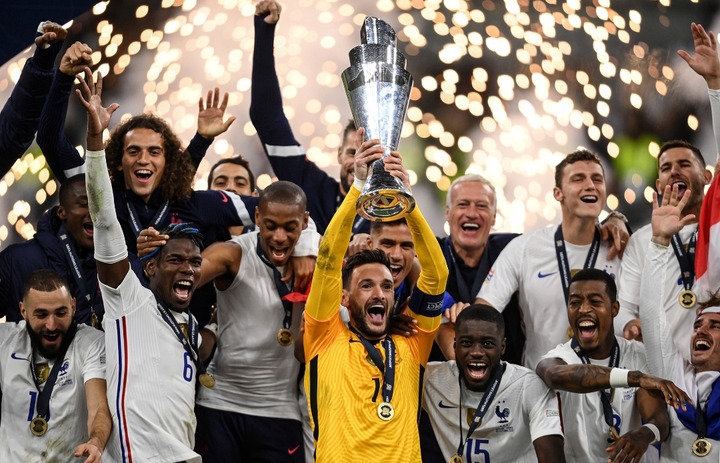 France came from a goal behind, thanks to the Benzema's stunner and sweet finish from the Mbappe who scored a winning goal in the 80 minute that decided. Sergio Busquets was named UEFA Nations League Player of the Finals.

Karim Benzema has now been directy involved in 20 goals for club and country this season. 15 games, 12 goals and 8 assists.

Content created and supplied by: Think-tank (via Opera News )

Afcon 2022:Egypt and five other teams qualify for the top 16 of Afcon.