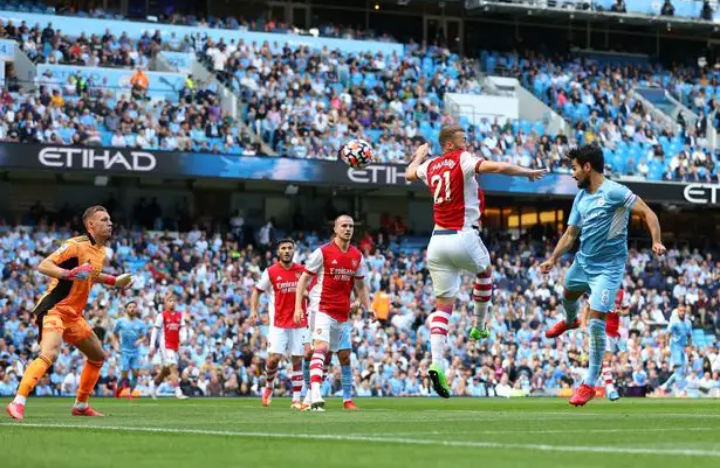 Arsenal kicked off their 2021/22 Premier League campaign with a visit to the newly promoted boys Brentford and were beaten two goals to none.

Arsenal hosted the UEFA Champions League and UEFA Super Cup winners at the Emirates and Arsenal conceded the first goal in the 15th minute from Thomas Tuchel's Chelsea record signing, Romelu Lukaku who signed from Inter. The second goal was scored by Reece James who offered Lukaku an assist to the first goal later on at first half.

Arsenal today with am early kick start at Etihad fell victims again after conceding three goals before the half time break. Ikay Gundogan scored the opening seven goals after kick off. Five minutes later, Ferran Torres doubled The Citizens lead. Granit Xhaka was sent off after a harsh tackle to Jaoa Cancelo, moments before the half time break, Gabriel Jesus scored the third goal.

Arsenal played 57 minutes reduced to ten men and this was to Pep Guardiola's city advantage. Rodri scored a curler to put Manchester City with a four goal lead before Torres scored his second of the afternoon as the game approached full time. Arsenal nightmares still continue under Mikel Arteta. Should Arsenal fans be calm and trust the process ?