By Samikrus (self media writer) | 11 months ago

_ Olympique is a French women's football club based in Lyon. It is the most successful club in the history of Division 1 Féminine with fifteen league titles as Olympique Lyonnais and four league titles as FC Lyon before the acquisition.The club has been the female section of Olympique Lyonnais since 2004. Lyon are the defending champions, having won the league for fourteen consecutive seasons.The team has won seven Champions League titles including a record five successive titles from 2016 to 2020. They have also won five trebles when the top-level continental competition is considered, the most for any team. 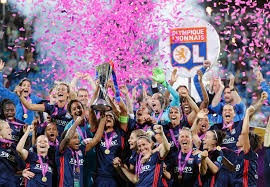 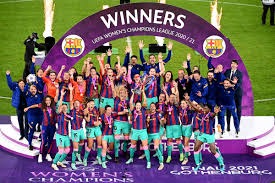 _Wolgsburg is a German women's football club based in Wolfsburg, Lower Saxony. The club is currently playing in the top division of Germany the Bundesliga. The club has won the UEFA Women's Champions League in 2013 and 2014. 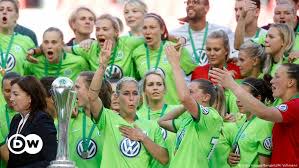 4》Paris Saint-Germain Feminine. _commonly referred to as Paris Saint-Germain, are a French professional football club based in Paris. It was Founded in 1971 and compete in Division 1 Feminine, the top division of French football. Their home ground is the Stade Jean-Bouin.The Parisians won their first major honour, the Coupe de France Feminine, in 2010. PSG went from being a mid-table side to becoming one of the best teams in European football. They have since claimed their second cup title in 2018, finished league runners-up seven times and reached the UEFA Women's Champions League final twice. 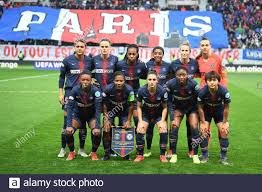