Italian clubs have held the meeting this evening according to reports to discuss the planned Super League. 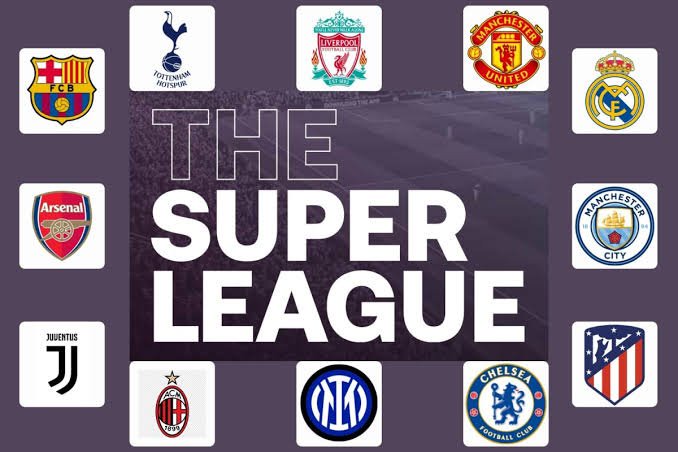 Juventus, AC Milan and Inter are being involved in the ongoing meeting despite early reports claiming they could have failed to attend.

The meeting aims to discuss matters concerning the Super League and whether they could involve in it or not. 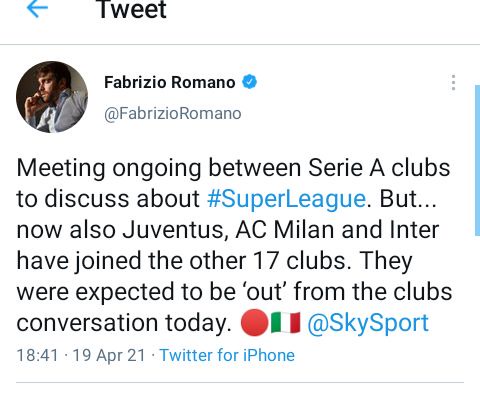 This comes at a time Borussia Dortmund has ruled out any possibility of playing the proposed tournament.

Also Germany giants Bayern Munich has disassociated themselves with the proposed league.

With Manchester United being the chief in the list for this tournament, it has been revealed that Ed Woodward has stepped down from his roles at UEFA.

And also United and Chelsea have stepped down from European Clubs Association with the proposed Super League that are determined to see it being played.

Fans wait to see what will happen. With many being against this league, we will see if the top clubs that have founded it will go on and play it as planned.

Super Sunday Matches That Must win

Sunday's Professionally And Trending Betslip To Stake On For Huge Profits

Ten(10)Matches With BTTS And Over 3.5 To Trust This Sunday 9th May