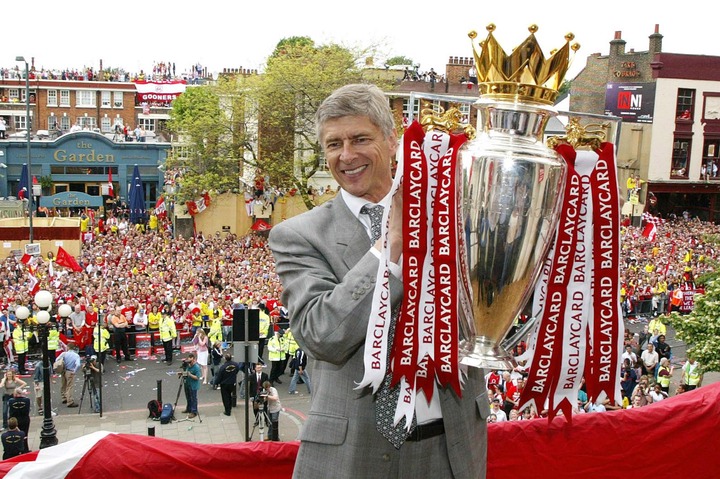 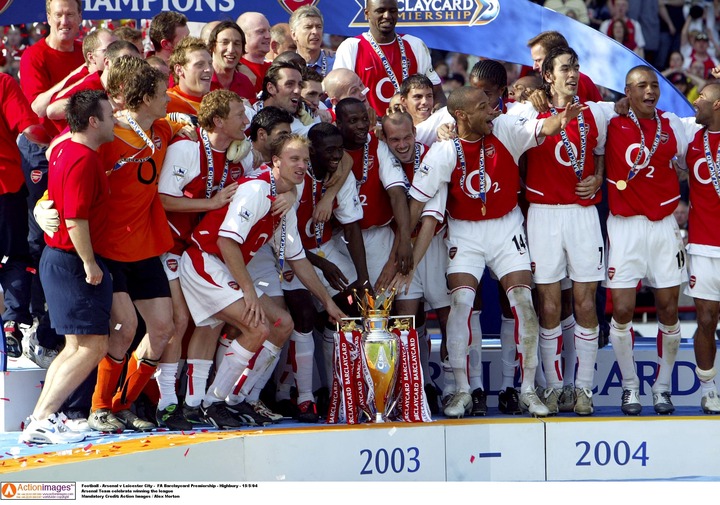 1930/31 English Premier League table has left many football fans talking on social media. The table shows Arsenal won the Premier League whereas Manchester United were relegated. Out of the 42 games Arsenal played in the 1930/31 season, they won the league with 66 points. Aston Villa finished as the second team on the table with 59 points. The Red Devils were relegated after finishing as the last team with 22 points. 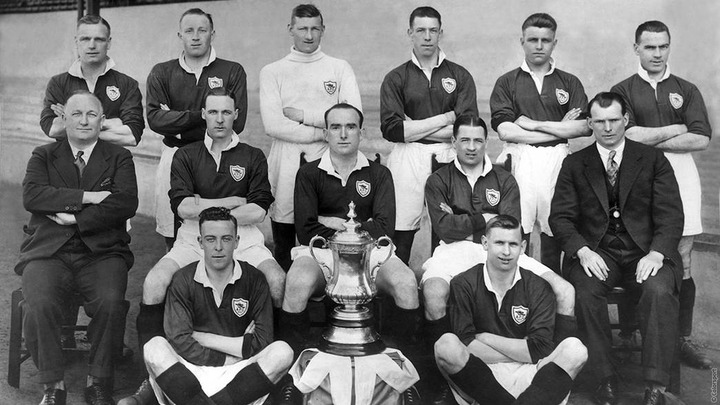 Below is the final English Premier League table of 1930/31 season: 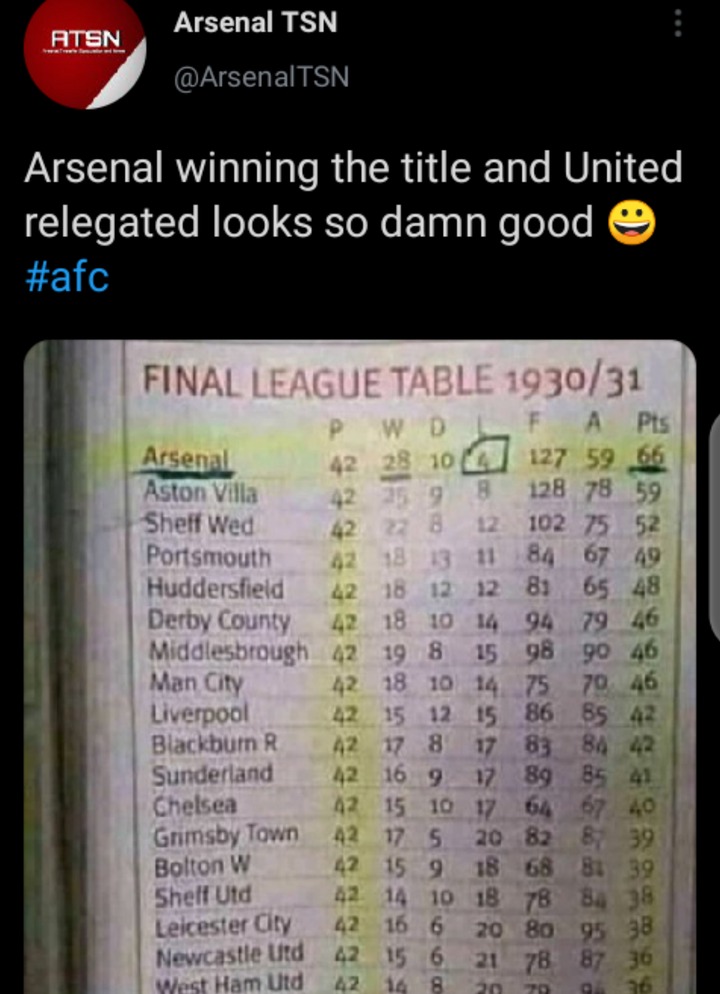 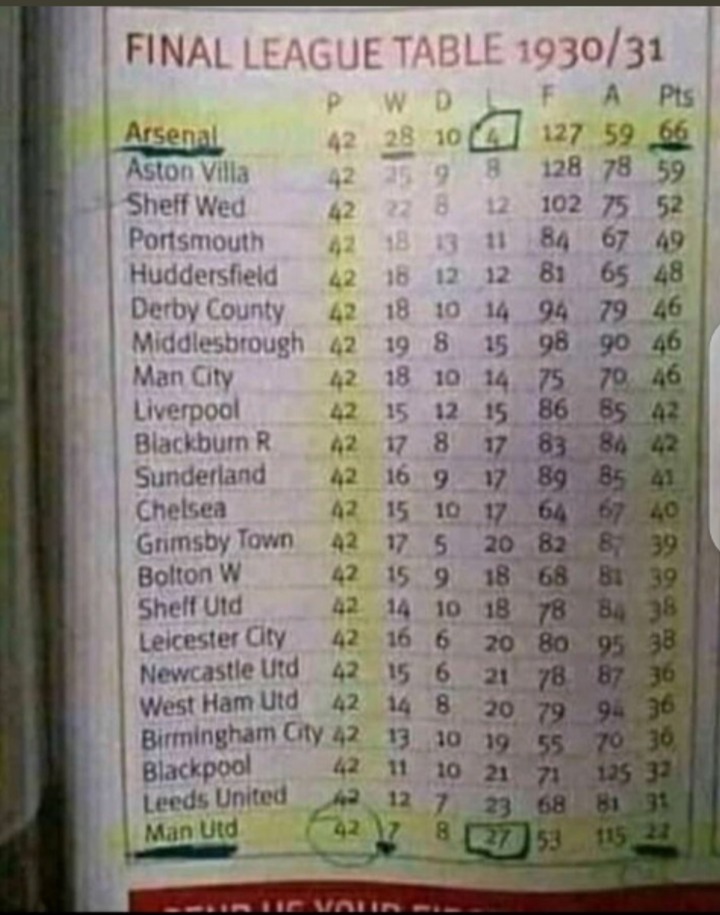