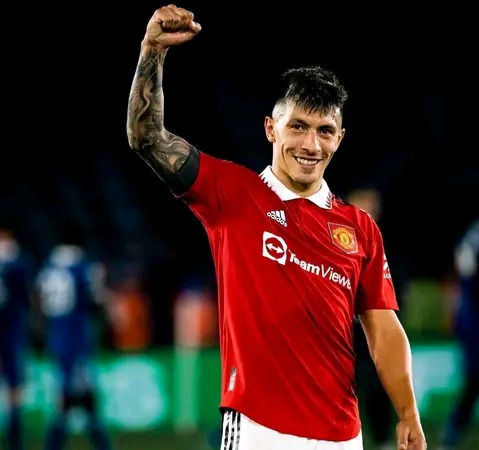 Lisandro Martinez joined Manchester United this summer from Ajax. He was among the big signing in the premier League considering the signing fee United paid in order to acquire his service.

With that kind of fee United paid for the Argentine defender, no one expected him to sit on the bench. He has been a regular in the United defence since the new season began.

In the beginning, Martinez was criticized in the United first two games where United lost to both Brighton Hove and Brentford.

In those games, Martinez was targeted by the opposition team due to his lack of heights. Despite all those criticism which were aiming at him. Martinez has been able to overcome all thoss criticism by showing good performance in every game he plays for the club.

He was named man of the match in two consecutive games and in the process winning the Manchester United player of the month.

Martinez has now come out to reveal how he overcame the criticism . He said that he trust himself and he keeps on working hard and didn't pay attention to criticism. This has help him settled in England very first. 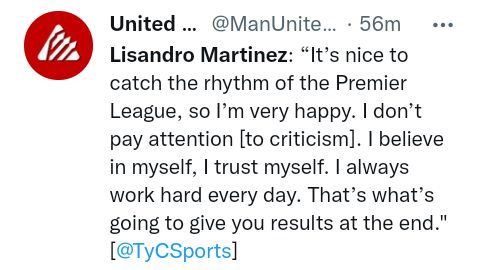