The Gunners received their biggest win in the premier league this season after thrashing Totenham Hotspurs 3 goals to one. The North London Derby was a walk in the park for Arsenal who scored three goals in the first half. 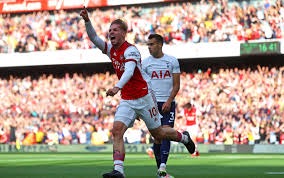 The first man on the score shit was Smith Rowe who scored after 12 minutes thanks to Bukayo Saka's assist. Captain Pierre Erick added the second goal 15 minutes later to make it 2-0. Arsenal continued to attack relentlessly and scored during the 34th minute. The man who scored was none other than English attacker Bukayo Saka. 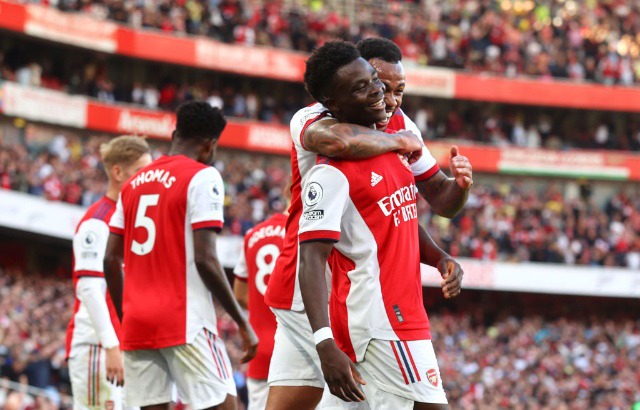 During the second half, things were different and no more goals were raining. However, Korean Hero Son Heungmin cut the boredom and gave Spurs a compensation goal to make it 3-1.

Totenham have dropped on the table while Arsenal are immediately ahead of them. Arsenal has now nine points but zero points ahead of their rivals Totenham. The Gunners have now returned to top ten. 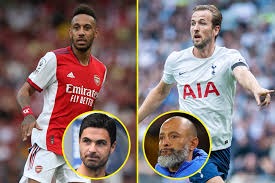