By Footballvibes (self media writer) | 10 months ago

Arsenal host Spurs in the North London Derby today as both teams continue their march towards the Premier League's top 6. The Gunners are on a 4-game unbeaten run. While Spurs have started to register some impressive wins in the Premier League. 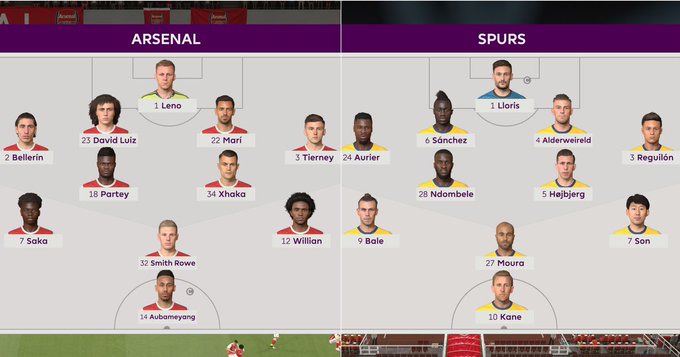 Arsenal Manager Mikel Arteta is Expected to recall the experienced Bellerin on right back role to try and neutralize Gareth Bale. Tottenham hotspur side also looks strong with Bale regaining his devastating form.

Tottenham Spurs haven’t beaten Arsenal at the Emirates in the Premier League since November 2010.Gareth Bale scored in a 3-2 win. 11 years on, it’s time for the repeat. 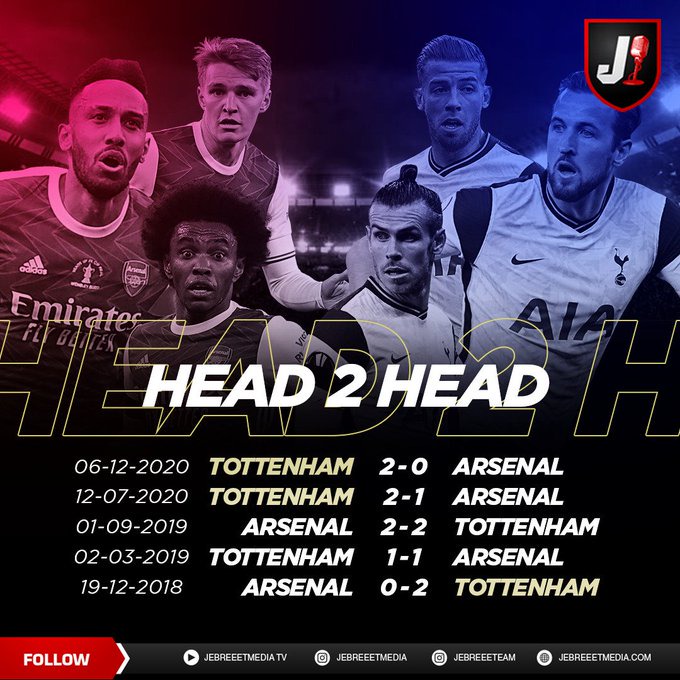 The head to head table against the two North London Rivals looks pretty in favour of Tottenham Hotspurs. They have won three and drawn two. Emerick Aubameyang has scored 7 goals and provided one assist against Spurs in 10 matches.

Tottenham Hotspurs will be looking to equal Former arsenal manager arsene Wenger premier league wins. Wenger Registered 476 Premier League wins while spurs have so far Registered 475 wins. If they win today, they could have achieved that feat after playing 276 more matches.

Reactions As Powerful Governor Attacks Ruto & Urges Kenyans Not To Elect Him, Reveals Why (VIDEO)