By Agric (self media writer) | 1 month ago

The most awaited game of the weekend in the premier league between Chelsea and Manchester ended in a draw with a scoreline of 1-1. The first goal was scored by Jason Sancho in the 50th minute which was his first in the premier league since he joined Manchester United. He scored after being left one on one against the goalkeeper after a defensive blunder committed by Jorginho. 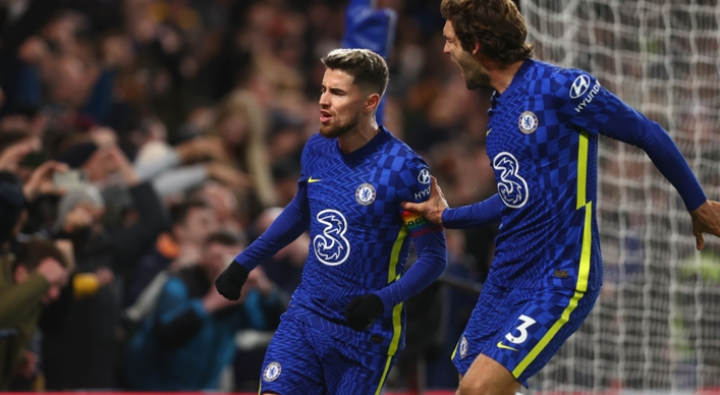 In the 69th minute Jorginho scored the equaliser after sending De Gea to the wrong side from the penalty spot. Chelsea were given the penalty after Aaron Wan Bissaka tripped Thiago Silva in the box. Chelsea still maintain the top spot but with only one point advantage over 2nd placed Man City. 

Manchester City enjoyed another usual win after beating West Ham United at the Ethiad with a scoreline of 2-1. They are now one point behind leaders Chelsea and one point above third placed Liverpool, while Manchester United are at the 8th spot. 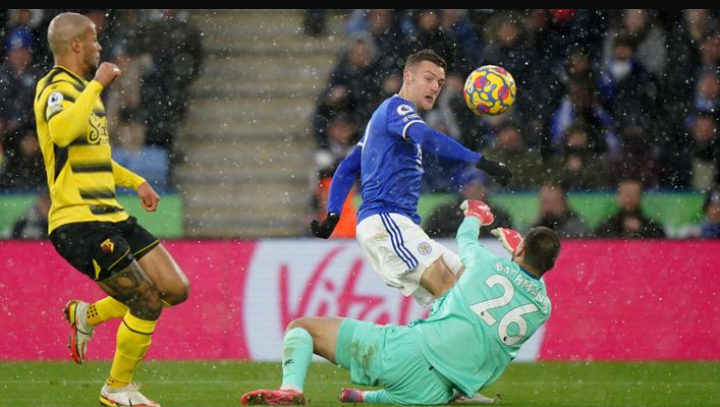 Leicester City run riot at the kingpower Stadium when they thrashed Watford with a scoreline of 4-2. In the table Leicester occupy the 10th spot while Watford are 16th. 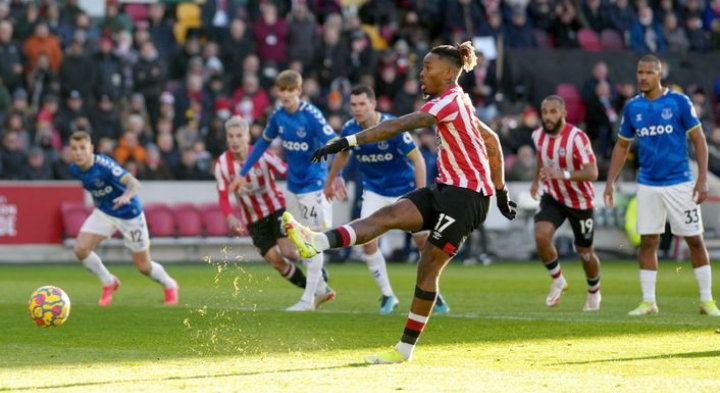 Brentford beat Everton 1-0 at the Brentford Community Stadium to move to the 12th place while Everton are at 14th. 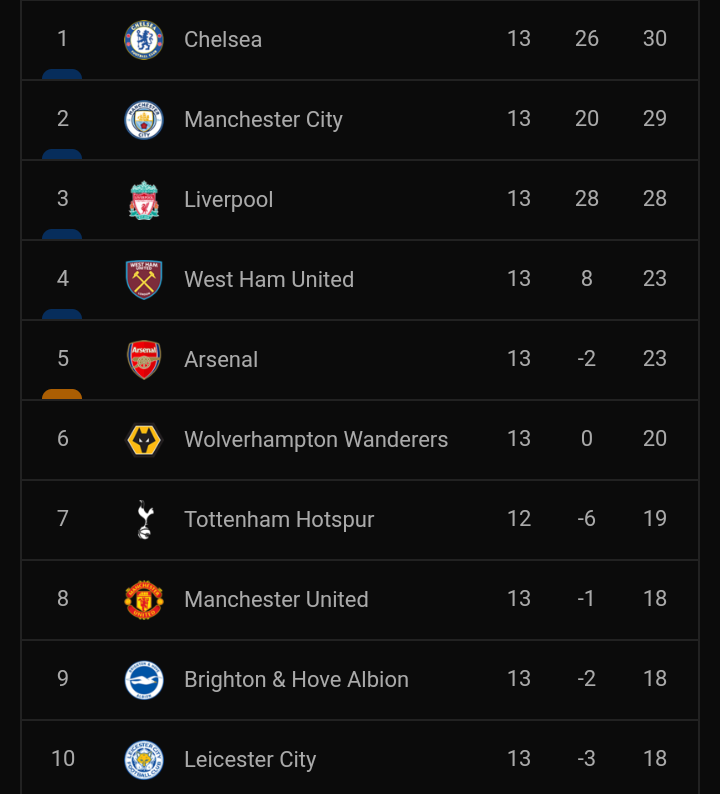 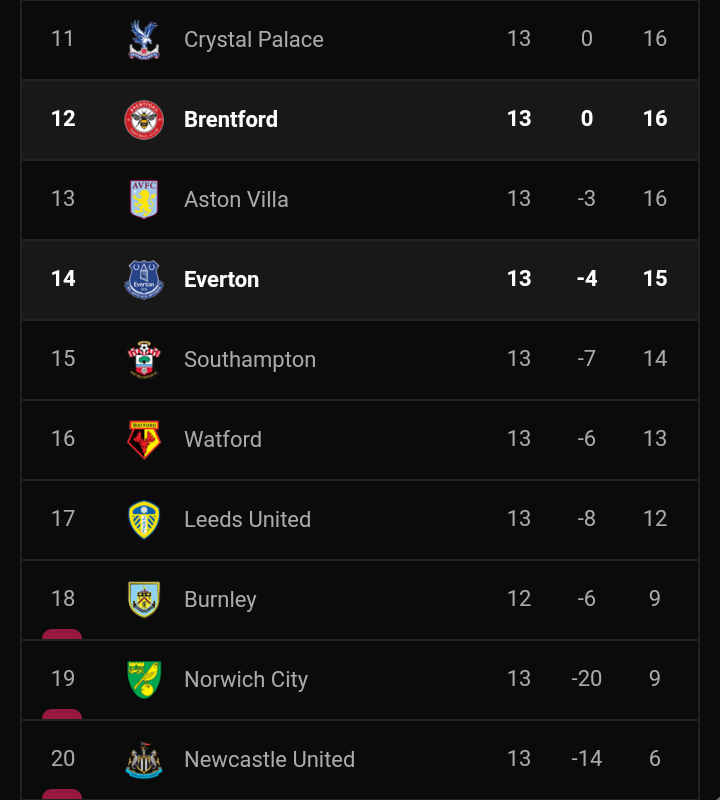