By TuchelOchieng (self media writer) | 6 months ago

The African Cup of Nations tournament has officially entered its quarter finals today. The first match saw the hosts of the tournament Cameroon find their way through to the semi finals courtesy of a brace from Karl Toko Ekambi. The second match of the night pities the North African giants Tunisia and the ever defiant Burkina Faso. The much entertaining match kicked off at 10pm East African time. 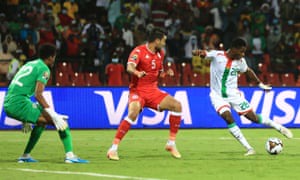 The 50-50 match affair has seen all teams trying to score and in the 12th minute Burkina Faso's Dango whistled a dangerous ball through the six-yard box but it was a wild shot. The interesting encounter continued as Burkina Faso went on to try and demolish Tunisia. The deadlock was however broken at the 45+2 minutes Toure latched onto a loose ball in the centre circle and Dango lashed past Said and registered a superb goal. Headed to first half, Burkina Faso were comfortably leading. 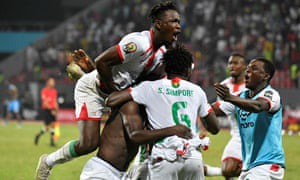 The second half however witnessed the Tunisians being better than the Burkina Faso team with striking abilities that have given the defense a hard time. The encounter continued to be a one - sided affair as Burkina Faso were forced to defend more.

Despite being the better side and having total dominance of the match, we're flatly denied a chance to level the game. Soumaila was denied a penalty at the 79th minute after the referee checked the VAR which would have seen them come back to the game. 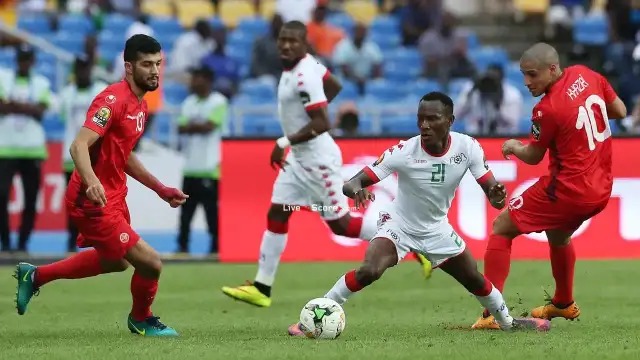 The thrilling match continued as Dango Ouattara was booked for a red card for a reckless tackle.

As the 90th minute closed in, the Tunisians were totally losing it to the Burkina Faso team as their attempts were fully met. The three added minutes were not enough for Tunisia to turn the game around as the Tunisians comfortably booked their spot at the semi finals.

Content created and supplied by: TuchelOchieng (via Opera News )

Arsenal 'Injury Updates' Ahead Of Leicester City As Arteta Looks For Second EPL Win This Season.

Official;Star Set To Undergo Medical Test On Tuesday Amid His Permanent Deal To His Former Club Done

Opinion: How United 'May Line-up This Season With Arnautovic & Rabiot If All Signed' Amid Links.

Watch: Manchester United Fans Get into A Brawl as The Team Was Losing to Brighton.