Brentford fans will have thoroughly enjoyed the international break with their side sitting seventh on the Premier League table, after a dream start to the season. They have won three, drawn three and lost just once in their seven starts to the top flight campaign. Having already beaten Arsenal here and West Ham away, they will be looking forward to another London derby and the visit of European Champions Chelsea in a Premier League meeting for the first time since March 1947. 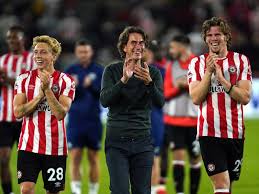 The last competitive head to head fixture was in a FA Cup tie which resulted in a 2-2 draw and ironically the visitors had won the Champions League the previous year. The fans will be confident history will be repeating itself as they host Chelsea today.

It will not be an easy ride for The Blues and those supporting them will be disappointed, if their team fails to end that run as they topped the Premier League table going into the International Break. 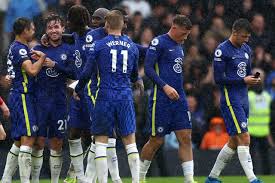 Opening well has helped Chelsea go unbeaten on the road this season, winning twice and drawing once and saw The Blues score an average one first half goal in those away fixtures. Those two wins were both to nil against the London opponents Arsenal and Tottenham and having scored in each of the last seven Premier League away games, Chelsea are seeking a hat trick of early season derby wins on the road.

Brentford have no major Injuries ahead of this Clash against Chelsea but the likes of Shandon Baptiste, Joshua Da Silva and Mads Sorensen remains on the sidelines and will play no part against Chelsea.

However, Thomas Tuchel will have to do without three first team players in Thiago Silva, Antonio Rudiger and Hakim Ziyech. The possible line ups are: 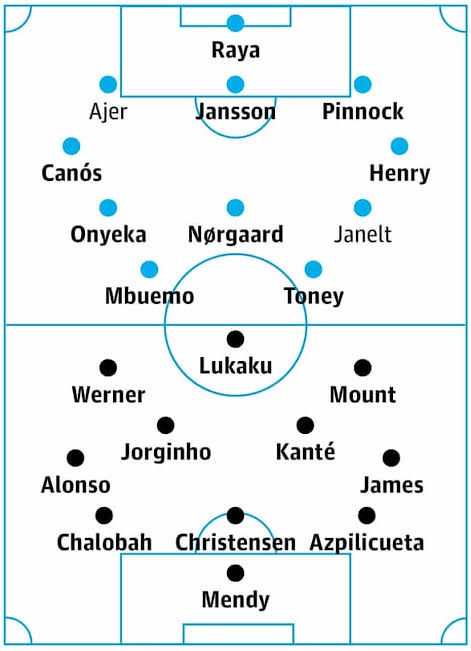