Manchester United were thrashed 4-2 by clueless Leicester City who had a poor start to the campaign.

Brendan Rodgers had enough confidence to end Ole Gunnar Solskjaer unbeaten away run of 29 games in style which has put the Norwegian boss under pressure once again. And what Manchester United star Paul Pogba did in this clash is what frustrated fans who are calling for change in the managerial sector.

Pogba failed to clear a corner that was directed to his head leading to Leicester City fourth goal. The Frenchman missed the ball that finally landed in Dakar's legs who extended the lead by two goals with 5 minutes to the final whistle. 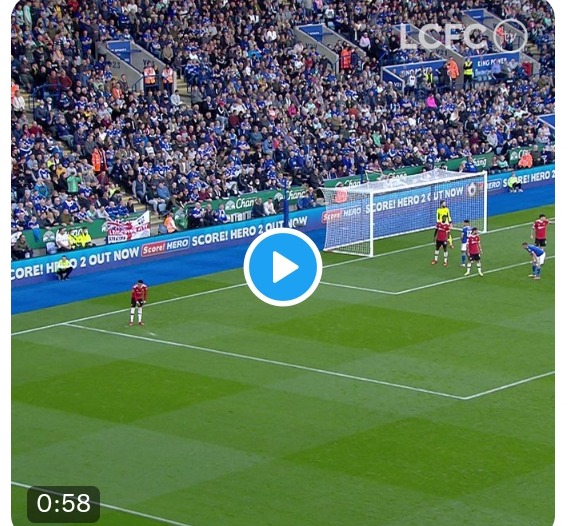 Speaking after the game, Paul Pogba admitted that they deserved to lose as they were not in the game. The Frenchman says they need to change something and avoid conceding silly goals everytime.

The Old Trafford side will face more attacking Atalanta in the Champions League clash midweek before facing Liverpool next weekend,- a match which will determine if they are title contenders or not.