Ronaldinho Gaucho is among the most complete creative playmaker or wing forward to ever grace the world of football. He has won nearly everything in his playing career despite all the scandals he had in his career. The veteran Brazilian won La Liga, UEFA Champions League, Copa del Rey, Seria A and Ligue 1 titles at club level. He also helped his national team win the prestigious World Cup title. 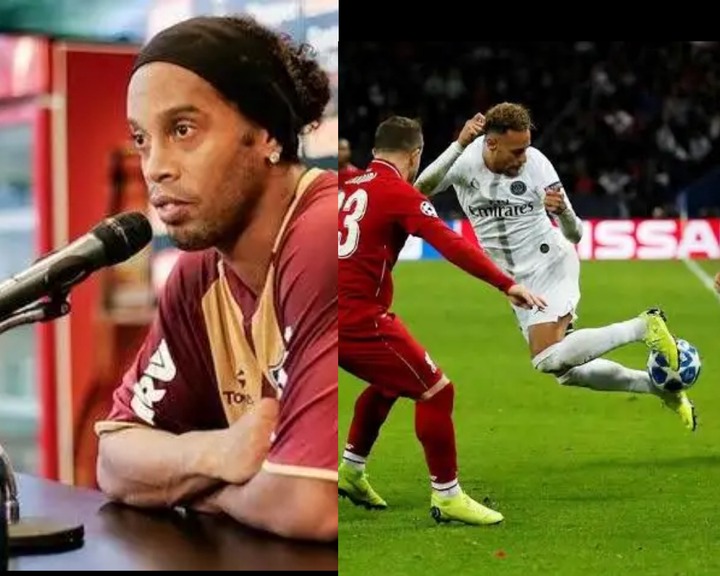 In his illustrious playing career, Ronaldinho represented some of the Europe's elite clubs including Barcelona, AC Milan and Paris Saint Germain. In his venture across the football world the veteran soccer star played alongside big names like Samuel Eto'o, Kaka, Deco, Rivaldo, Gattuso, Brazilian Ronaldo, just to mention a few. 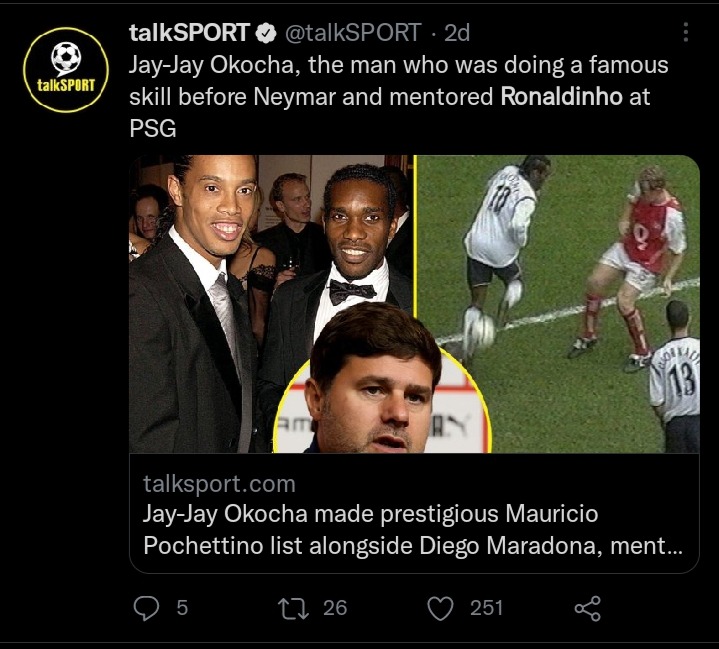 Despite playing with all those stars, Ronaldinho choose an African footballer, Jay-Jay Okocha, as his mentor. Through talkSPORT, Okocha was the man doing the famous football skill, Rainbow Flick, even before Neymar. He typically taught Neymar Junior the skill. Pochettino also heaped a lot of praise to the African elite soccer star. 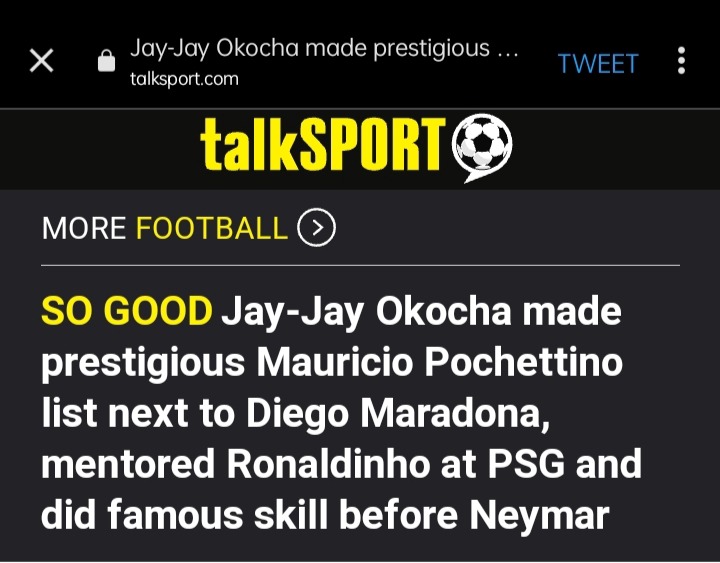