Obviously, Barca's fans were much disappointed with the club's effortless perfomances, since the beginning of the season.

The Barcelona board of management sacked Koeman as the club's manager and brought in the football legend, Xavi, while since the appointment of Xavi, he promised to transform a the team to a better one. 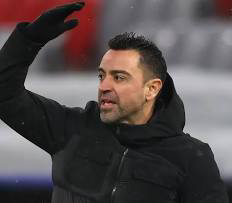 Following Barca's defeat by their rival, Bayern Munich, a statement from Xavi was posted by ESPN FC after the match.

In his statement, Xavi expressed how angry and pissed off he is, but he's ready to start from zero, since it's a reality and they should face it as a team. 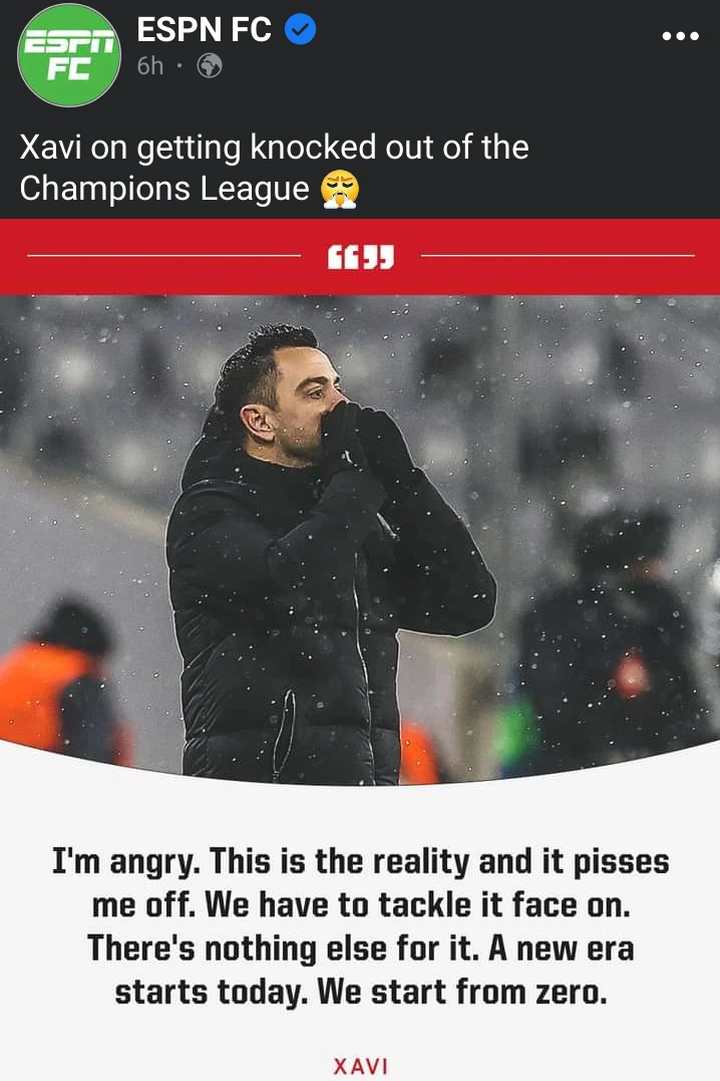 Eventually, the fans were much disappointed with the club, since they expected that Barcelona will be able to defeat Bayern Munich.

Fans expected more from the Barcelona players but they were mercilessly defeated by Munich, in the Champions League group stage.

Look at the fans' reactions to Xavi's statement below; 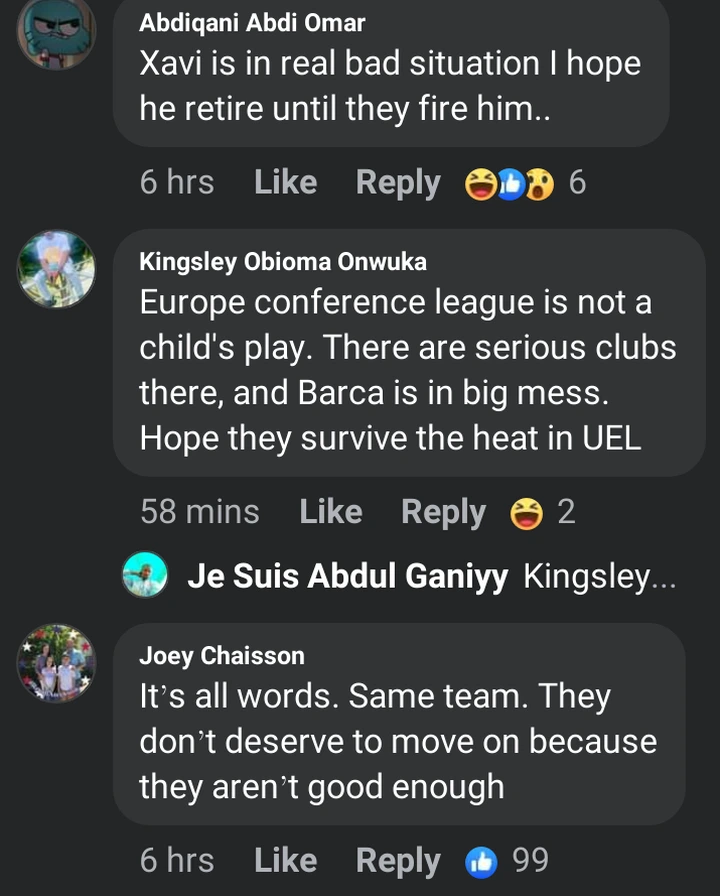 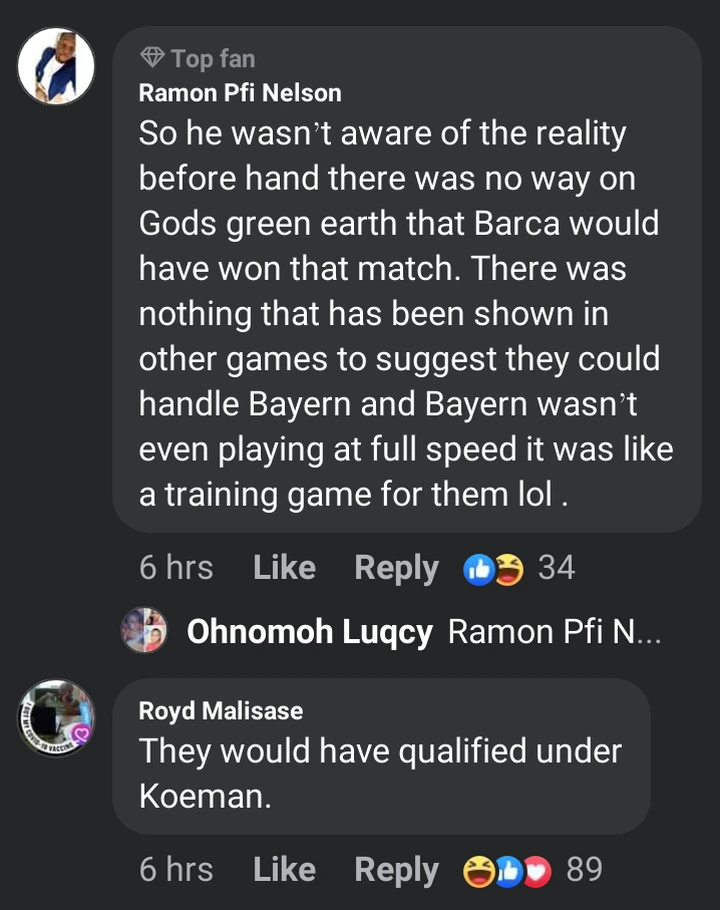 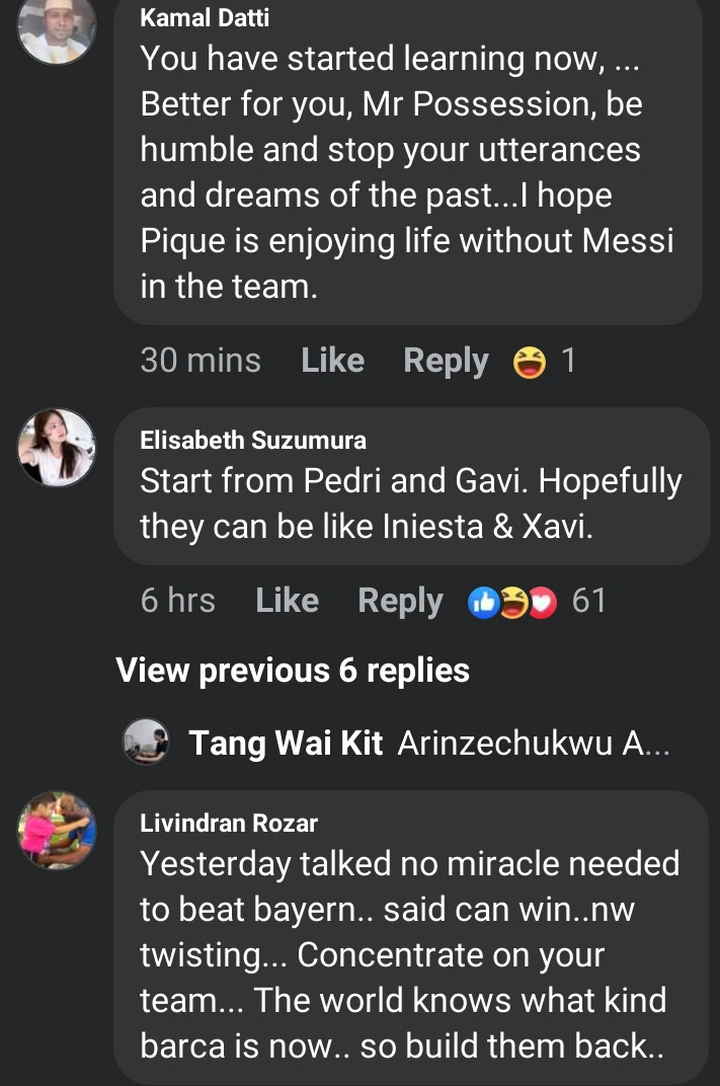 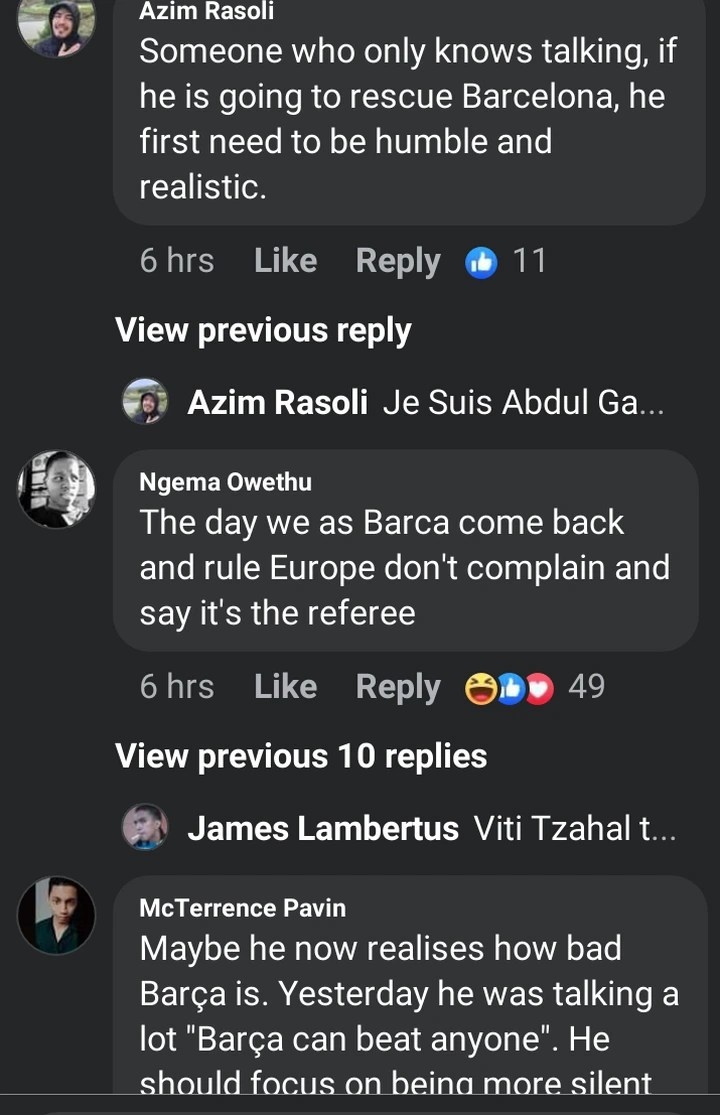 Leave your reaction in the comments section below, share and like this article. Meanwhile, thank you for reading.