Arsenal Star Roasted For Allegedly Turning Up Overweight After The Holidays

By TheRealLionKing (self media writer) | 6 months ago

Arsenal star Willian Borges has been on the receiving end after turning up overweight. The former Chelsea player was spotted with a pot belly during their friendly match against Hibernian which is uncharacteristic of professional athletes. The Arsenal fans were shocked since the Brazilian is one of the key members of the squad. His experience and leadership skills have come in handy when the London club is facing tumultuous times.

Willian is not the first player who has been accused of binging during their vacations. Real Madrid winger Eden Hazard showed up overweight just after they signed him from Chelsea. The Spanish media houses castigated him since he was a great player and would have known better. Juventus' striker Cristiano Ronaldo is one of the players who spends most of their time in the gym. The results are evident in his performances.

The Gunners were beaten by Scottish side Hibernian in their first pre-season game. They lost several glorious chances throughout the game. The defeat left more questions than answers to the current manager Mikel Arteta. Last season they had one of their worst seasons in the recent past. 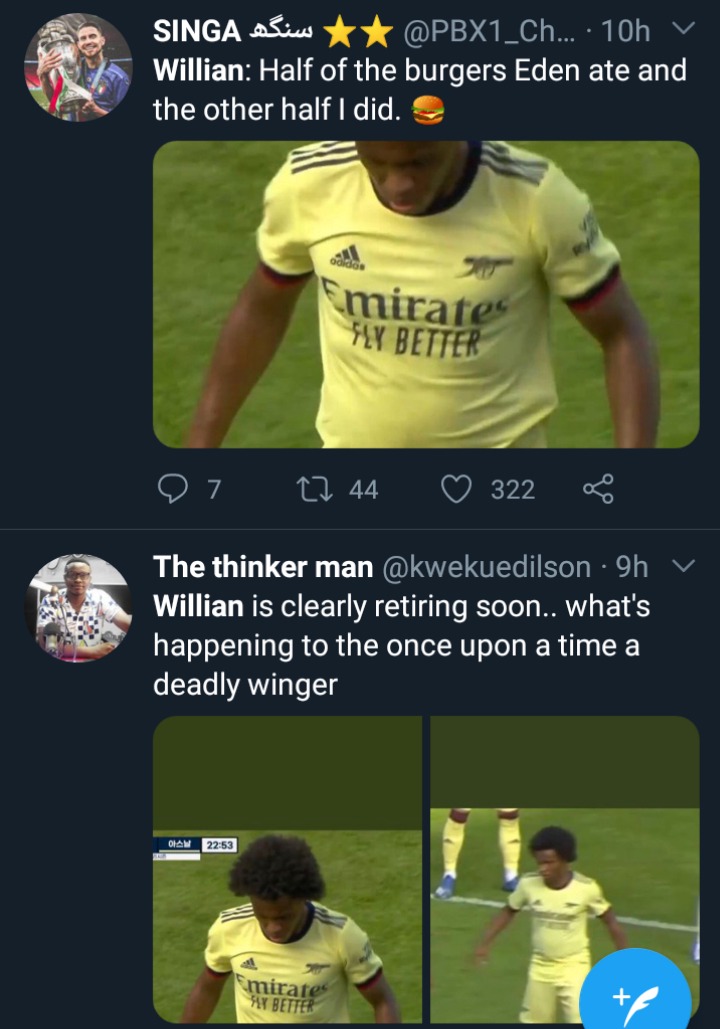 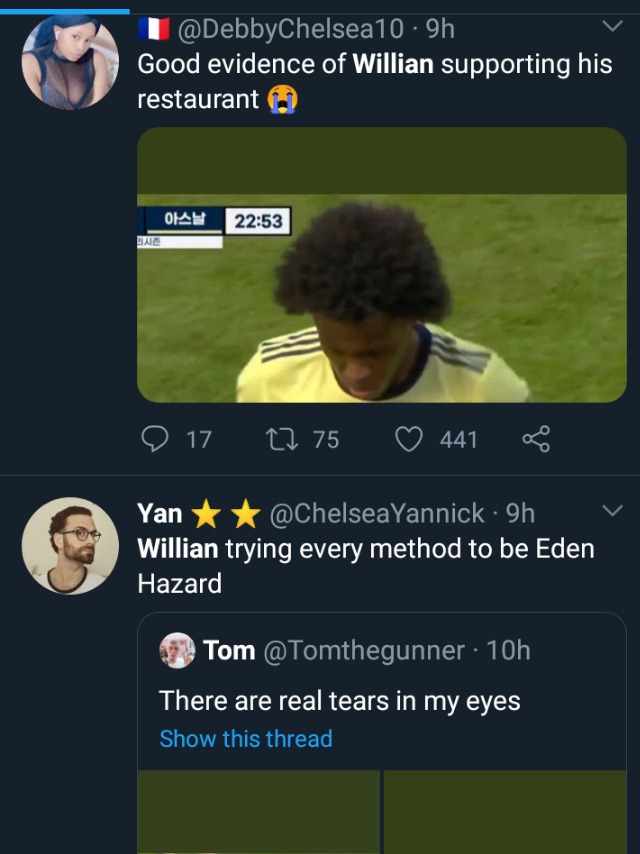 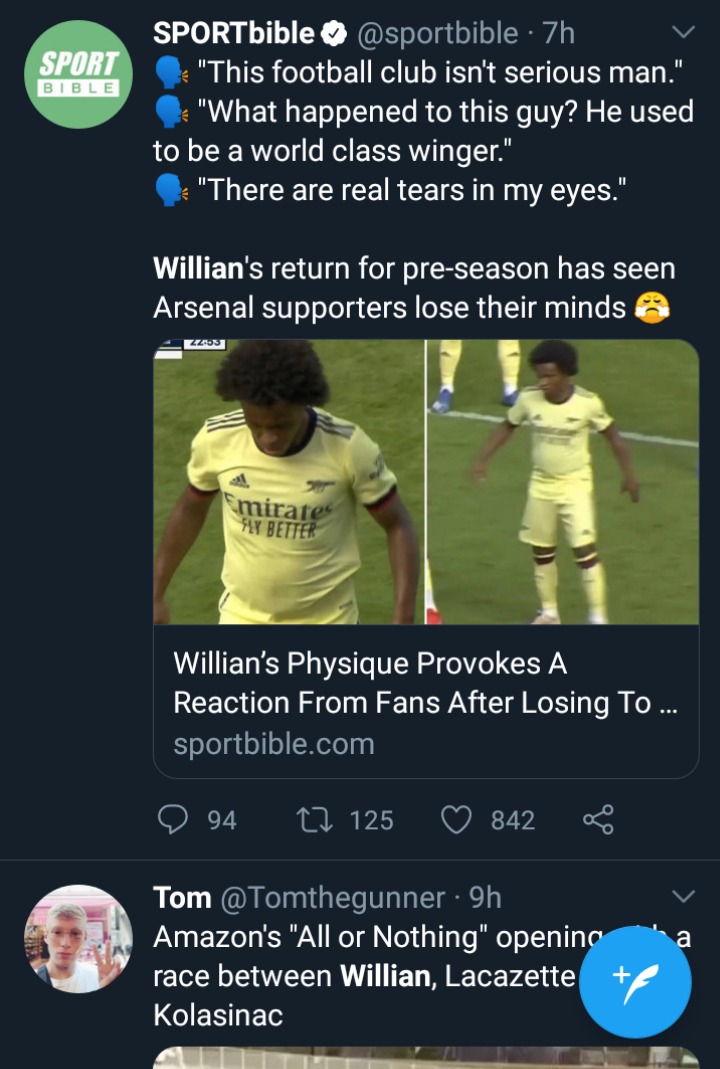 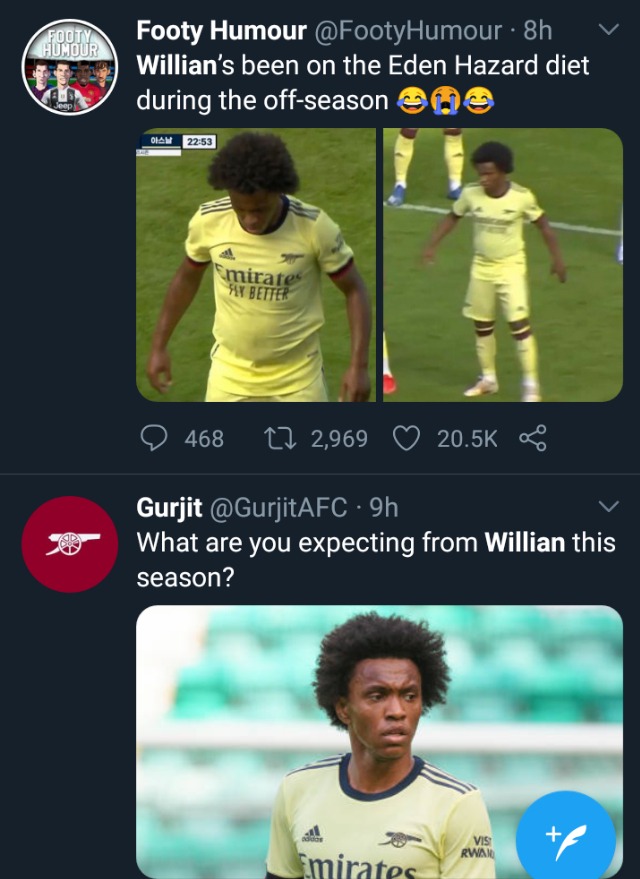