Arsenal are reportedly intrested in signing Real Madrid star Luka Jovic as Alexandre Lacazette replacement if he leaves Emirates according to The Sun Football Reports. Lacazette has less than a year remaining in his current Arsenal contract and has scored 67 goals in 174 appearances for the Gunners since joining them from Lyon back in 2017. Lacazette has attracted intrest from Atletico Madrid, Sevilla, Barcelona, Newcastle United and Juventus but is yet to decide on his future. The Gunners have been impressed by Luka Jovic performance on loan at Eintratch Frankfurt following lack of playtime at Real Madrid. Arsenal are keenly following Everton Forward Dominic Calvert Lewin alongside Sevilla Striker Youssef En-Nesyri and Aston Villa Forward Ollie Watkins. 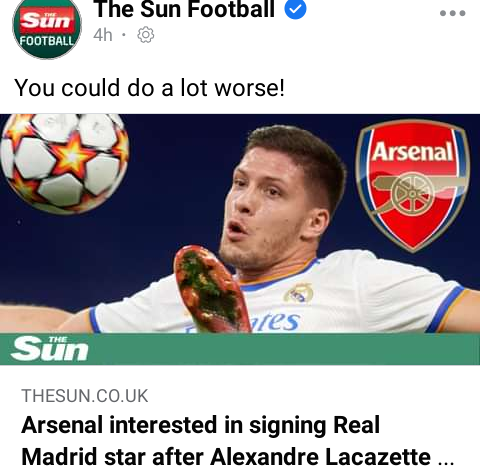 Man United have suffered a huge transfer blow after Juventus reportedly offered Paul Pogba stunning £10 Million per year deal to leave Old Trafford. Paul Pogba is yet to decide on his future after declining to extend his contract even after being offered £400K per week by Man United to stay. Paul Pogba allegedly want to join Real Madrid but his high salary demands have are the stambling block but the absence of transfer fee could facilitate a move next summer transfer window according to Marca Reports. 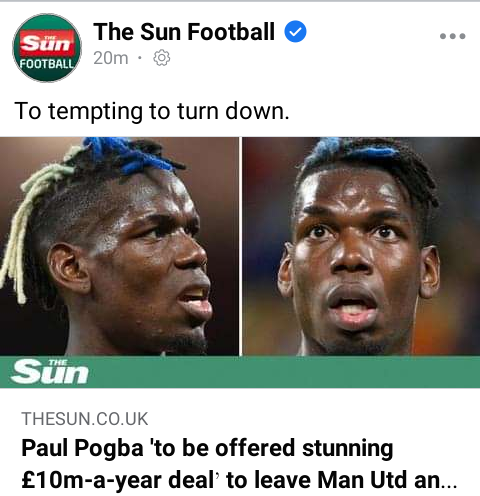 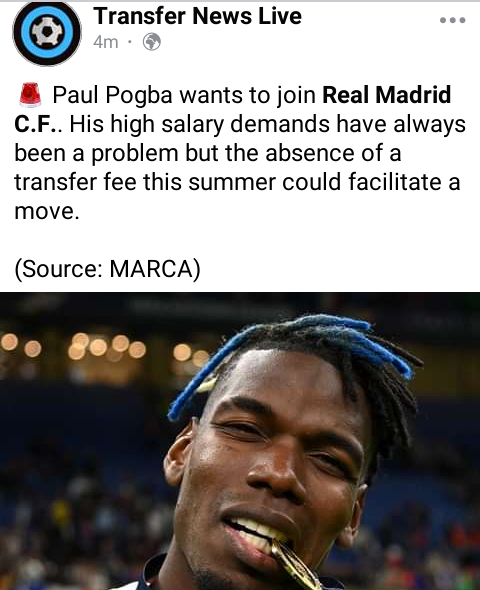