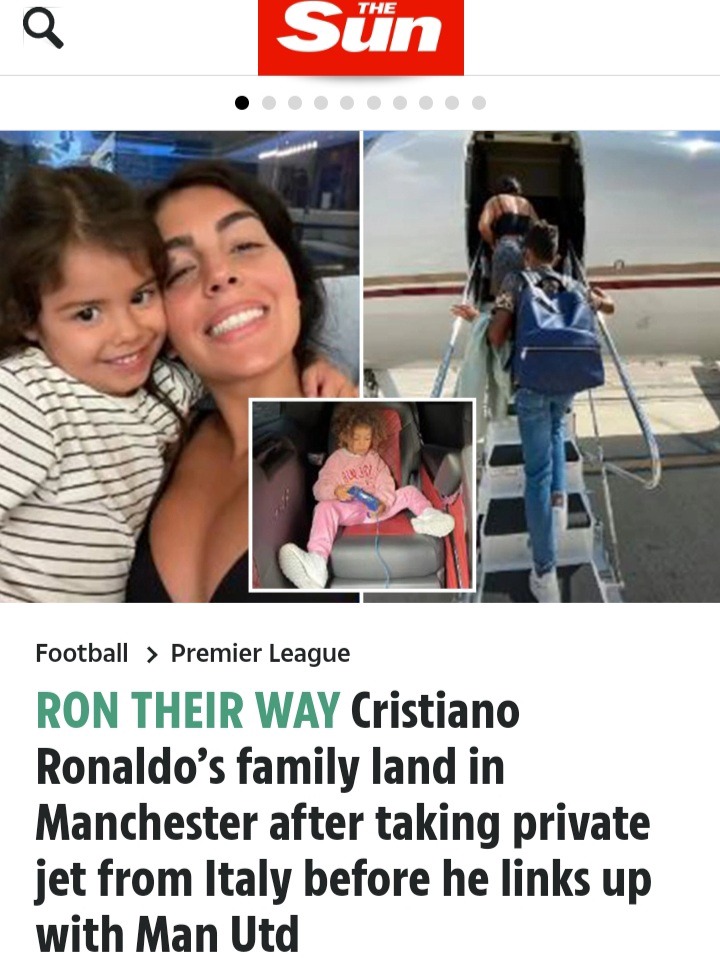 Manchester United made a last minute rush on the deadline day. To announce the signing of Cristiano Ronaldo. The latter already is a legend at Old Trafford. 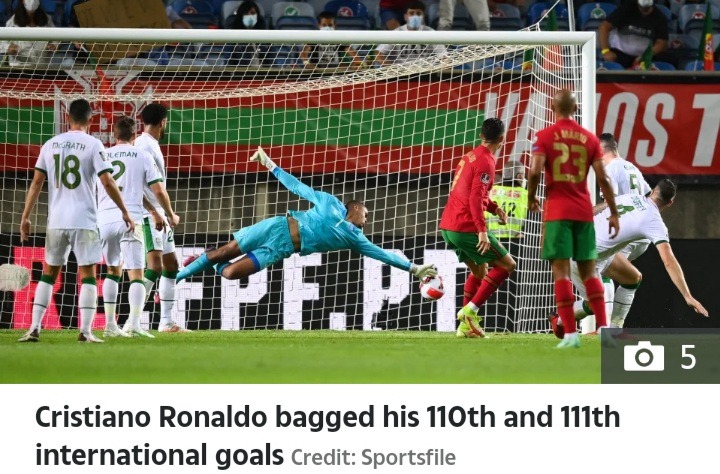 Having won almost everything in football at Manchester United. And the Portuguese international has made a decision to return to where it all started. 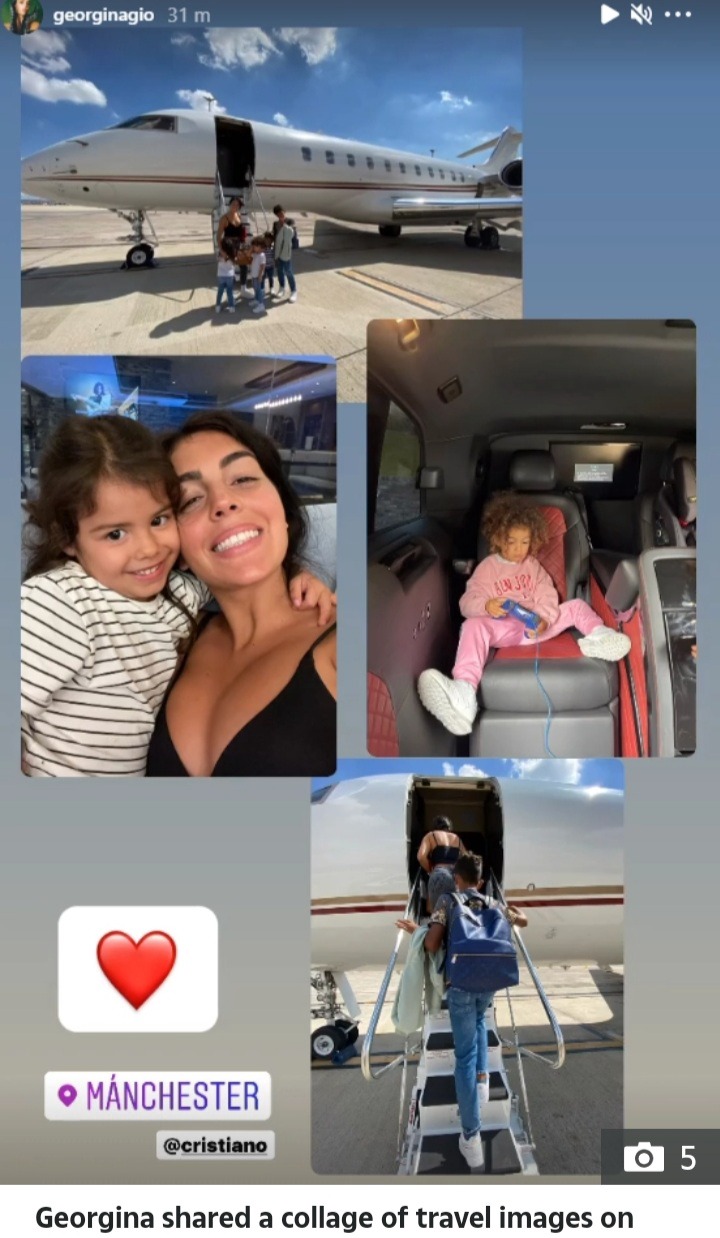 And these week he has been involved with his national side Portugal. And he broke a record as he scored 111 international goals. 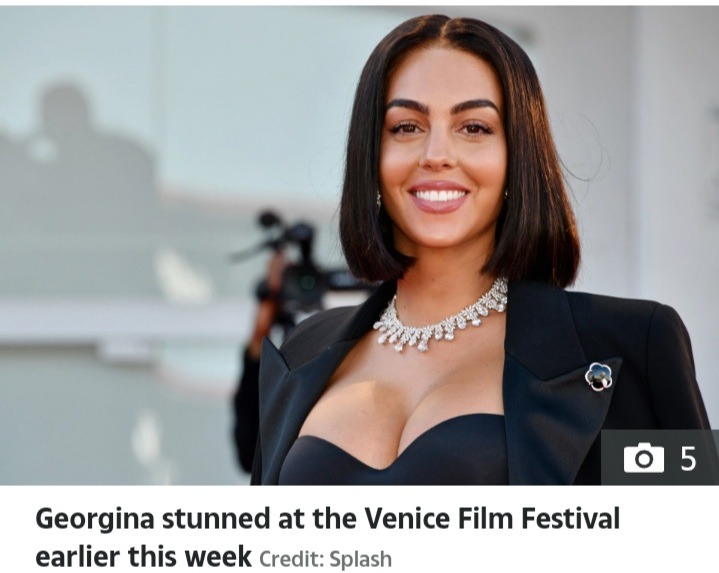 And as per the Sun, his partner Georgina Rodriguez and there four kids. Have landed in Manchester in a private jet. The 27 year old was these week as well involved in a Venice Film Festival. 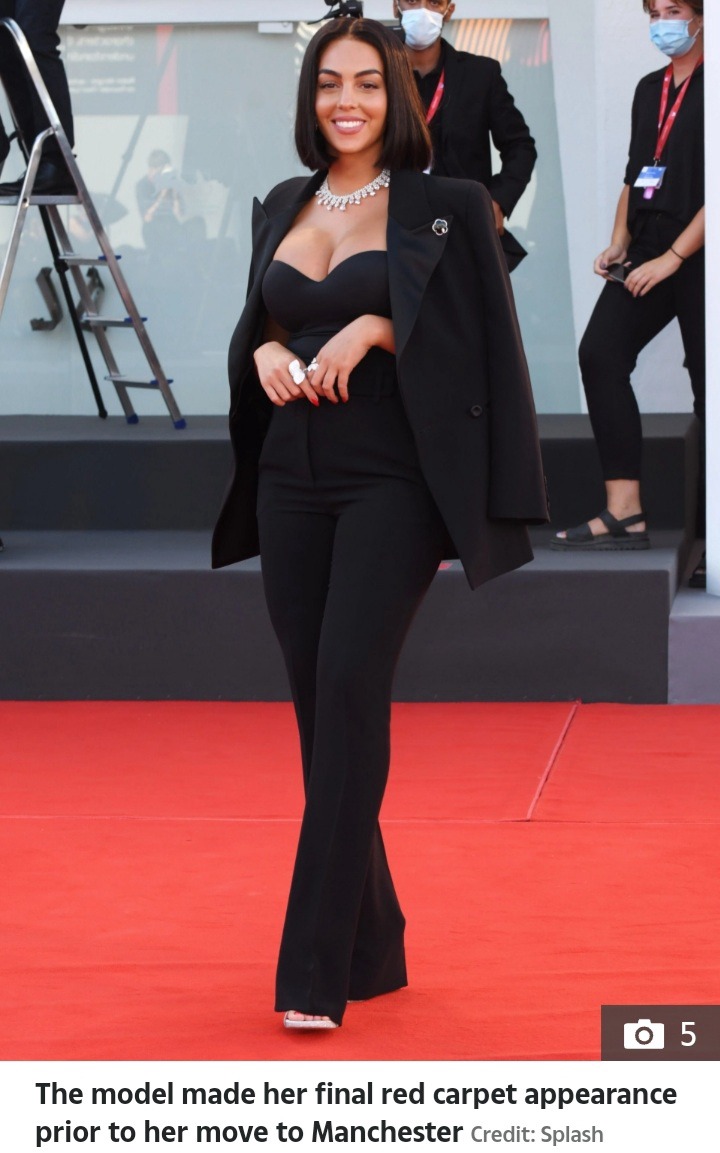 Despite scoring two goals against Ireland the former Real Madrid striker. Didn't escape the referee booking. As he received his yellow card due to his celebration actions as he took off his shirt. 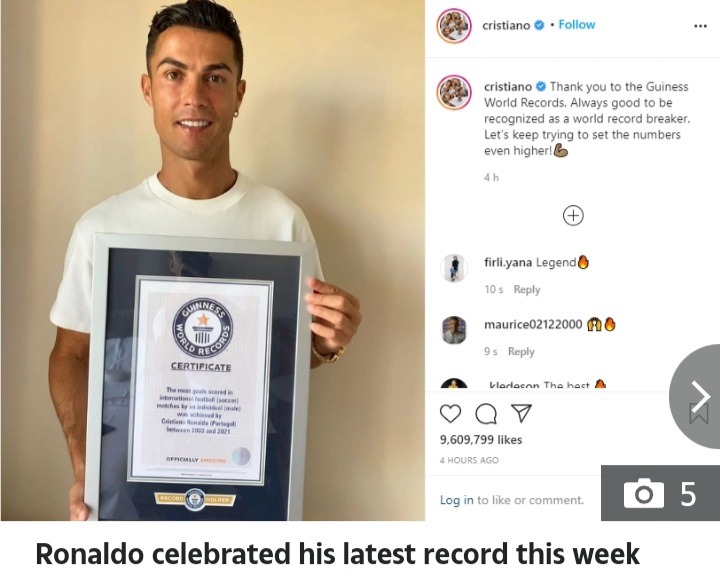 He later apologised but that didn't stop him from being suspended. From Portugal's Tuesday fixture against Azerbaijan. 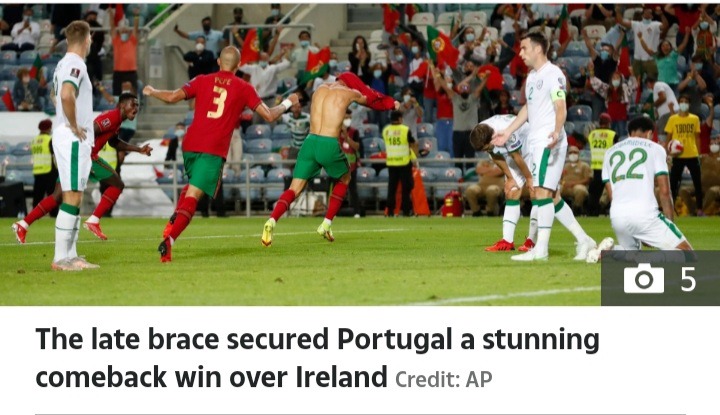 That lead to the Manchester United new signing. To be released from Fernando Santos camp earlier. 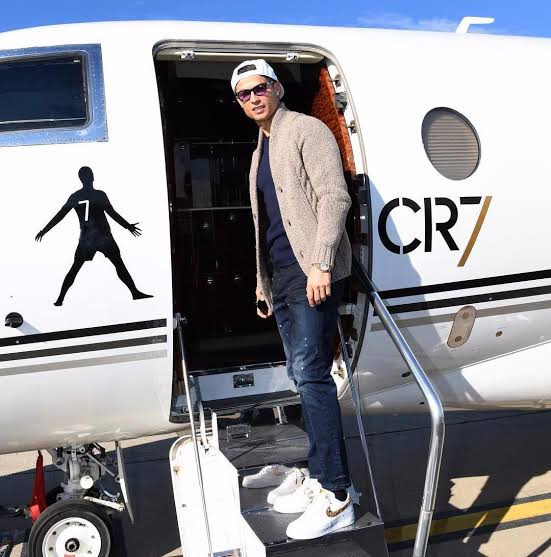 And will link up with his Manchester United new teammates earlier than expected. Ready to face Newcastle in his debut. At Old Trafford on September 11th.