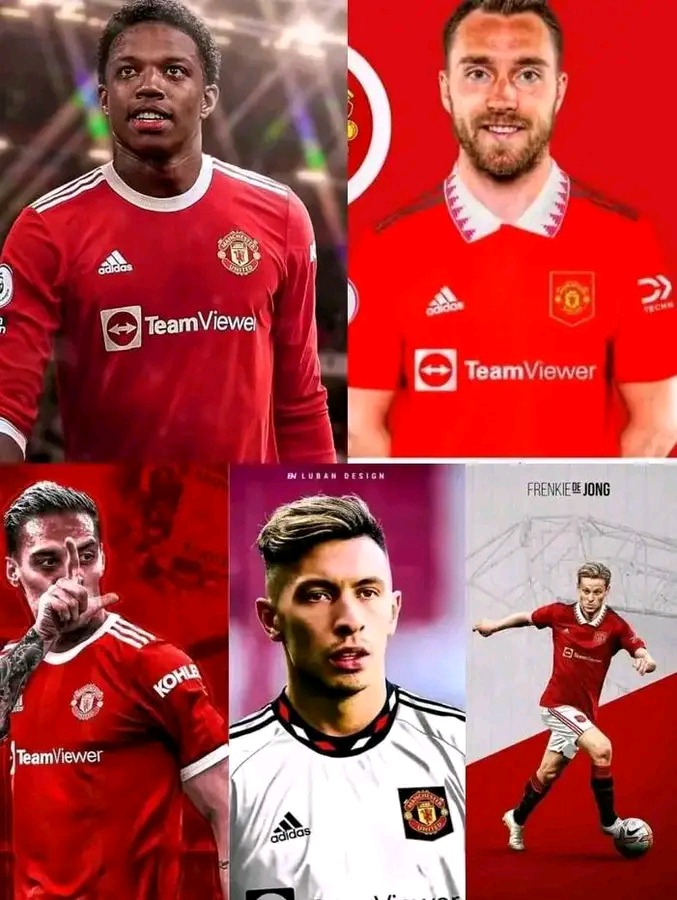 Almost one month is down the line since the transfer window opened, the Barcelona midfield maestro Frenkie de Jong and Feyenoord left back, Tyrell Malacia are expected to become the first two signings for Erik ten Hag  at Old Trafford after an agreement for both payers was agreed between the interested parties

The Argentina international is the subject of interest from both United and Arsenal, with the Gunners having already seen two bids for him rejected, according to reports.

Ajax are holding out for around £45million for the 24-year-old and Arsenal's highest bid so far is reported to have reached £35million. United are yet to make an official offer for the player.

However, according Daily mail ,Old Trafford outfit are in the race for free agent , Christian Eriksen and have also been linked with Ajax defender Lisandro Martinez with Arsenal set to compete for his signature.

According to reports by the Athletic, United have are facing a stumbling block in their pursuit for Feyenoord left-back Tyrell Malacia to Old Trafford.

It is reported that the deal is being complicated by an issue surrounding Malacia's representation in the proposed deal.