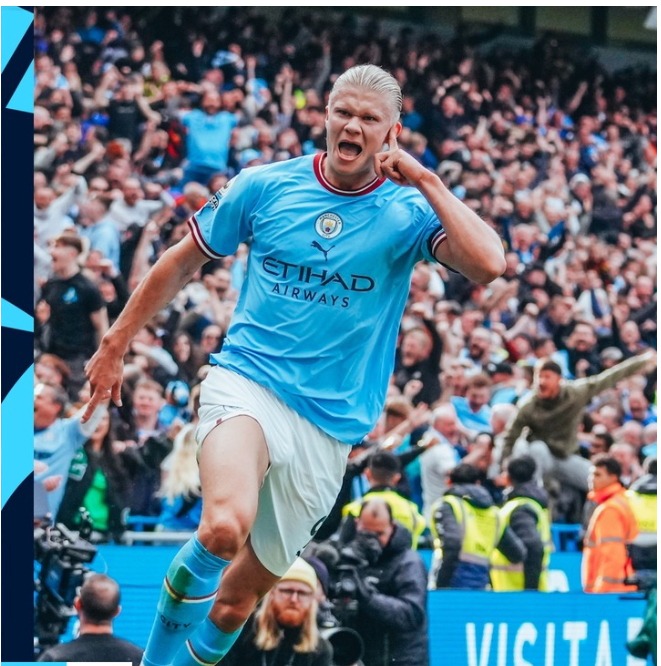 Man City striker Erling Haaland scores a hat trick against Manchester United on Sunday to keep up his streak of scoring hat tricks in the Premier League.

In a thrilling Manchester derby, the forward quickly established his dominance over rival Manchester City. 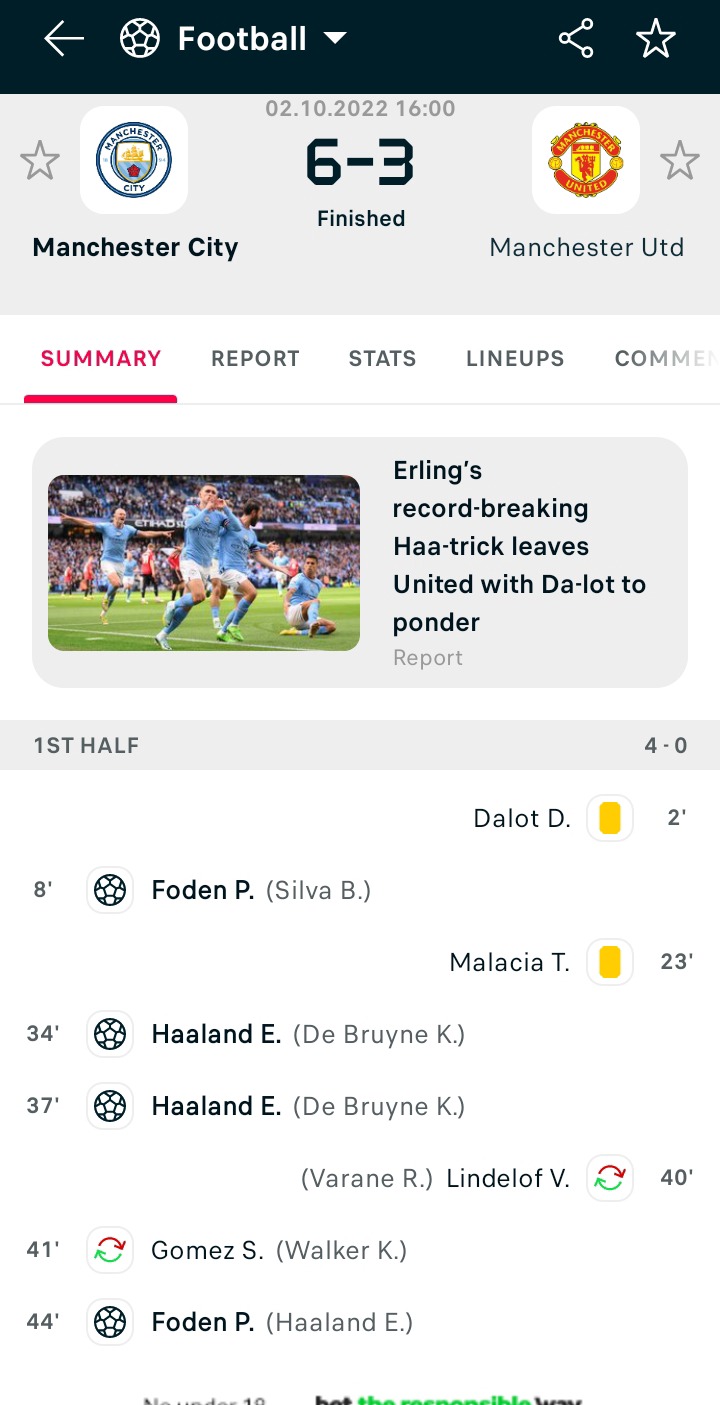 City prevailed 6-3 thanks to Haaland's hat trick of goals before and after the break.

The 21-year-old scored a hat trick for Man City in their third consecutive home game, the first time anyone has done so.

Haaland is the third City player (along with Horace Barnes in October 1921) to score a hat trick against United since Francis Lee in December 1970.

After that, Phil Foden joined him in the game and scored three goals of his own. 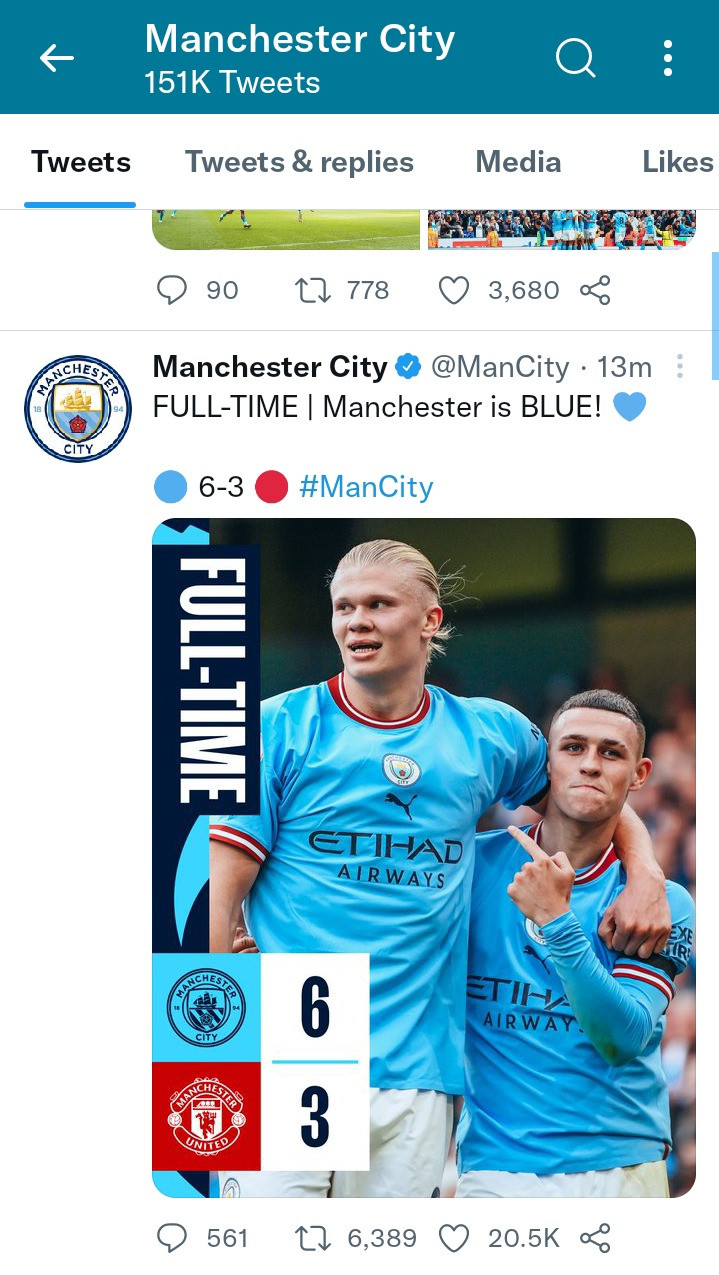 In addition, it is important to keep in mind that Haaland was responsible for two of Foden's goals in the Manchester derby. 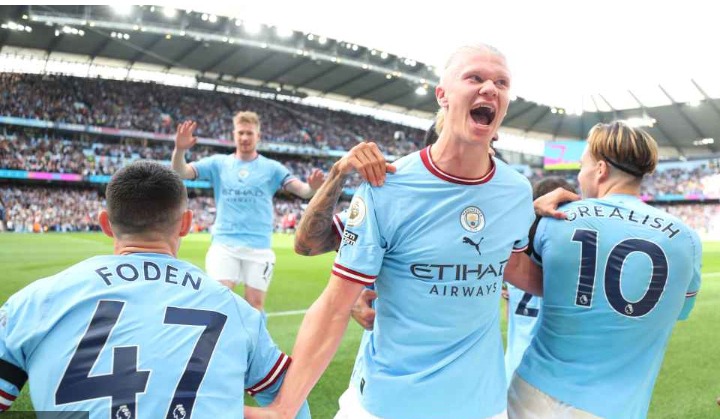