Gabriel Martinelli is one of the upcoming best players at arsenal predicted to rise to greater heights if given an opportunity. He missed better parts of last season due to injuries and after he had fully recovered, he was offered limited game time something that frustrated the gunner's fans.

Martinelli is known for his pressing and finishing capability. During Unai Emery's time, he was presented with several opportunities and that is where he built his name. Emery used him as a number nine and he never disappointed. He scored several critical goals and at times was the player to watch.

Arsenal fans were disappointed when Emile Smith Rowe was used as a false 9 instead of him in last seasons Europa League semi-finals. This costed arsenal the Europa league finals since Arteta's plan failed. Several times Martinelli played as a substitute under Arteta, yet his capabilities are known given that Aubameyang's “boots” were often missing when needed last season.

Martinelli should be offered a chance to play as a central striker since he can press the ball very well and has a high finishing power. Arsenal should offer Martinelli more game time just like Greenwood at Manchester United.

Below is 2019/2020 statistics proving that Martinelli is world class. 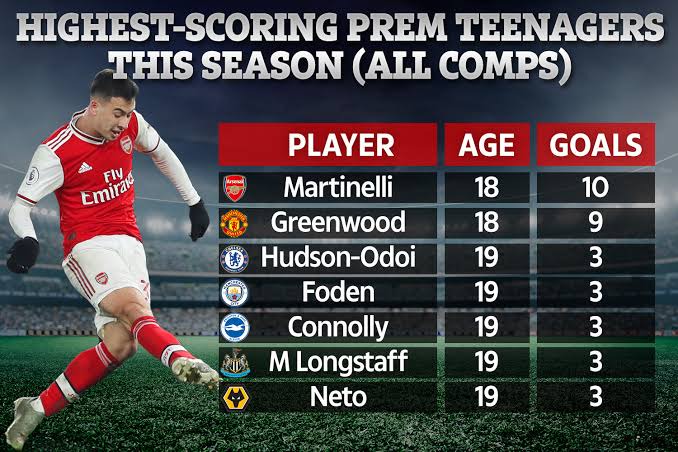 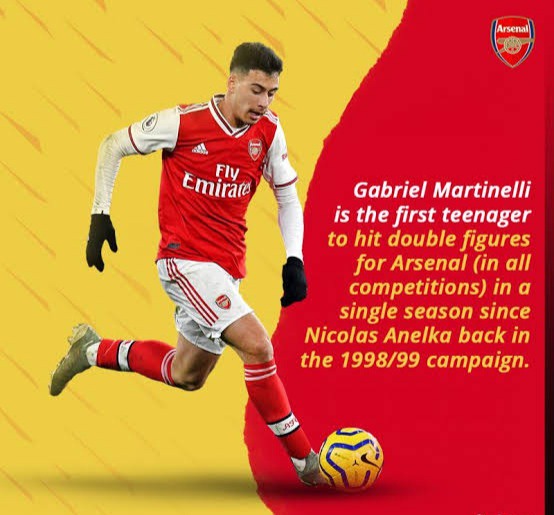 Martinelli should be offered a chance and for sure it will bear fruits. He begun this season late due to a long term injury but when he come back he deserved more chances.