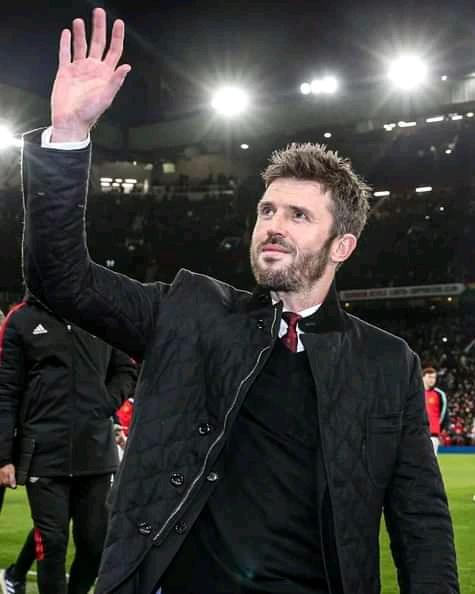 Manchester United manager, Michael Carrick has ended his 15 year stay at the club, both as a player and coaches, following his resignation from his role as the assistant coach of the club.

Carrick's decision was made known after guiding Manchester United to an outstanding 3-2 win over Arsenal football club, at the Old Trafford last night.

Carrick stepped in as the Red Devil's manager, just after the sacking of Ole Gunnar Solskjaer. Since then, Carrick led the team to a 2-0 victory over Villarreal, led them to a 1:1 draw with the Blues and finally yesterday, he led the squad to a remakable 3:2 victory over FC Arsenal. Thanks be to Carrick's tactical substitution.

Undoubtedly, Carrick will be greatly missed at the club, but his decision to leave the club is a wise one because of the following reasons;

• Leaving Man United will give Carrick an opportunity to pursue a coaching career.

With Manchester United not ready to give him the managing job, Michael Carrick will use this time to seek for a coaching career elsewhere, and prove that he is ready for the job.

It will be worth enough to conclude that Carrick is a genius tactician, after watching the way in which Manchester United has played recently, under his management.

His team did not only get those good results but played very tactically to get the job done. So the former Manchester United midfielder made a good decision and should pursue his coaching career.

• It will give the new Interim manager the chance to exert his influence.

Michael Carrick has spent 15 years at the club and must have built a great relationship and influence over the players, hence his departure will now divert the player's loyalty to Ralf Rangnick.

All the best in your endeavors Michael Carrick.

Do you second that Carrick should leave the club? If yes, state why.

Maize Flour Prices to Drop in The Next Two Weeks

6 Signs Your Relationship May Be Toxic