By Kelvin1x (self meida writer) | 1 months

Yesterday was a great day to Chelsea and it's fans after a 1-2 win against manchester city.Manchester city started scoring and lead the match at half time.Sterling scored for Manchester city at the fourty fourth minute.Unfortunately,Aguero failed to score a penalty that was awarded some few minutes to half time. 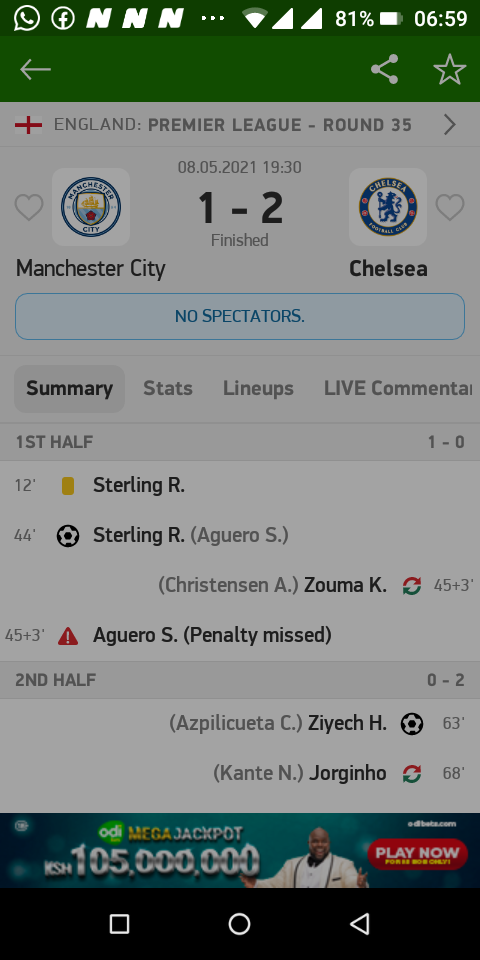 Chelsea equalized at the sixty third minute.Ziyech is the player who scored the first goal for chelsea.The match was ending in a draw but Alonso was assisted by Wierner to snatch the win at the ninety second minute.Manchester city should receive the big defeat as a warning of losing the UCL cup.Chelsea is currently at the third position in the league and this will qualify it for the next uefa champions competitions. 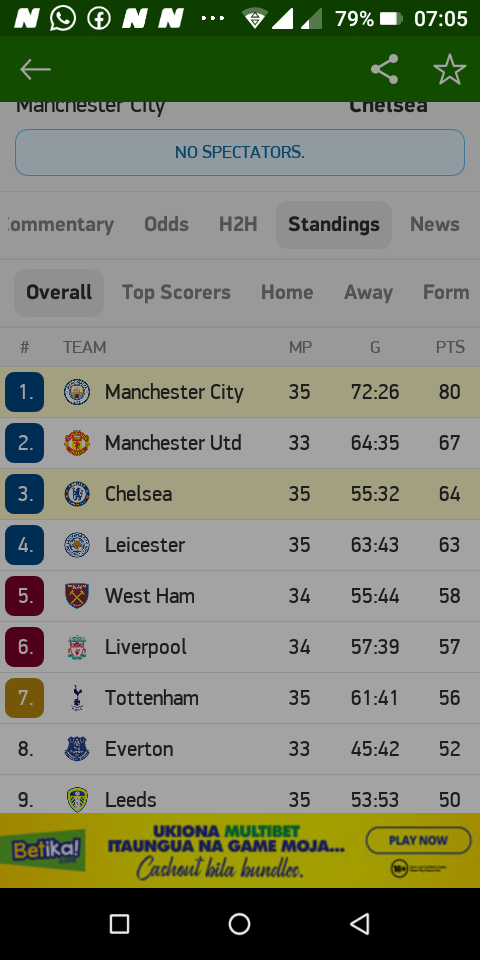 Manchester city is still miles away in securing the England premier league title since they are thirteen points ahead of Manchester United.However, Manchester city needs to prepare thoroughly for the uefa finals against chelsea.Tuchel has already proven that he is capable of beating them consistently.Chelsea knocked out Manchester city from the FA competitions with 1-0 win.They have defeated manchester city for a second time and if the etihad players will not be keen,they will be snatched the win at Instabul on 29th May 2021.