By pkuruikoech (self meida writer) | 5 days 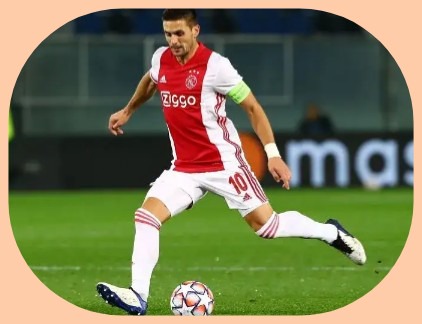 Ajax are on course for another Eredivisie title as they go to Match Day 31 where they are set to host Emmen. With 76 points at the top of the standings, and four matches remaining, Ajax need just one point to be confirmed champions. Emmen on the other hand have 24 points, in 16th place the relegation playoff spot.

Ajax are coming here on a run of 19 matches unbeaten and after winning the Dutch Cup, they will be out to complete their double. In three of their last five matches they have kept clean sheets and have scored in all of the last five matches. At home, in their 15 home matches in the league this season, Ajax have lost just once, and won 12.

Emmen failed to win any of their opening 22 league matches but an eight-game unbeaten run going to this clash has been a key game changer in their survival push. They are the team with the best form in the bottom half, having collected 11 points in the last five matches. They’ve scored in each of their last five matches, on three occasions netting three times, but they have no clean sheet in those five matches.

Burnley will continue with their push to rise away from the bottom three of the Premier League when they host West Ham United on Monday in Match Day 34 action. The hosts are on 36 points and in 14th place, while high flying West Ham United are fifth with 55 points.

Burnley bounced back from three straight defeats in emphatic fashion last time out, beating Wolves 4-0 away from home. As they get back at Turf Moor, the target is a win that would open up a 12-point gap from the relegation zone and in effect assure of survival. In Chris Woods’ form, it is possible, after scoring three in the Wolves rout and providing an assist for the fourth. West Ham beat Burnley 1-0 in January but before that Burnley have registered three straight wins over the Hammers.

West Ham United haven’t had their spark in the last two games, and back to back losses have seen them drop out of the top four after showing much promise earlier. They head to this game from a 1-0 loss to Chelsea, which also marked the first time in the last five matches that they failed to score in a game.

In the earlier four matches, West Ham had scored at least two goals a game but given Chelsea’s defensive output this season, The Hammers can’t be faulted for failing to score, and they also had Fabian Balbuena sent off in the clash. The Paraguayan will however be eligible to feature in this game after a West Ham appeal against the red card was successful.

While David Moyes’ side has been ticking all the right boxes in attack, and led by the prolific Jesse Lingard, they haven’t had things going right in defence. In each of their last five matches they’ve conceded. They’ve let in at least two goals in four of the five matches, and in total have conceded 11 goals in the five league games. Away from home in the league, they have three losses in the last four matches.