Juventus claim a 3-2 win over inter Milan; the game ended with 2 red cards

Juventus claim a 3-2 win over inter Milan as they rise to fourth on the table. Two goals from Juan Cuadrado and one from Cristian Ronaldo sealed the win for the host . They have now revived their chances of playing in Europe's competition next season. 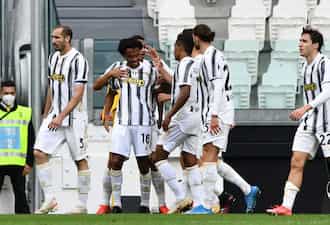 men in the 24th minute through a rebound after his initial efforts from a penalty spot was denied by inter Milan goal keeper.

It was the goal the host needed to set the game in a good direction but Juventus lost their lead when Romelu Lukaku scored from the spot in 30th minute.

With the game looking like it was going to end in a draw Juan Cuadrado step up with a thunderous shot to restore his side's lead in the added minutes of the first half. It was in 83th minute when Giorgio Chiellin scored in his own net to help the away team to level up.

The game was heading for a draw when Juan Cuadrado was brought down in the danger zone while trying to dribble his way into the box, this gave the a lead. Both team finished the game with 10 men each 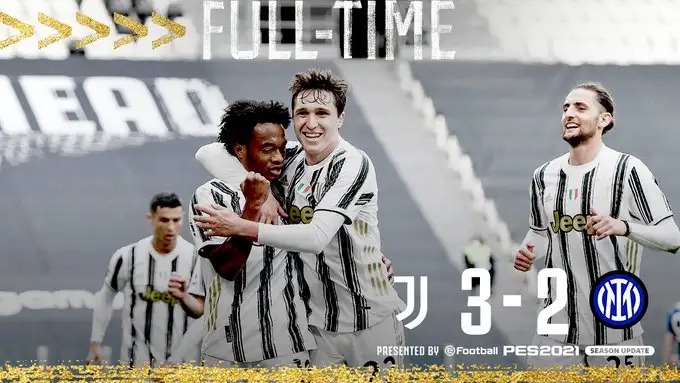