By ChelseaWire (self meida writer) | 1 days 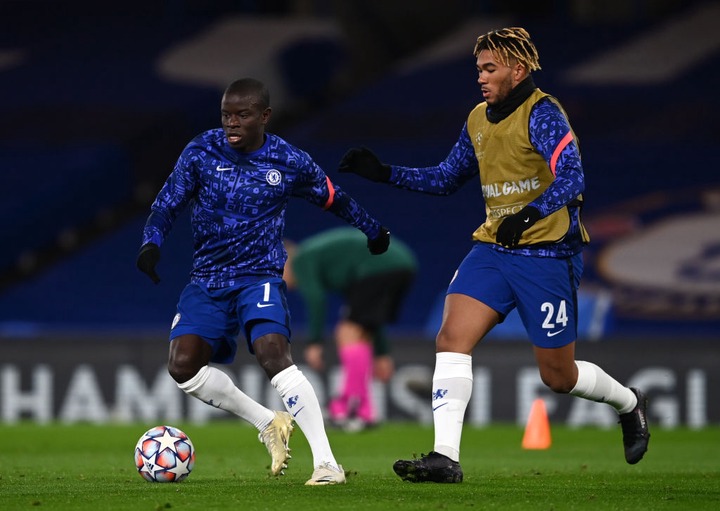 Chelsea defender Reece James has picked his teammate N'Golo Kante, as the player from another country which he wishes could play for his national team England in the European Championship Cup 2020.

Speaking in a press conference, after being asked about another player from his club Chelsea who he wishes could play for his national team, in the European Championship Cup for 2020 which kicks off tonight.

Reece argued that he is chosing N'golo Kante because he is a high dedicated player while on the field. He is capable of covering like three players by running so much and works so much in every game.

“N’Golo Kante, He’s one player but covers like three players. He runs so much and works so hard. He’s such a key player on our team.” Said James.

Others include: Antonio Rudiger, Kai Havertz and Timo Werner for Germany, Andreas Christensen for Denmark, N'Golo Kante, Kurt Zouma and Oliver Giroud for France, Mateo Kovacic for Croatia and Billy Gilmour for Scotland.

Between Lewandoski and Ng'olo Kante, Who Deserves to Win 2021 Ballon D'or?

Wales Come From Behind to Hold Switzerland, Evading Injury Time Scare at Euro 2020

Euro 2021: See A List Of Chelsea Players Who Are With The National Team Playing.