By ArsenalFc (self media writer) | 28 days ago Arsenal are on the run of 10 premier league games without losing. This have seen them continue extending their lead at the top of the premier league week in week out.

Interesting, the Arsenal performance this season is absolutely the opposite of what they were doing last season.

In current season, Arsenal are now on top of the premier league with 7 points clear and they stand a chance to go 10 points clear if they win against Newcastle united tonight.

Looking at the premier league table standings, it will surprise you that, the Arsenal's west London rivals Chelsea who finished on top four last season, with 5 points clear of Arsenal, are now 18 points away. 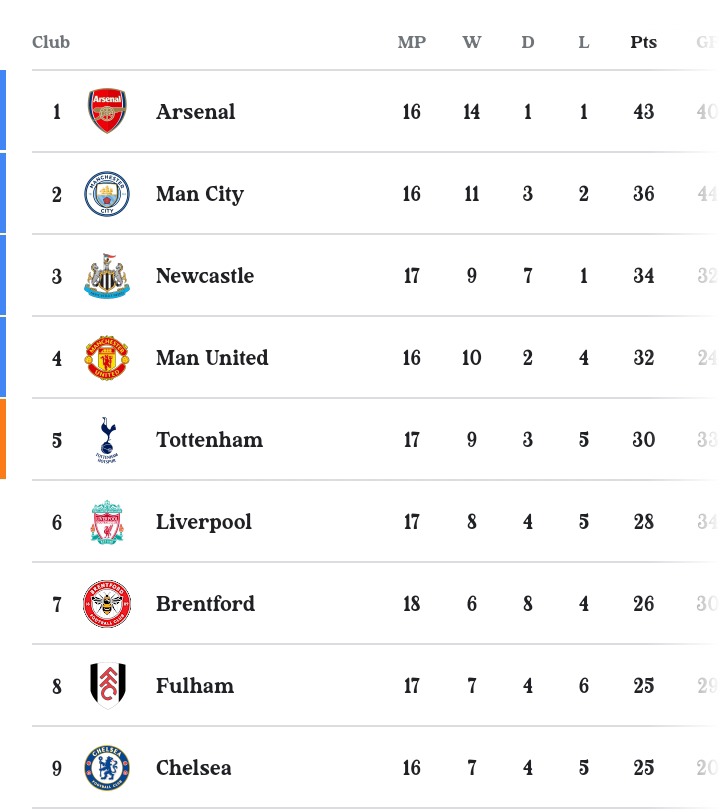 This is even worse to think that, the gap may change if Arsenal wins against Newcastle united and extend the gap to 21 Points. This is the biggest gap Arsenal have had between them and Chelsea in the past two decades.

This is not what probably many people expected of Arsenal this season but football is unpredictable. Arsenal who never finished in top four in the past four seasons, are now the favorite to win the premier league this season. 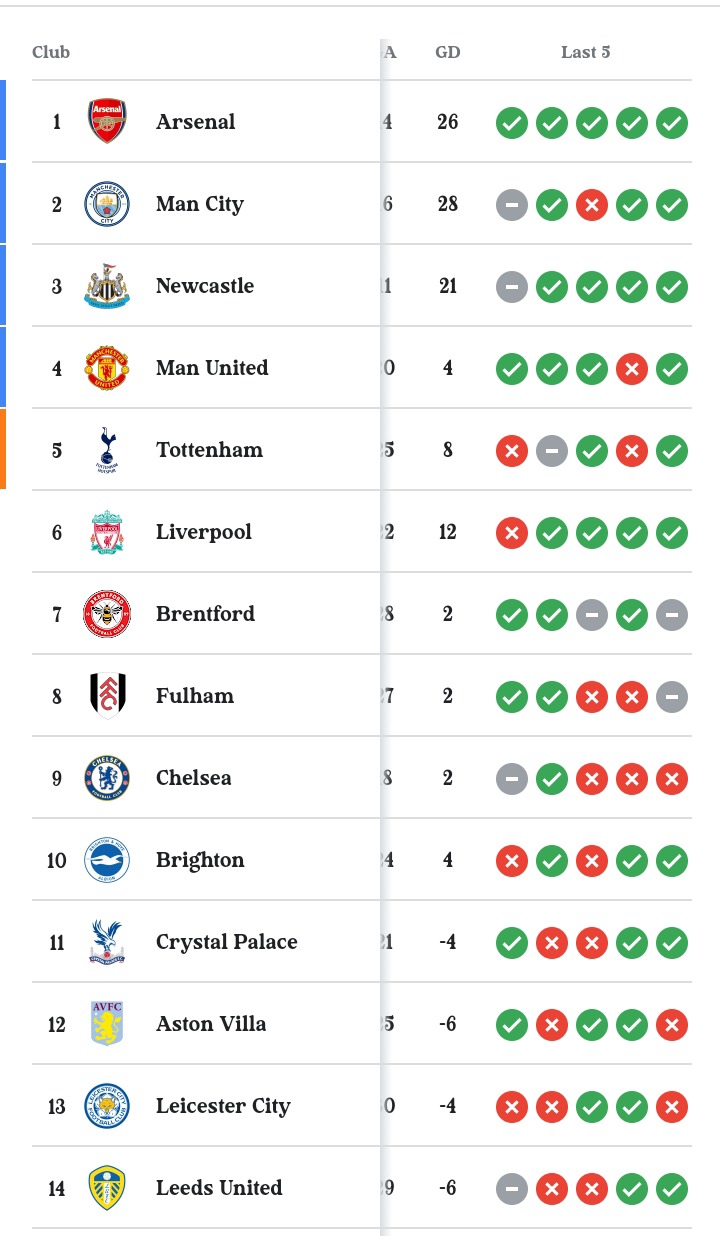 Though it depends on how they will come out of the month of January because they face Newcastle, Tottenham Hotspur and Manchester united. These fixtures are tough but Arsenal have proved to be tougher this season. If they win all of these fixtures, they should be declared winners even before May.

Content created and supplied by: ArsenalFc (via Opera News )