By Knappért (self media writer) | 3 months ago

Diego waved farewell to Brazilian side Atletico Mineiro with speculation rife that he could be returning to the premier league as a Gunner.

Arsenal are desperate to bring in more firepower to replace outcast Aubameyang and are reportedly eyeing a move for 33, Costa who is available on a free. Spain's Brazil born striker won two premier league titles during a three and a half years spell at Stamford Bridge leaving for Atletico Madrid in sour circumstances.

Arteta's falling out with ex captain Pierre Emerick means the north London club are in the market for a new forward. But securing top talent in January is no easy task. Clubs are reluctant to derail their campaigns by allowing players to leave mid season leading buyers pay a premium to secure deals.

Fiorentina striker Vlahovic is believed to be Gunners number 1 target, but the coveted Serbian appears more likely to wait until the summer for a move. Making a short term fix until the end of the campaign more likely, with free agent Costa offering just that. The striker having terminated his contract with Mineiro, Arsenal will have not to pay a substantial fee to sign him.

With only 4 months between now and end season, the Gunners need a striker able to hit the ground running. Being just two points off the top four. Bringing in a player who knows exactly what it takes to score at premier league level could make all the difference. Although it's 4 years since Costa last kicked a ball in the English top flight, his record in the division is not to be sniffed at.

In 89 EPL appearances, Diego scored 52 goals finishing as Chelsea's top scorer in their title winning seasons of 2014 - 2015 and 2016 - 17. Whether he can still replicate that form remains to be seen but you will be hard pressed to find a striker with a better record than his available for nothing this month.

Costa may feel he still has something to prove in England after being informed via a text message by then Chelsea boss Antonio Conte, that he was no longer in his plans. If he joins Arsenal, facing his former manager now incharge of Tottenham in the north London derby would be right up his street.

While the Gunners have made improvement with their youthful new look side, there are still questions over their durability in big matches. They have been almost fruitless in games against smaller teams but their record in high pressure fixtures against the big hitters still leave a lot to be desired. Nevertheless in five EPL games they have played against big teams this season, they are yet to pick up a point. Bringing a player with a wealth of big game experience would do them no harm. 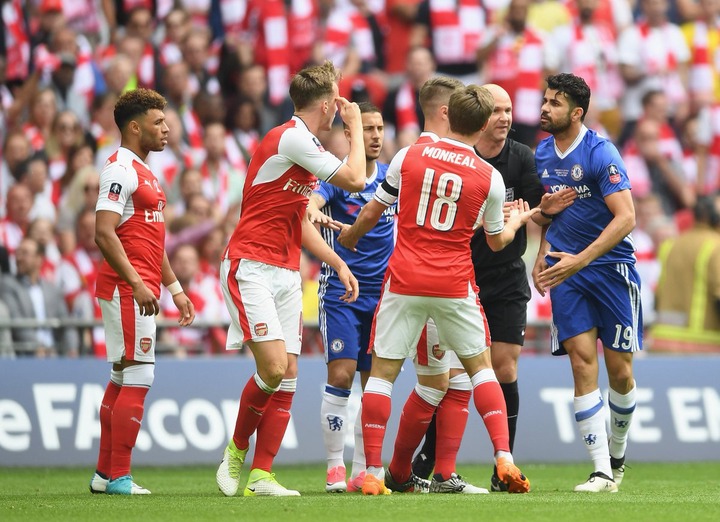 The striker was involved in a spat with Gabriel Paulista during a 2 - 0 victory over the Gunners in September 2015, with the Brazilian defender dismissed despite many feeling Costa should have seen red.

While Diego made himself an unpopular with Arsenal fans back then, they will not mind if he starts to use those antics in their favour.

Tonight's 7 Must Win Games to Bank On and Win Big

Kivutha Kibwana Sends Strong Message to Kalonzo on His Next Move