English premier league has returned from the International break. All football fans all over the world are happy to see the teams they support back to action. The premier league has taken a new look in the game week eight(8). Manchester United fans are the most humiliated people during the match week 8 game.

Arsenal played against Everton in the North London Derby. After playing a total of 90 minutes, The Gunners managed to scope a point from Everton. The game ended in a mere draw of 2 goals against 2 goals. The premier league table has taken a new look after all matches were played. 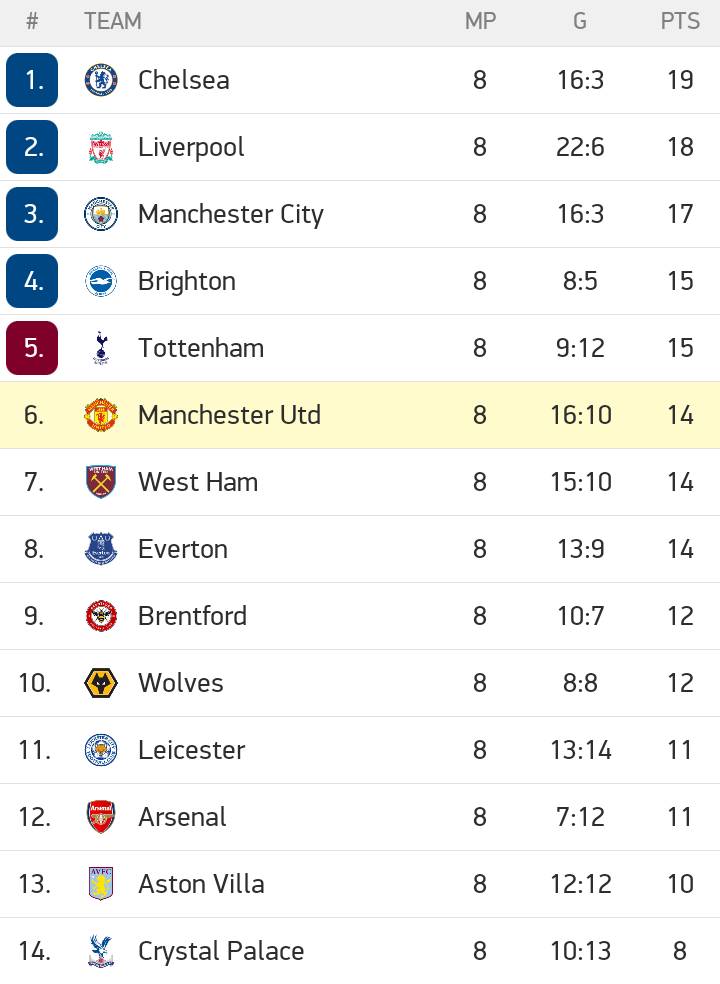 The new table after match 8 games were played. Chelsea takes the lead with 19 points and a goal difference of positive 13 goals. This is after their narrow 1-0 win against Brentford. Liverpool football club takes position 2 after they won 5-0 during their weekend match. Manchester United after they had a disappointing match on Saturday, Manchester United is now placed at position 6. This is after they were smashed a total of 4 goals against 2 by Leicester city.