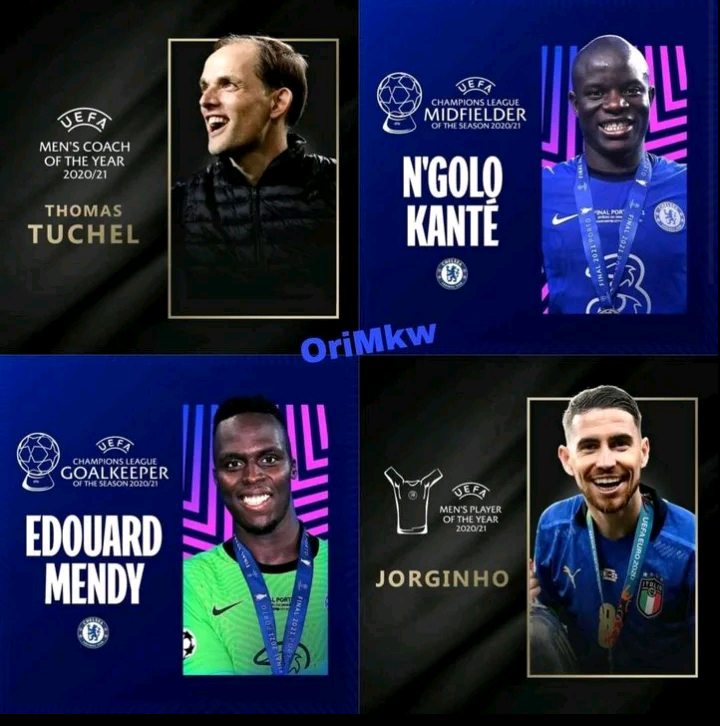 Chelsea have dominated in the UEFA awards during the Champions League group stages draw.

Chelsea midfielder Jorginho and team mate Emerson had the most amazing season after winning the UEFA Champions League, The UEFA Euro's 2020 Italy and the UEFA Super Cup with Chelsea. Jorghinho starred in midfield both for Chelsea and Italy at the Euro's 2020, he therefore walked home with the most important award after being named as the UEFA Player of the Year award ahead to beat team N'Golo Kante, who was named as the midfielder of the tournament.