Best Today's Soccer Matches To Place on and Make Cash

Bolton Wanderers enter this game coming off the back of a 2-2 League One drawn game versus Cheltenham Town.

A common trait of more recent Bolton Wanderers games is the number of nil scores.

From their prior six clashes leading up to this one, in as many as 5 of them a wager on both teams scoring would've been a loser.

In their previous fixture, Fleetwood Town drew 2-2 in the League One match with AFC Wimbledon.

Over the course of their last six outings, Fleetwood Town have helped themselves to a total of 10 goals. Fleetwood Town have also not failed to score on each one of those occasions. During those fixtures, they’ve seen 17 goals scored by their opponents. That trend might not follow through into this match, however. 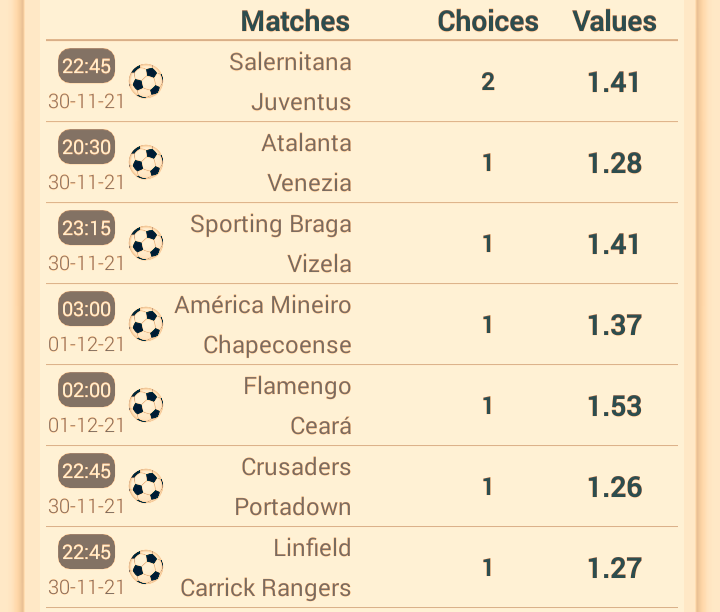 Swindon Town will play in this fixture following on from a 1-1 League Two drawn match versus Harrogate Town.

The only name on the scoresheet from Swindon Town was Jack Payne (83'). Jack Diamond (24') was the scorer for Harrogate Town.

Swindon Town haven’t been able to stop scoring goals, finding the back of the net every time they’ve gone out to play in their last 6 matches.

They’ve totted up the amount of 11 during that period while seeing the number of goals scored against them stand at 7.

In their last game, Colchester United drew 1-1 in the League Two tie with Newport County.

The only name on the scoresheet from Colchester United was Freddie Sears (78'). Dominic Telford (36') scored for Newport County.

Sutton United are hoping to win again after their last result, the 1-0 League Two success over Barrow.

The only name on the scoresheet from Sutton United was David Ajiboye (16').

Fewer than three goals per game were recorded in 5 of the last 6 fixtures where Sutton United have taken part. Regarding the goal weighting from this period, their opponents scored an aggregate of 5 while Sutton United totted up 6. However, it remains to be seen if that trend shall be replicated in this upcoming game or not.

In their previous fixture, Stevenage drew 2-2 in the League Two tie with Rochdale.

Throughout their 6 most recent matches, Stevenage have found the back of the net a total of 5 times, yielding them a goals scored per game average of 0.83.

Harmonize, her girlfriend and ex-girlfriend allegedly enjoy quality time at the same hotel